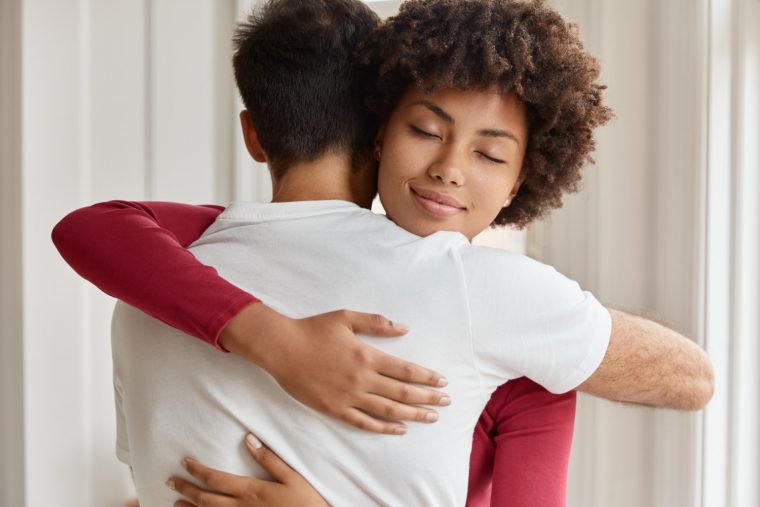 Aries season brings out the Libra man’s diplomatic and harmony-seeking side. He feels more instinctively to take on the role of the peace keeper, wise counsellor, and mediator. Aries is Libra’s opposite, which means he is drawn to find balance with Aries qualities. Libra is a peacemaker ruled by the Scales, while Aries is the fiery, impulsive, and sometimes aggressive warrior. There are certain things you need to know to attract his attention this April.

1. Respect His Desire For Peace

All signs are affected differently by each month. For Libra, April being Aries seasons makes him want to be more connected to his mediating and peace bringing nature. In light of the fiery and powerful energies of the month, he is feeling quite introspective and reflective. His mind is active and he has many thoughts and ideas racing through it, yet he is able to channel this into contemplation and intellectual pursuits.

Your best bet is to connect with him spiritually or intellectually this month. The Libra man will alternate between being very chatty and communicative to being quiet and seemingly reserved… One moment, he will be full of life, vibrant and enthusiastic, and then in another moment he will stop talking altogether. The Libra man likes to observe. He enjoys taking in his surroundings and using his developed skills of perception to establish a psychological foundation.

Respect this trait of his. Even better, know when to talk and when to let him be. Getting the balance right is called for in April. The Libra man is ruled by the Scales after all, the glyph (Astrological symbol) of balance, justice, harmony, and compromise and cooperation. Overall, try not to disrupt the ever-important flow of silence and sound, receiving and giving, and introspection and extroversion.

Handy tip: Fine-tune your intuition so you can know the difference, and know what mood he is alternating between, at what exact time!

In the Zodiac wheel, Libra is directly opposite Aries, and well, it’s Aries season until the 19th. A secret with Astrology is that one is supposed to find balance with their opposite sign. So, Aries is supposed to become more like Libra’s personality – diplomatic, peace seeking, and compromisable. Libra is supposed to balance the Aries qualities of self-assertion, stepping into leadership, and being willful and more direct in approach.

Alas, due to such an “opposite” energy in the sky, the Libra man will be feeling more aligned to his own strengths. He will be wanting to shine his gifts and unique personality traits, stepping into a role of self-leadership and self-empowerment.

Aries is ruled by Mars, a fiery and self-assertive, action-focused planet. Libra and Aries are quite compatible in this respect. But the key difference is Libra uses his self-assertion and masculine energy (being an air sign) to showcase his Venus-like qualities. Aka, a love of beauty and peace.

All in all, it’s not the time to disrespect or overlook the power of the feminine, including introverted or submissive qualities. Just like his own symbol, balance is called for in style and approach. And if you can master the balance needed, you will find a very compromising and pleasurable man – who is a joy to be around!

3. Be Mindful Of Being Too Forceful

One thing you shouldn’t do this month is be too aggressive or dominating. It’s true that Libra is an air sign, thus masculine in nature, but they can also be quite sensitive. The Libra man is ruled too by Venus, the planet of love, beauty, and female sensuality. Well, Aries is ruled by Mars!

Don’t come across too strong or go in with guns blazing. Another side of Aries is how positive and chilled they are, so try to connect this side of April’s energy. Generally speaking, this fiery sign has a positive attitude and optimistic outlook on life. They’re laid-back and easy-going, incredibly fun-loving and playful too. Embody these traits.

Now might be a good time to check out your compatibility as well. Project self-leadership and personal power, just don’t overpower this fairness and equality loving guy. He is turned off by too much aggression or selfish motivations and behavioral displays. It may initially thrill him- the spark might grab his attention and make him feel interested. However, over time he will come to realize it’s not really what he wants.

A flirty and fiery (and somewhat childish) approach only works if you’re both looking for a fling. For a long-term commitment and serious relationship, he wants a woman with grace, poise, and inner serenity. Someone who understands the value of peace and quiet…

In saying this, there is a difference between being too overpowering and forceful, and asserting yourself. If there’s one thing Aries season is good for, it’s bringing the qualities of inner strength, self-assertion, and taking action. Aries is dominant, masculine and forceful but also inspiring, bold and courageous! It’s ok to assert yourself.

Not only is it ok but it’s actually necessary this month, at times. Although the Libra man is a feminine sign ruled by a feminine planet, he is also instinctively and naturally driven to find balance with Aries traits, and is an air sign – air being masculine in nature. He can appreciate going after what you want and asserting yourself.

He also likes to think, he’s deeply analytical and typically prefers logic over instinctive feelings and emotional intensity (usually). So, Aries and Libra are quite compatible. Be fearless in your affections and compliments. What not to do? Don’t try any childish or superficial tactics. It’s a no to emotional manipulation or mind games… Libra may be prone to narcissistic tendencies at times, yet this is not the time to try it. 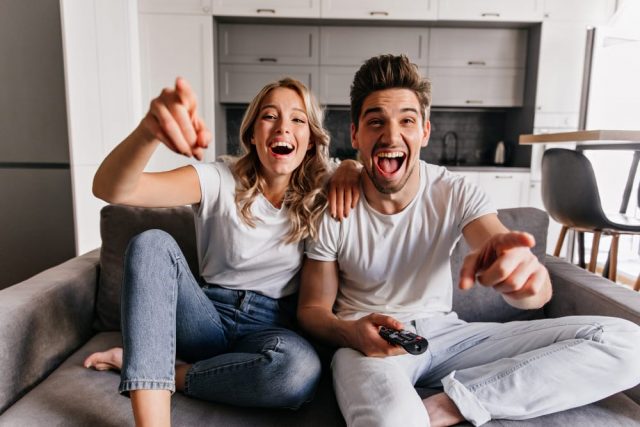 Laughter and a ‘positive vibes only’ frequency is favored this April. Uplift him. Spread some contagious positivity! Either use wit and humor to uplift him or be open to laughing through his wit.

The Libra man has a wicked sense of humor. He loves to educate, inform and uplift others through his wisdom and mental abilities. He can be both serious and level-headed, full with knowledge and helpful observations, and very funny and light-hearted.

If you’re not the one to uplift him then make sure you respond to his desire to be the optimistic one. It’s been mentioned that he can be slightly narcissistic, he does crave the spotlight and enjoy being the center of attention sometimes. Play into it – humor him to find humor. Laughter and genuine joy are effective ways to release stress and tension, and to remove energy blocks.

Laughter instantly aligns and connects us to our place of joy, centeredness, and self-sovereignty. It’s the place where we feel most at home and content, further connected to others. Laugh to uplift and brighten the mood! This will steer you away from negativity and any potential miscommunication or conflict (clashing, disagreements…).

Read next: The 6 Signs And Ways Libra Man Shows That He Is In Love (Maybe With You!)

There’s a New Moon in fiery Aries on the 12th. This brings to light his need for independence within a relationship. Libra may be the sign of harmony and cooperation, but he’s also very independent. He likes his own company for introspective and artistic, musical or intellectual/academic pursuits, or for furthering his career and professional standing.

The Full Moon in Scorpio on the 27th allows him to connect more with his emotions, and further be honest with what he wants in life. Things might get intense, but at least he’s coming from a space of authenticity!

Remember to check out my blog, Libra Man Secrets, for an encompassing account of what makes this guy tick. You might find out something new that will surprise you!

Wishing you light, love, and all the luck in the Universe on your journey!