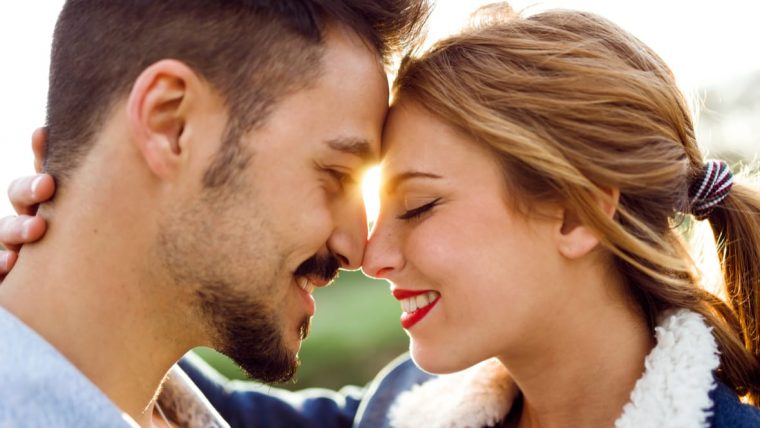 How to Attract a Libra Man in September 2020

Every month, the planets change signs and affect our relationships. Depending on the planetary movements, it may be tough to understand the needs and desires of the Libra man. But with my tips based on the monthly energy, you can draw the attention of a Libra man or improve your relationship with one in September 2020.

Attracting a Libra Man in September 2020

1. Give Him Space to Heal

Are you wondering why the Libra man is emotionally withdrawn and less talkative than usual? Blame it on the restful Sun in Virgo highlighting his twelfth house of healing and ending until September 22.

During this period, the intellectual Libra man is naturally reserved and reflective. He is most interested in spending time alone with the Earth and his spiritual self so he can heal and prepare for a new solar season.

Because of the Virgo Sun’s placement in the Libra man’s chart, focus on creating a safe and sensual environment for him to thrive in. Give him space to recharge.

If looking for ways to stay connected, try writing him a heartfelt email, sending him his favorite meal, or picking up that book you know he’s been meaning to read.

During this transit, it may be nice to take him for a soothing massage, a quiet walk by the water, or a meditation/yoga class.

With Virgo ruling wellness, and the twelfth house ruling Pisces, the Libra man will be most attracted to the woman who not only understands but respects his desire to restore his emotional health.

However, don’t get too discouraged if you feel like the Libra man is pulling away or shutting you out. Because on September 22, the Virgo sun will leave his twelfth house and transit his first house of Libra until October 22.

During this transit, the Libra man will come out of his hibernation hole and re-enter the living world. Just don’t make him feel bad about how distant he’s been when he does.

Instead, let him know how much you appreciate his energy and time. Let him know that his selfless acts of service do not go unnoticed.

With the Sun transiting his twelfth house of ending for the majority of the month, the Libra man’s spirits may need lifting.

As the sign of relationships and partners, there is nothing more uplifting to the Libra man than spending time with the woman and friends he loves. Therefore, one of the best ways to attract and maintain a healthy relationship with the Libra man in September 2020 is to gather with others and inspire him to have a good time.

With Venus, the planet of love and beauty, transiting the Libra man’s eleventh house of Leo from September 6 until October 2, a friendly Libra-approved gathering won’t be hard to find.

If you (or he) aren’t interested or able to be around other people during this transit, try to get the Libra man to at least keep an open mind. When looking for fun ways to lift his spirit, go for something colorful and creative.

If there aren’t any art museums, galleries, or wineries open nearby, host a small sip-and-paint night at home.

Venus in Leo can be a drama-filled transit, so be mindful of your environment.

As a neutral and peace-oriented sign, the Libra man may find it hard to say no to others. If you notice that the Libra man is giving in too easily, remind him of his worth.

Although it may seem redundant to always reinforce his self-esteem, right now it’s what he needs. Give him all the support and encouragement you can.

He would do the same for you.

If you don’t know already, the Libra man loves to talk.

With Mercury, the planet of communication and thought, transiting his sign from September 6 until September 27, this month is the perfect time to set aside your fears and really get to know the Libra man.

However, with so much conflicting energy this month for the Libra man, be willing to listen without interruption. Although the Libra man wants someone who will maintain a conversation with him, right now he’s solely focused on expressing himself.

It doesn’t matter if he’s telling you a story about his best friend as a kid or why he decided not to go to college. Regardless of the conversation, during this time he is attracted to the woman who will actively listen to him. So turn on your listening ears.

On a positive note, I’ve found that Mercury in Libra inspires the Libra man to be more confident about who he is and what he brings to the table. So, if you’ve been waiting for him to express interest or make the first move, it may be happening sooner than you think.

Just remember that until September 22, the Sun will be highlighting his twelfth house of ending in Virgo, so be patient with him as he slowly opens up and shows you his heart.

Read next: Your Libra Man in Love – This Is What It Looks Like – 4 Signs

When it comes to marriage and partnership, the Libra man is easily thrown off balance.

Depending on who he is dating and where he is in life, he may have a hard time being assertive or establishing relationships that truly satisfy him. As a natural people-pleaser, the Libra man is sometimes passive and inconsistent. But that’s because he’s not being honest with the kind of love or relationship he seeks.

However, with Mars in Aries stationing retrograde in his seventh house of relationships on September 9, the Libra man will be forced to slow down and evaluate his approach to love and matrimony.

Mars’s retrograde from September until November 13 is an opportunity for him to gain composure, find his balance, and re-establish his romantic needs. During this transit, he is most attracted to the woman who is compassionate, affectionate, and fair-minded.

He wants someone who knows how to give as much as they receive.

If looking for ways to bring the balance back into your relationship, make sure you’re actively pitching in and helping out. Don’t be a leech.

If you want to win the Libra man’s heart, do something nice without him expecting it or asking. For example, if he cuts the grass on Sundays, pay someone to do it for him so he can take a day off.

Overall, if you want to attract a Libra man in September 2020, I suggest giving him space to heal, being a positive influence, listening to him, and intentionally doing your part.

I’ve found that September 2020’s energies inspire the Libra man to get serious about how he sees relationships and the way they fit into his new life.

If you’re looking for guidance on how to attract the Libra man, my guide Libra Man Secrets is better than any daily, weekly, or monthly horoscope app you’ll ever read. Instead of just giving you the basic knowledge of the Libra man, I share real-life stories and examples of women who have been where you are and have overcome their challenges and are now living the love story of their dreams.

And while you’re at it, go ahead and find out the compatibility between you and your Libra man with my free quiz. It’s an easy way to see if you have what it takes to make it in the long term.

Have you noticed these astrological influences on your Libra man? Let me know in the comment section below!