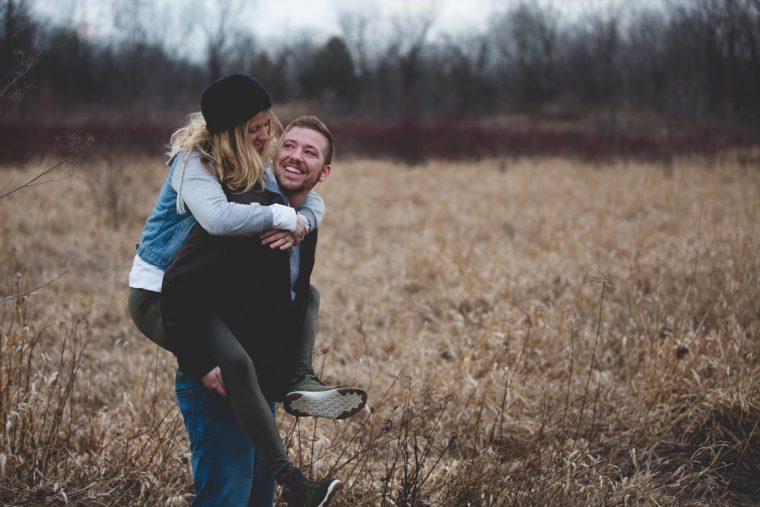 October is the Libra man’s domain, and he should be feeling great since it’s his season! Is it all so peachy and colorful as it seems to be, or is there something lurking in the shadows that remain to be seen…?

The New Moon will be a quite intense experience for a Libra man, his first house of self will be strongly illuminated – but will that light be spoiled by Mercury’s retrograde?

The Full Moon will definitely treat him better than the New Moon, but that transit is not without its challenges, too. All in all, it really is a very good and prosperous time for his romance. One thing’s for sure: he’ll learn a lot about himself and his love interest or partner.

As the stars change and progress, the end of the month can turn out very prosperous for the Libra man, he just needs to buckle up and enjoy it as best he can. He should also remember to be grateful, for he is one of the luckier signs this month.

If you too want to find out what this month has in store for the Libra man, then feel free to keep reading and immerse yourself in what the stars have planned for him. Happy reading and Happy Halloween!

The beginning of the month brings beautiful things for Libra man as his ruler Venus illuminates his second house of income and material pleasures. Despite it being in Scorpio, the Libra man knows how to sail these murky waters (he is the king of emotional sails, after all).

His ego will be fortified thanks to the Sun transiting his own sign at the beginning of the month, so he will be in the mood for all kinds of tricks and treats. It’s a good moment to spend time together experiencing the world of corporeal pleasures. Going to a nice dinner with even a nicer dessert with fine wine or champagne is a great idea right now.

He’ll find support in one of his friends that lives the good life, and if he succumbs to the “fine print” that Scorpio Venus hauls with it, he’ll be out of that funk very quickly thanks to that cheerful friend. The Libra man will also deal with a situation at home that may threaten to get out of hand, but the stars predict success for him in this area too.

There is a challenging aspect that activates his eighth house of partner’s money, inheritance, and sexual pleasures, so it can be a good idea to delve deeper into his subconscious cave and see what troubles him on a soul level. He’ll be more open to honest and emotional conversations during this period, so don’t miss your chance to get to know him better.

The New Moon activates his first house stellium, this will truly be a fruitful time for him to begin new ventures and explore new things that have to do with his body, heart, and place in the world.

His ruler Venus will be continuing her transit through his second house of finances and that, coupled with the big stellium in his first house of self, will bring him some very good news and very good times, indeed!

What he needs to be careful of is the retrograde walk of Mercury, which is also in his first house. This implies that miscommunication on his part, although very diplomatic and of fine manners, is still a very real possibility, which makes for plenty of opportunities for the mood to turn sour.

My advice is to take everything he says (aka miscommunicates) during this time with a grain of salt. It’s tough having Mercury Retrograde in your first house, especially if it aspects the planet of action and planet of love, so his deeds might be telling you one thing, while his words may be saying another.

Trust his actions and the energy you get from him during this time, and find forgiveness in your heart for any ill words you might hear from him. It’s hard for him to realign his heart, mind, and attention during this time of slight confusion.

It really is a good time for new beginnings for the Libra man, so keep that in mind during this New Moon and try to match his enthusiasm – it can pay off well in the near future!

The Full Moon, although challenging, will teach him some very important partnership lessons as it illuminates his house of love. Venus has moved to his third house and to a more positive sign that he’s more in tune with – Sagittarius. Although the Full Moon makes an opposition with his Ascendant, it also brings positivity to his relationships.

If given the chance, he will make up for all of his miscommunication and possible back-handed compliments he gave while Mercury was retrograde. This Full Moon will create a chance for a positive culmination of his relationships, and the making of a long-lasting foundation of a current love narrative.

It’s a given that he will experience a level of insomnia during this Full Moon, as it’s heavily aspecting his first house, but he will use that sleepless time to elaborate on his words and deeper feelings that usually stay just below the surface with him.

He’s going to be really brave and open during this transit, so make sure to use this time to do the same – be open and direct with him. Share the parts of yourself that you haven’t before and tell him something you have wanted to for a long time. Libra man loves romance and he’s all about those candle-lit dinners with rose petals and red colors, so go for it if circumstances allow.

A great mood from the Full Moon continues for the Libra man, and the end of the month will see him in an even merrier and more romantic mood. His first, third, and fifth houses are illuminated, which means that he’s in the mood for some lovin’!

He’ll want to go on autumn-inspired dates, trick and treating, and he’ll want to share his good times with his lovely lady. This Halloween will be very important for him in the love department, and he’ll want to spend it in the best possible way. So, if you can, help him to make his wish come true!

He’ll be extra charming during this period, as Mercury will still be in his first house of eloquence and beautiful words, but it will leave its shadow walk, so he’ll be back to his regular super-charming self. He’ll also be in the mood for spending money of finer things in life, especially things that have to do with fulfilling sexual desires, so watch out for that too.

The Libra man has it good this month; he’s one of the rare signs that can say they had a great October despite the challenges, so feel free to enjoy this spooky month to the best of your extent, there’s no reason not to!

If you’re still filled with doubts or worries about your relationship with a Libra man, then why not take a look at my new VIP consultation offering? This is a wonderful way for you to find about more about yourself and the keys to unlock the most amazing romance yet!

Wishing you all the love and happiness in the world.