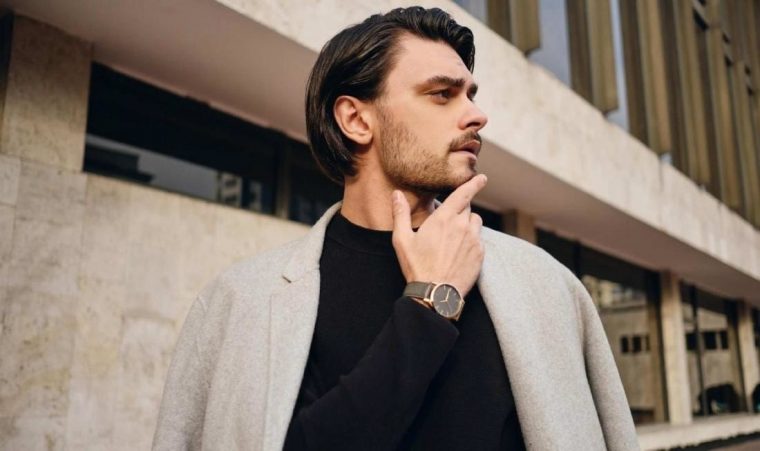 Hello, my lovelies, how are you? Great, I hope – and ready for this month’s predictions for the Libra man, for we are about to embark on one wild ride… So, hop in with me, and let’s go!

The beginning of the month puts the Libra man in a strange mental place. You can macerate his moods by inviting him to group settings and friendly outlets that offer a light, yet intellectually simulative atmosphere.

The 10th of March offers some very nice traveling and romantic-retreat prospects. Don’t be afraid to talk and dream big – you never know how the tides of luck and romance might turn. Include verbal foreplay (even if you’re in a public space) in your dates during this transit, it can turn out to have quite an effect on him!

The Full Moon brings some trouble with mental or physical health, but in every other aspect, it’s good news and a blessing for him. His fifth house is very well aspected right now, so make sure to make the best use of it! Be as flirty and as open with your verbal fantasies as you want; it’s the perfect moment to hook him on your creative mind.

The end of the month brings a fireworks finale to the month of spring, and it opens up new love chapters in the Libra man’s life. His intentions are getting serious undertones and his heart is getting tied down to his love interest or partner. It’s a great time to go on adventures and have adrenaline-pumping dates right now.

In My Own Head…

This month’s beginning holds a few romantic undertones for the Libra man, but his main focus is family and health. There could be a lot of changes in his work life.

The New Moon conjuncts both the Sun and Jupiter in Pisces, in his sixth house of health and work. This means that blessings will shower his work life and he’ll receive good news at his workplace.

But his ruler, Venus, is locked in a tight (and suffocating) conjunction with Mars, Pluto, and Vesta in the dry Capricorn, in his fourth house, so home life and family relations are reaching an unpleasant culmination.

I’d like to say that there’s a pleasant vibe from Aquarius, his fifth house, alas Mercury conjuncts Saturn exactly, and although both of these planets feel good in Aquarius, they are very fast and dry – his sense for romance will feel detached, and somewhat even sharp. Especially his words.

His usual flintiness will have earthy undertones, and his sweet talk will sound more like logical nihilism rather than Venusian pink hues. This means that you shouldn’t expect a peak romantic performance from the Libra man at the beginning of March.

If you want to push for some romantic dates and activities, then go for group settings and boardgame clubs with mutual friends. He’s bound to feel better (about himself and you) if he’s using his wits in a creative way and if he’s winning, even if it’s just a game.

I Was A Born Dreamer, Baby

The first Half-Moon on the 10th of March puts him in a much lighter mood. Both Venus and Mars move away from toxic Pluto and change the scenery from Capricorn to Aquarius. Juno is there as well, and these two planets are still far away from Saturn to feel its heavy influence.

This means that the Libra man’s romantic inclinations will be invigorated and he will become his flirty self again. You can expect innovative and interesting date invitations. He will be prone to some kinkiness (more than usual), and verbal foreplay will be the theme of this transit for him.

Mercury enters Pisces, it might bring some misunderstandings at work, but knowing the Libra man’s mild temperament, he’ll make it work with his charm and diplomatic nature. The Moon is occupying Gemini, his ninth house, and there it conjuncts Lilith; this draws his thoughts to long-distance travel and activates romantic-trip fantasies.

You can use this to get closer to him and activate his natural fairytale inclinations in romance. Who knows, the Luck might be on your side, and your mutual daydreams might turn into a reality through a very happy weekend retreat and sensual nights spent next to a body of water. This is why it’s good to dream big and live out your fantasies.

The Full Moon activates the Libra man’s twelfth house in Virgo, as well as his sixth house. This might have some influence on his health and mental fortitude. If that’s the case, show kindness and patience towards his inner struggles.

Otherwise, this lunation brings good luck at work for him, even some long-overdue recognition and possible salary raise.

In other news, his fifth house of romance, fun, and good times is going strong. Venus and Mars are still in conjunction, but slowly getting further away from each other, this is good for the Libra man as his ruler, Venus, doesn’t prefer to stay for such a long time under Mars’ grip.

Both of these planets are now far from Pluto and Saturn, this means that their romance-oriented influence is just right, and the Libra man will exhibit some very romantic behavior and wordplay thanks to Aquarius’ fast thinking and witty qualities.

It’s a good time to spend the sleepless nights by each other’s side, indulge in romantic foreplay and sensual skinship. If the chance doesn’t allow for face-to-face presence, then make sure that your texts are as hot and steamy as a Finnish sauna – it’s the right time to show your sultry moves and verbal prowess when it comes to flirting.

My Eyes Shine Just For You

The end of the month is a majestic and powerful new beginning for his love life in general! The Libra man will be mighty blessed come March 31st! The Moon, Mercury, and the Sun are conjunct in Aries, his seventh house of love and marriage.

Jupiter and Neptune are conjunct in Pisces, his sixth house of work and health – good news and blessings abound in these areas of his life. And Mars, Saturn, Juno, and Venus are conjunct on Aquarius in his fifth house.

This means that he will be very love-oriented and he will be consumed with romantic feelings and thoughts for his partner or love interest. It’s the most likely time he’ll make a (serious) move where his relationship is concerned.

You can expect invitations for dates, passionate feedback from his end, and all those steamy text messages and hours you’ve invested in your communication are going to pay off now, and in what a manner!

The Libra man is ready to take his love life to the next level, and Saturn’s influence is only going to make it wiser and more mature than ever before. What a time to be alive and be romantically involved with a Libra man…

It’s a good moment to go on action-packed adventures and heart-racing dates, as well as spend steamy nights in secluded cabins somewhere in scenic nature together.

Read next: How To Flirt With A Libra Man Over Text: Cute & Clever Examples

And there it is my lovelies – March predictions and horoscope for your Libra man! Quite a love story, isn’t it?

Stay safe, have fun, and be positive; March is a promising month and it brings good things to those who have done good in the past. And to those who haven’t… well, it’s never too late to start fighting for the higher cause.

I write these articles so that they apply to everyone who is with a Libra man. While generally correct, you could be feeling as if your specific situation was overlooked. I won’t have my dear readers left feeling this way without guidance.

I pride myself on my connection with my audience. I never want you to finish here feeling like you didn’t receive enough help in your relationship.

I created the VIP Consultation services in order to find those that need my one on one, personalized attention. It’s a way for me to get to know you and for you to gain personalized insight into your relationship.

Wishing you love and light on your journey this month with your loved one.