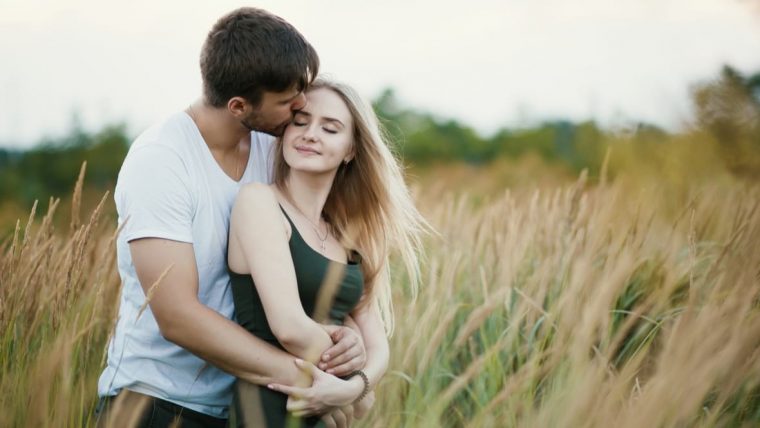 Do you find yourself completely enamored with a sultry Libra man and wonder what you have to do in order to keep him? The Libra man in love wants certain things from his partner to maintain a lifetime connection. Keep reading for more details on what you can do to keep his fire burning high with you.

The Libra man is someone who can see both sides of any situation. He’s a sought after man due to this reason. He can see his side of the relationship but he can also see yours if you are invested enough to tell him how you feel.

The thing is, the Libra man is also quite sensitive and sometimes he may not take what you’re telling him as easily as you would imagine. However, he will think it over afterward and will actually do his best to understand what you indicated.

You’ll need to basically do the same thing with him. Libra man is looking for a partner who will be objective just as he is to so that a strong relationship may be built. A Libra man in love will absolutely do his best to “get” you.

He doesn’t like anyone coming at him with anger. He will shut down and he will not want to listen to you. The best way you can talk to him about what you’re feeling or what you need from him, do it in an objective style.

You’ll find him to be far more sensitive to your needs when you let him know what you need from him. When he doesn’t know, he will drive himself nuts trying to figure it out.

Remember to look at all sides of the coin so that no matter what the status is with you two, you’re able to make the right moves, say the right things, and maintain a very open system of communication for the two of you.

Always Flirt With Him

Many, if not most, Libra man seem egotistical but the truth is, they’re rather insecure. That being said, you’ll need to slather him in adoration and flirtation to make him feel wanted.

I wouldn’t come off as needy, however. That will turn him off quickly. He loves independent women that can take care of themselves. The twist is, they act fiercely independent but secretly they love being taken care of.

Libra men love attention from as many people as possible. When it comes from women, he feels particularly alive. If you’re the jealous type then you may not dig this part of him.

However, if you trust him then you realize that you’re the one he ends up with at the end of the day. He isn’t a cheater in the sense that he will overstep boundaries but he will flirt.

This is something that cannot be taken out of the Libra man’s nature. This is what makes him so desirable. If you’re the jealous type, you’re going to need to learn to trust him because if you don’t, he will move on eventually.

Libra man doesn’t like conflict or drama. If you’re creating drama because of his flirtatious nature, he will re-think whether or not he wants to actually be with you. He wants a calm environment as much as possible.

When you’re with him, flirt with him as though you just met him. He’ll love it and he’ll know how much you still care. This is even relevant after being with him for several years. He still wants to feel wanted by you.

This man loves to be a romantic type of partner. That being said, he requires a woman who will not only appreciate it but give him romance as well. Surprise him with wonderful gifts out of the blue.

The funny thing about him is that he’ll often say “you shouldn’t have done that” or “you didn’t need to do that” but the reality is, he thinks you’re very sweet and thoughtful which turns him on not to mention makes him fall for you.

To keep your Libra man thrilled and keep his fire burning, make sure that you romance him whenever possible. I wouldn’t do it constantly because it will become less exciting but do it periodically to freshen things up.

Try new things in the bedroom to keep it sexy. If you have a great sex life with him so far, keep those fires burning. Don’t allow things to become dull or lack excitement.

Find out if there is anything he’s never done and would like to try. You’d be surprised how something so simple will be something he’s never tried. When you do it for him or with him, he’ll get such a sexy thrill out of it that he’ll fall in love all over again.

The Libra man in love is definitely someone who will be very giving in bed. He doesn’t mind being told what to do, being submissive, or being more dominant according to your preferences.

He does however, require for you to make the first move or let him know you’d like to be intimate. Sometimes he’s guilty of scheduling it if he’s too involved in his work/career.

If this is the case, you’re going to have to be more spontaneous and let HIM understand that you want it now, not later. If he loves you and adores having sex with you, he’ll do what you ask.

You can always go for feeling him up when he least expects it and see what he does. Perhaps cook him a nice dinner and then start rubbing your hand along his legs, up his thighs, until you’re nearly touching his “package”.

If he resists you then there is a bigger problem that must be addressed. He should go for it and he will keep his idea of you being the best sex of his life fresh in his mind. This will definitely help you in the long run!