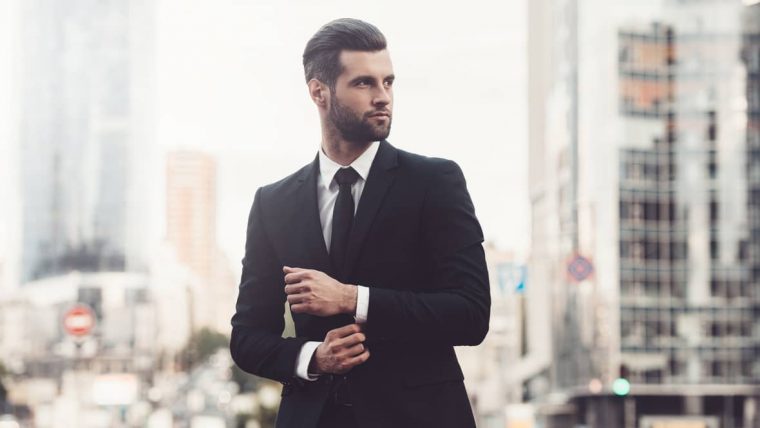 Hi there, lovies! How have you been? Just peachy, I hope, because it’s that time of the month again – predictions! Yay! So, let’s dive right in and see what comes the Libra man’s way in this mighty month of April…

The beginning of the month makes a uniquely perfect opportunity to get together, get engaged, or get married – wow, yes, we are starting off strong! If there’s a baby on the way, then the baby will arrive; if you have unprotected sexy time, then you can (and probably will) get pregnant, so watch out!

As big as this month starts, the end of the first quarter doesn’t bring a festive mood. Instead, it triggers a chain reaction of suffocating emotions and situations that are blown out of proportion for the Libra man. It’s better to resolve alarming issues in a relationship right now than to wait for the Full Moon. Heed my advice…

The Full Moon will grab the Libra man by surprise, but this time around he has the higher ground compared to his partner or love interest. During this transit, a lot will change in his life and he’ll come to have a lot of realizations about himself. But he will be in a very romantic mood, and he’ll seek out romantic company and pleasure on a daily basis.

The Black Moon writes the beginning of a new chapter in his life. The Libra man is ready for major changes and his daily life is sprinkled with romantic joy and love glitter. He is ready for May and for celebrations of new life and new victories. Celebrate with him!

Love Is In The Air

The beginning of the month highlights the Libra man’s seventh house with the fastest New Moon! The Moon conjuncts the Sun, Mercury, and Chiron in Aries, and its ruler, Venus, is on the last degrees of Aquarius, together with Juno, Saturn, Mars, and Vesta. This is important because two of his love- and romance-focused houses are shining brightly.

This means that the Libra man’s entire focus, desire, and energy will go into his love life and relationships. This is a perfect time to start a new relationship, get engaged, or get married!

Going out in nature, going out on active (adrenaline-inducing) dates, and having a blast in a toxic-free environment is a must during this period – trust me. Just kick back, relax, and let the Universe take the wheel.

Considering the position of the North Node, Uranus, and Saturn, this transit is a very fertile time for the Libra man, so some unexpected pregnancies and births might happen during this time. Just keep that in mind…

Around the 9th of April, the Moon will be in Cancer, the Libra man’s tenth house, and Venus will move into Pisces, his sixth house. This means that a dashing new addition will be added to his team of peers at work. And it’s possible that a romance at work is blooming…

If there were changes in his household (like a new baby for example), then he is going to have a hard(er) time digesting his new fatherly role. Or adversely, he might experience some problems in a relationship with his father or older brother.

Mercury is preparing to leave his seventh house, so his partner might have a lot to say about his performance and investment in a relationship in general, and some of it might not be nice. Jupiter and Neptune are conjunct in Pisces, so there’s possible fog and illusion at work, as well as with his health. He’s advised to check his veins and blood pressure.

It’s a good time for diplomatic dates, middle ground, and resolving issues before the Full Moon and before Mercury moves into Taurus. Once it does, there’s not going to be a lot of room for change in thinking and diplomacy if you have different or opposing opinions.

The Full Moon And A Cosmic Bag Of Surprises

The Libra Full Moon on April 16th is bound to create some friction between the Libra man and his lover or love interest. However, at this time, the planets are on his side as the Moon is conjunct Vertex in his first house of self, and Mercury has left Aries and is now residing in Taurus, conjunct Uranus.

His sixth house of health and his eighth house of sex, taboo, and hidden desires are both (over)active and there’s a lot going on in these two houses. This means that some secrets will be revealed and the Libra man’s daily life will likely be turned upside down. This here is a culmination of all things mixed in one for him, and it has been a long time coming.

Your Libra man will have his hands full, but his libido will be amped up as well. He will seek out romantic outlets and love in his daily life. So, if you two are on good terms, then it’s a perfect time to make everyday romance heaven and to make every day count, love-wise.

The Libra man will feel good during this transit, despite his lack of sleep, and he will find out things about himself that will make everything else have sense, especially his love life and love patterns he’s been exhibiting in love relationships his whole life.

This second New Moon takes place in Taurus, together with the Sun, Uranus, the North Node, and Fortune. This whole party lights up the Libra man’s eighth house of sex and partner’s possessions.

This means that there’s going to be a lot of internal changes – within himself, in his family structure, in his perception of the world and intimacy, and within his own sexuality. Something new will emerge from this New Moon, and it’s something none of us could predict, not even himself.

But it is something he’s been assuming and feeling from within his whole life… So, brace for change.

Jupiter and his ruler Venus are conjunct on the exact same degree in Pisces, and Neptune is there in the mix too. Mars is also in Pisces, as well as Juno – it’s a whole party… This means that his daily life will be blessed with a lot of romance and love.

Saturn conjuncts Vesta in his fifth house of pleasure and love, so it’s a good time for a new relationship to start as well. Especially if the relationship is of karmic nature and he has a feeling like he’s known his love interest for years…

Long-distance travel is also a major possibility right now, thanks to Mercury entering Gemini – his home residence is now making itself at home, as it should.

Additionally, the Libra man is the one sign of the Zodiac who will probably feel the two New Moons within this month most intensely, and he’s the one sign who will undergo the most changes throughout the month of April. It’s very interesting to see how his daily life will play out, as Venus and Jupiter are out there to make sure he has one of the most romantic months in the last couple of years!

I know that it can feel impersonal just to read my general advice on my horoscopes. If you ever feel this way then take advantage of my VIP Consultations. I created them so that I could get more in touch with my followers, one to one. Move fast to book a spot though!

Wishing you a wonderful April full of love and light. I’m looking forward to seeing you here again next month!