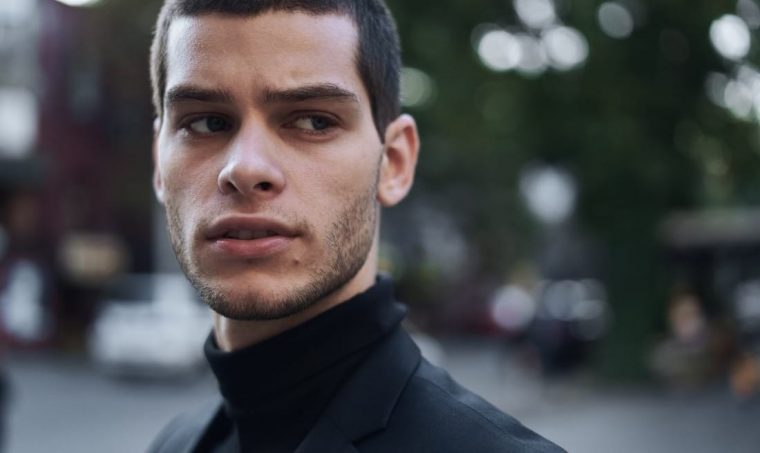 Hello, dear readers! Summer is in full swing and we are onto one scorcher of a month – that goes for temperatures and the heat that Leo season is thrusting upon us! No sign of the Zodiac is safe from this big, fiery Leo vibe… so let’s find out what the Libra man will do with this bold and bright energy!

The first week of August puts the Libra man in a generally good mood – he is ready to rumble, as his libido will be very magnetic and electric. Since this is the time of big Retrogrades, be cautious of pregnancies and causing big life changes with behavior.

It’s a good time to go out and about, into the world and to mix with the popular crowd and “important” people. Be social and be brave; that’s the advice for this first week.

Unlike most signs, the Libra man will have a nice culmination during the second week of August thanks to the Full Moon in Aquarius. This takes place in his fifth house, and despite the Retrogrades and conjunction with Saturn, this Full Moon brings luck and blessings to his romantic life. He can expect to have a good time with his lover or partner and to mentally explore the inner dimensions of her being.

The third week of August puts the Libra man in a productive and busy mood. He’s more focused on advancing his position at work and his career right now than he is dating. Plus, a long-forgotten blast from the past will give him a call and tempt him to go back to some previous patterns. Travel or vacation is quite possible for him at this time.

The fourth and final week of August puts the Libra man in a very constructive and ambitious mood. He is ready to excel in his work and share his ideas with the world! What’s more, he’s also ready to engage in pleasurable and unpredictable romantic (and sex) acts and to see where those take him.

At the beginning of the month, the Libra man will be both focused and blessed in his career field. He will feel good for the most part of the first week, and his finances will see a hefty increase. His libido will be very high and electric during this time, combined with Saturn Retrograde, this will make for a perfect time to make babies.

So, if you’re not up for that, or your relationship is not yet in that (committed) stage, I suggest heavy usage of preservatives and abstinence.

His mind will be very rhythmic and logical during this time, and he will be prone to overthinking and anxiety, especially when his fears and phobias are concerned. It’s a good time to go on adventures and to explore each other’s limits through fiery situations.

It’s also a great time to go out and be social. Especially if you’re called to attend some fancy or gala events. The Libra man should abstain from alcohol usage, taking into account Neptune Retrograde in his sixth house, as he should keep a sober head on his shoulders during these unpredictable times.

A Change Of Pace

During the second week, the Libra man will be verbally open, confident, and charismatic. He is ready to be seen and to be loved by everyone. A need to be socially accepted and cherished arises in him.

On the 12th, there’s a Full Moon conjunct Retrograde Saturn, and Jupiter Retrograde is conjunct Fortune, this will give a different experience to the Libra man, than the rest of the signs. He will be very romantic during this Full Moon, and he’ll want to experience the most lovey-dovey moments with you thus far.

This is a perfect time to talk about each other’s hobbies, spend time playing with pets, and live in the moment. It’s a great transit for all intellectual stimulation and getting closer on a mental level. Don’t be surprised if you discover a culmination of energies in the form of developed telepathy between the two of you, during this Aquarius Full Moon.

You should play video games and board games together, watch documentaries on aliens and space exploration, and make home-cooked dinner for each other during this time.

During the third week of the month, the Libra man’s focus shifts to monetary matters and travel. On the 19th, don’t be surprised if he suddenly packs his bags and takes off to go somewhere crowded. This is a perfect transit for vacation, and the Libra man loves to travel and explore new cultures.

He’s also ready to be in the spotlight with all the major players around him, so it’s not impossible that he’ll have to travel in order to show his dedication at work, which can propel him to new heights and pay grades.

This is a good time for him to get some distance from his lover or partner, and to ponder what this relationship really means to him. He might get a call from a past lover, and this could put him in a tempting state to try the forbidden fruit one more time.

His mind will be extra logical and calculating this week, so he could take advantage of that by tackling multiple projects and planning a trip while also excelling at work. He is not in an emotional mood right now, he’s on a professional roll, and he will want to unwind once he goes on vacation.

Reach For The Stars

During the fourth week of August, the Libra man continues with his professional advances, and he might also be exploring some uncharted territories and cultures if he actually went on his vacation.

On the 27th, there’s a New Moon in Virgo and Mercury has moved to Libra. This makes him very optimistic about his new ventures and projects, and also, this makes for a perfect time to start something new and profitable that has to do with human relations.

His love life has taken a back seat for now, but knowing the Libra man, nothing is off the table when it comes to romance, so he might end up finding a good flirt among his lady friends or abroad.

Now is a great time to listen to his ideas and plans, start planning with him, and show him just how valuable and inventive you can be. The Libra man has the opportunity to fall in love all over again, but that opportunity is closely tied to sex and unpredictable sexual experiences that can take place during this time.

Read next: How To Become A Priority For Your Libra Man

And there you have it, my dear readers – the Libra man’s moods and opportunities summed up for the hottest month of the year. His mood will be even, for the most part, his focus will be on career and professional matters, but this is not to say that he will forget about romance.

How could he? He’s the most romantic Zodiac sign, after all, and you’ll witness that around the Full Moon in Aquarius on the 12th. That Full Moon is a perfect chance to go deeper and explore each other’s minds while the energies are high.

You should give him space around the New Moon on the 27th, but not too much space, no matter where he is. Make him think about you, even if he’s not next to you, but give him enough autonomy so that he can enjoy his vacation even without you by his side.

Some of these moods, benefits, and changes are going to feel different for individuals than I have explained here. While generally accurate, these predictions don’t reflect the entire depth of information found within your partner’s Birth Chart and your own.

Wishing you light, love, and all the luck in the Universe on your journey!