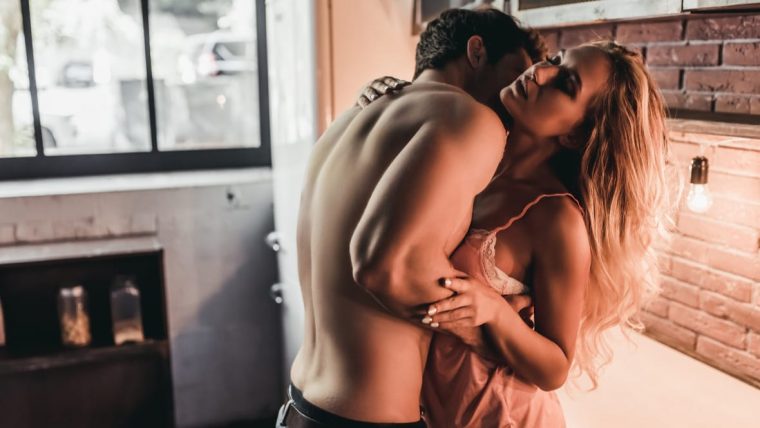 Hello sweethearts, how are you? All is good, I hope, for we are about to delve into the December horoscope for the Libra man.

The beginning of this last month creates focus on his communications, short trips, and time spent with his extended family. He’ll want to squeeze as many dates as possible in, too, and he should, for Jupiter is soon leaving his fifth house of pleasure…

Midmonth puts the Libra man on the spot, especially with his family. It’s not better on his romance front either, for he will be unable to remain diplomatic and peaceful in his approach. There are times for peace and times for passion, and the time for passion for the Libra man has come.

The Full Moon places him far away from home, and that is the best-case scenario for the Libra man at this time. There’s hell broken loose that awaits him at home. But the good news is that he’s finally able to speak his mind and say what lies in his heart.

The end of the month and the end of this year has positioned the Libra man in his home with his family and extended relatives. Although he wanted to have a more intimate party for just him and his partner or love interest, it’s just not happening.

From now on, he’ll be forced to pay more attention to his daily obligations, chores and routines, his health, and his job. Fun times are over for him, and the time for work has come. At least there’s some future travel in his cards, and that’s when he’ll have the chance to express his more romantic side.

The beginning of the month puts an accent on short trips and communication in his life. His planetary ruler Venus is in a close hug with celestial baddie Pluto, and in Capricorn, in his fourth house.

This means that he will have a lot of communication to deal with on his hands, most probably with his family. But what I also see is that he will earn a large amount of money (it could be a salary raise), and his relatives will flock to his side to get “their” piece of the pie.

The Libra man is a fair man above all else, and he will enjoy the sudden attention, but he will not enjoy the number of gifts and monetary loss he’s about to endure.

His fifth house, the house of eroticism, romance, and dating, is on its last legs. Jupiter will soon leave it to enter his sixth house of health and daily routines, and the only player left in it will be harsh Saturn.

This means that he will want to squeeze as much dating and quality time with his love interest or partner as he can because Saturn is not one to offer fun, leisure, and prolific times.

So going to light dates where you can converse, have soft drinks and pick each other’s brains apart would be a good idea.

The mid-month activates his house of marriage and partnerships, so some themes that concern his long-term relationship will arise. The theme should be positive for the most part, but we can’t ignore the spicy Chiron residing there, too.

This means that karmic lessons concerning his relationships are not over, and he has a lot yet to learn. Midmonth also puts focus on traveling for the Libra man. He may be called to travel abroad suddenly, and that will turn out to be good for his career, too.

During this transit, he will feel as if he’s unable to communicate his true emotions and feelings in his signature calm and diplomatic manner, and that will bother him. He has a lot of love to give, and there’s a lot of romantic ideas that swirl in his mind. Alas, he’s unable to express them properly – the Moon in Aries is making sure of that.

What’s best for his relationships during this time is raw and uninhibited passion, to be honest. There are times in life for peace and diplomacy, and there are times for rawness and blatancy.

His home life and family are getting out of hand now, and he’s starting to realize that not all (excessive) attention is good attention. He’ll feel as if he’s suffocating, thanks to his relatives, and he’ll welcome any trip that takes him away from home gladly.

3. Libra Against The World

The Full Moon on the 19th will probably find the Libra man abroad or away from his home on a trip. And that is the best-case scenario – for otherwise, there’s all hell breaking loose at his home.

Mercury moves into his fourth house, and Venus has started her retrograde motion. She’s hurling back to embrace Pluto in Capricorn, and that resurfaces the money issues which are tied to the Libra man’s family.

Not a very cheerful and festive headspace, let me tell you that. Past the unearthed inheritance problems and topics, he’ll be attacked from all fronts, and he’s feeling alone.

Jupiter is on its last degrees in Aquarius in his fifth house, and that little joy he’s having from his romantic life will soon be over, as well. Oh man, the poor Libra guy can’t seem to catch a break, and it’s holidays and all…

The silver lining here is that his Throat Chakra will finally clear, so he’ll be able to say what he wants. He might not be capable of being physically present for dates and such, but he will be virtually present. I see a lot of texting and video calls during this time with his love interest or partner.

4. It Was In The Cards Baby, All Along

The end of the month and the end of the year finds the Libra man at home. His luck has returned to him, whereas his communication is concerned, he’ll be able to communicate his true feelings and thoughts in a somewhat happy manner.

But he is stuck at home with his family and relatives. Something he hoped he’ll be able to escape to enjoy a more private setting with his partner or love interest. Alas, it’s not in the stars as we “star-readers” would say.

Jupiter left his fifth house of joy and romance, moved to the first degree of Pisces, and entered his sixth house of daily routines, health, and work. This means that the Libra man will be asked to work on his daily routines, pay close(r) attention to his health and be more productive at work.

The entire focus is on his fourth house, with four planets currently residing there, and Venus blasting her Rx walk in conjunction with Pluto and Mercury. If he has children, they will bleed him dry out of any savings which he may have been saving to enter into the new year.

At least there’s some travel for him and some more alone time with his love interest or partner in the near future.

Well, there you have it, sweethearts. That’s the final prediction for the Libra man in 2021. I hope this news didn’t put a damper on your spirit, and besides, you should remember that every chart is as unique and as special to each individual as a fingerprint.

Some of these transits are going to feel different for individuals than I have explained here. While generally accurate, these predictions don’t reflect the entire depth of information found within your partner or love interest’s birth chart.