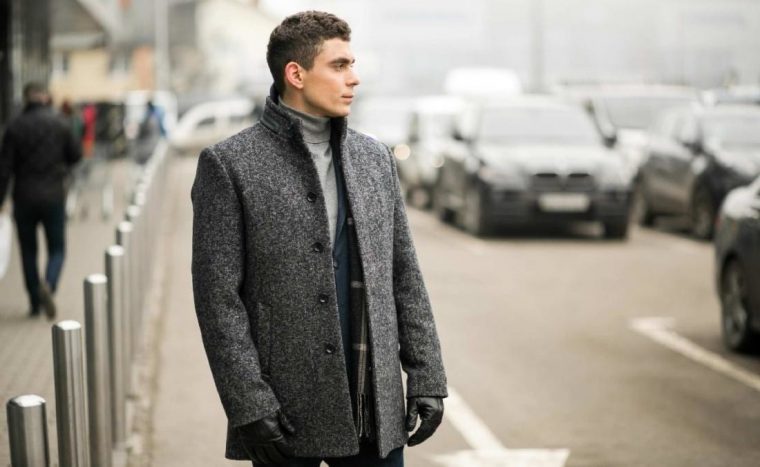 Hello darlings, how was January? Are you ready for February? I hope you are, because the predictions are back and running a mile through the planetary transits. Let’s dive into the Libra man’s predictions and see how he fares during the shortest month of the year.

The beginning of the month is very fruitful for any romantic inclinations and message exchanges between the Libra man and his partner or love interest. He’s in a good mood thanks to Jupiter in Pisces, and the New Moon brings new beginnings to his romantic life, so enjoy that!

Around the 8th of February, there’s a lot going on in his fourth and eighth houses. This means a lot of changes, with new situations, people, and opportunities. Luckily, his subjective feeling is a lot better thanks to Jupiter in Pisces, so whatever kind of storm decided to rage out in his life, he’s got what it takes to weather it.

The Full Moon on the 16th illuminates his eleventh house, so it’s a good time to face any situation that needs resolving head-on. Spending romantic time consumed in intellectual and unique activities is a good idea, especially since he’s feeling very romantic and emotionally woke during this transit.

The end of the month promises great things to come in March and opens a door for intellectual romance all the way. The Libra man will find his way through the mundane. This is his chance to rise up higher than he’s ever been before!

1. Ready To Rock And Roll

Right off the bat, we have a New Moon conjunct Saturn in the Libra man’s fifth house of fun and entertainment. That’s great news, especially since the Moon activates Saturn on the exact same degree.

His ruler, Venus, is in Capricorn conjunct Mars and Vesta, and this means that he is most definitely in a romantic mood. But they’re also Retrograde Mercury and Pluto locked in a tight dance, which means that some difficult situations will arise concerning his family and home life.

The Libra man is destined to experience some positive effects concerning his health and daily routines as Jupiter traverses through Pisces and his sixth house. This is a very good time to fill the day with small pleasures and romantic details.

Your Libra man will love it if you ask him out during this time, and he’ll enjoy any kind of intellectually shared time, so try to make your dates innovative and educational as much as possible. You can count on the Libra man to make them romantic and emotional, he’s got you covered there, so no worries!

Around the 8th of February, destiny comes knocking on the Libra man’s door. His eighth house of karma, inheritance, sex, and taboo topics is illuminated through the Moon, North Node and Uranus. This means that a lot is going on behind closed doors in his life, and some significant changes are coming his way.

Since the fourth house is under heavy influence by hosting a stellium of planets, this can also mean that the Libra man is about to inherit a hefty sum of money or property. But with inheritance, there’s also a loss, so it’s a double-edged sword.

The Sun conjuncts Saturn in his fifth house, meaning that even though he’d like nothing more than to spend some romantic time with his partner or love interest, the thumb of fate is interfering with some karmic topics and serious themes.

Good ideas for mutual time can be going to quiet places, visiting a mausoleum, sharing a comfortable silence and just holding hands, or holding space for each other. It’s a time of challenging changes, and we as humans need to come to terms with that and respect it.

A really positive aspect during this time is that Jupiter is in Pisces, together with Neptune, so even if some challenging times and events are around him, the Libra man can still find inner positivity and peace. He can draw strength from his daily routine and familiar faces with ease through this period.

On the 16th of February, a Full Moon is conjunct Regulus, a prominent fixed star in the constellation Leo, in the Libra man’s eleventh house. This Full Moon opposes the Sun in his fifth house, also to the culminating degree.

What’s new is that Mercury has switched signs – now it’s residing in Aquarius, which makes communication key and it makes it a lot more open and faster than when he was in Capricorn.

It’s still conjunct Pluto, but the “change of scenery” just means that the words spoken will be direct and honest. The weight of the words will be appropriate and just, so all in all, it’s a positive influence on his house of romance and fun.

The (Full) Moon in Leo will bring some sort of culmination with his friend(s). If there was a dicey situation, it would be resolved. Besides Mercury, both Fortune and Juno have found their way to Aquarius and the Libra man’s fifth house, and this means that his libido will awaken.

A lot of happy moments can be captured during this lunation, and a lot of creativity can pour out of the Libra man’s heart. His approach can be a bit cool and chilly compared to his usual self, but at least he’s honest and open about his heart’s matters.

Think about visiting innovative places, doing intellectual activities and having fun with words, playing verbal games, and getting to know each other through mutual company as well as sharing your time with a group of trusted friends.

The end of the month culminates in his fourth, fifth, and sixth houses. In his fourth house, there’s a tight conjunction between Venus, Mars, and Pluto; there’re also Vertex and Vesta in the mix.

This all means that there’s a culmination in sight, whereas his home and family matters are concerned. He might even change his address, mind you. And this is supported through the aspects in his sixth house as well.

The Sun conjuncts Jupiter and Jupiter is drawing closer to Neptune in Pisces. This means that there are major (positive) changes going on in his daily routines and his mundane life is getting more magical.

And then the attention is drawn to his fifth house, too. The Moon conjuncts Mercury and Saturn, and Juno joins the party. This means that his emotions will be expressed clearly and concisely through his words. His heart has matured, and he is ready to take the responsibility for his own happiness, thus, making necessary changes to better his daily life and relationships.

This whole month ends on a very positive note for the Libra man and pushes him with enthusiasm into the new shape of reality.

Some excellent ideas for dates during this time include window shopping, making plans for the future, inspiring each other to be the best versions of yourselves, encouraging each other, being romantic through small things (buying flowers, preparing romantic dinners), and inventing special ways to celebrate life and all the blessings that have come your way recently.

There’s a lot going on in the world right now, but each of us has the power to make the best out of any situation that has been dealt to us.

As always, some of these transits are going to feel a little different than what I have explained here. While generally accurate, these predictions don’t reflect the entire depth of information found within your partner or love interest’s birth chart.

Enjoy your month of romance with your Libra man, you both deserve it!