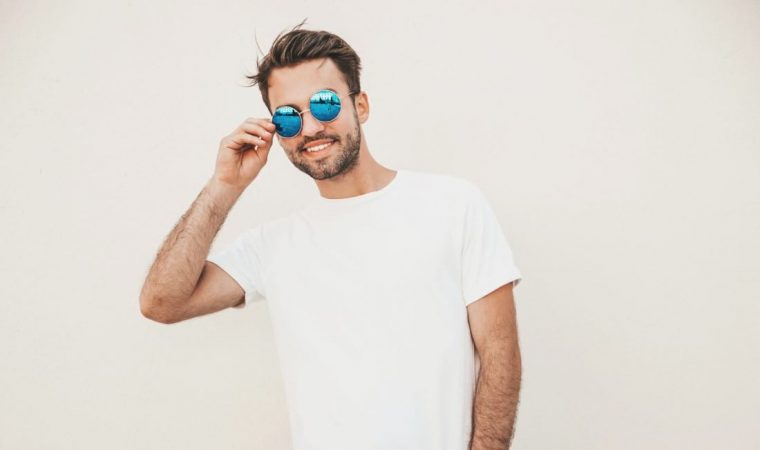 Hello my dear readers, how’s life? I hope June was good to you because we are about to delve into July, and my, oh my, what a month it is!

This first week is a pretty even one for the Libra man. He will be satisfied for the most part, as his social and love life will be in focus, his career will thrive and he will have a mild-mannered success in most things he tries.

The second week of July has a lot of built-up energy, thanks to the Full Moon conjunct Pluto Retrograde. But the Libra man might be the one who gets off the easiest thanks to his ruler being in a very emotionally phlegmatic sign – Gemini. Just make sure to have a lot of fun and intellectually-engaging activities planned out for this week.

The third week is all about that public image and a good time in various social circles. You might aid your Libra guy in elevating his social status, and you never know, you might even help him to bring his whole career to another level. Be creative and lend him an ear when he needs it.

I Balance, Therefore I Am

During the first week, the Libra man will be in a social, pensive, and very romantic mood. His career and social life will receive a lot of light during this first week, and then his love and romantic life will as well.

His mood will be even for the most part, but his heart will wander off to the past here and there, thanks to Retrograde Saturn. Jupiter in his seventh house does bring a lot of explosive and fiery blessings both to his love life and his bedroom.

This is a great time to enjoy cocktail parties and social mixers, but it’s also a very good and potent time to explore new places for quickies. Be romantic during this week, steal kisses from each other, hold hands, watch movies, and make out in the parking lot in front of the cinema.

You could dress to impress during this week, just to keep his mind of the past, and you could sport the colors you know he likes in order to appease his aesthetics and draw his eyes towards you. Be daring, be bold, and be you!

A Full Moon, But Not For Me

During the second week of July, the Libra man might experience some imbalance in his home versus career life, thanks to the build-up of energies leading to the Full Moon in Capricorn conjunct Pluto Retrograde and opposing the Cancer Sun and Mercury.

Aside from that, there’s a nice tension between Saturn Retrograde and Uranus and the North Node that affects his sexual mood and libido. This will probably lead to sex in some very daring or unusual places, as well as some quarrels about petty things.

This might seem like a rockier vibe than the week before, but that’s solely thanks to the Full Moon on the 13th. Aside from that, the Libra man should be in a pretty even and good mood, as his ruler is chilling and vibing in Gemini, in his ninth house, which is why he might be even chattier and more funny than usual.

He is up for some philosophical conversations and fun topics and activities, so make sure to be able to surprise him and animate him with your wit and unique ideas.

During the third week of July, the Libra man’s focus will be on his love affairs and partners. He will want to be the most romantic man you’ve ever met, and he’ll go out of his way to please you and do what you like him to do. So, make use of these beneficial energies and tell him what you want from him, exactly how you want it.

His social life will be booming and blooming this week, thanks to Mercury in Leo, and he’ll want to put extra focus on his career. If you allow him to run some creative ideas by you, tied to his professional life, he might reach a very productive conclusion about his career that he could thank you for in a very creative and prosperous way.

Your Libra guy will dress to impress this week for any social event he might be invited to, so try to match his grandiose vibe as he’ll feel the need to show you off. This is a great time to discuss your future plans and how you might elevate your public status.

The fourth and final week of July puts a real spotlight on the Libra man’s social life and ventures. He will be the star of many parties and social events, and you can rest assured that he will dress to impress.

His career will receive many aesthetic blessings, and this means that his emotions did the manifestation right – he is handling things with ease and he is receiving great feedback for the innovations he’s decided to introduce to his workplace.

His mood will be very cheerful and positive, as compliments will be flying in his direction from left and right, so try to keep up with him during this New Moon in the Leo phase, as he will be on a roll!

Read next: 7 Ways To Show Your Libra Man That You Appreciate Him

The Libra man will have a better month than most other signs. This is his month to shine and be a social butterfly. His mood will be even for the most part, except at the end of the month when his hormones will start wilding and he will begin acting up at the strangest of places and in the weirdest of stations.

I like to say that all is well that ends well, and thus this July is a match made in heaven for the Libra man. This is his month, and he is ready to rock it like Cher did in the 70s!

During the middle of the month, try to be innovative and intellectually updated in order to keep up with him, or at least to keep his mind working towards new ways to amuse you and keep you interested.

His fashion sense will be off the charts during July, so try to top that with your own flair and panache. Be the Barbie to his Ken, and have an internal fashion competition of who’s going to be better dressed for all the red carpets you’re about to rock.

Some of these transits are going to feel different for individuals than I have explained here. While generally accurate, these predictions don’t reflect the entire depth of information found within your partner or love interest’s Birth Chart.