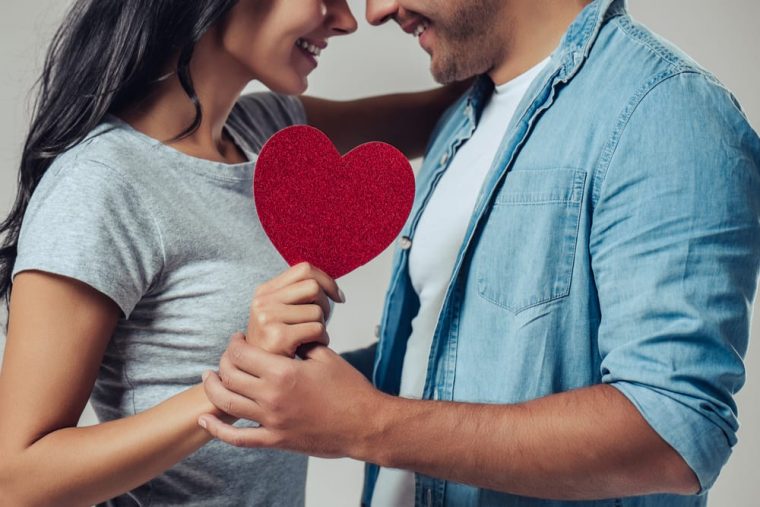 The 6 Signs And Ways Libra Man Shows That He Is In Love (Maybe With You!)

A Libra man is notorious for crushing very easily, so how can you tell if he is being authentic? Keep on reading for concrete ways to tell if he’s in love with someone, maybe even you!

So, you’ve been flirting with this Libra guy you’ve had your eyes on for a while but you’re struggling to read the signs to see if he is being legitimate? It is no small feat to be able to accurately tell what is going on in the head of the Libra.

Lucky for you that you’ve stumbled across this article, because using Astrology we can infer a lot about the Libra man and see if he is in love or just crushing hard.

Keep reading on for some tips about reading the Libra guy of your dreams. 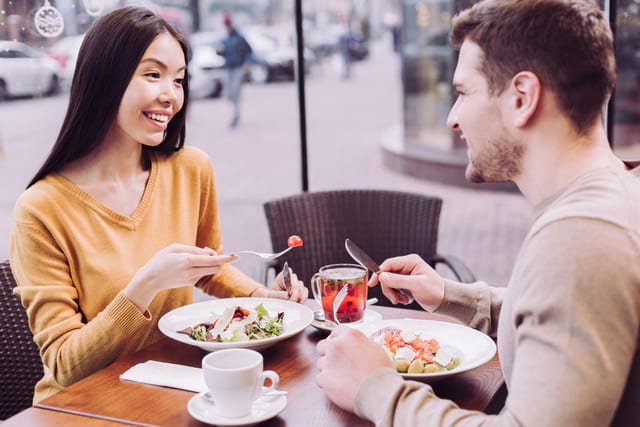 A Libra man is always going to be concerned with how he looks. He may not always go for the highest quality clothes on a normal day, but his look will definitely seem put together.

Now, the Libra man in love is a different story. This is a guy who will pull out all the stops in order to look his best around the one he is loving on.

You can expect extra accessories like cufflinks, ties, or watches to be flashed around. You can also expect a really high-quality scent which may be an upgrade from his regular cologne he wears.

You’ll know the Libra cares a lot about what you think of his dress as well if he tends to hang around you a little extra while he is dressed up. He may make sure to pass by a little more closely to you so you catch a whiff of that fragrance too.

2. He Is Looking For Your Reaction

If he is indeed in love with you then you’ll see subtle changes in how he handles group dynamics. A Libra is often known as a people pleaser due to their desire for peace.

Despite this, if he is in love with someone then you may notice him looking only to make sure that they are at peace. In that moment, the other people around are not as important to him.

If you are the one he is in love with, he is going to catch your eye to gauge your reaction after someone else comments. If he thinks something was funny, he is going to look to you to see if you thought it was funny too before he laughs.

If a Libra sees you even subtly upset over something that someone said, you can tell he is in love if he goes against his easy-going nature within the group by calling out the offender.

3. He Hangs Around the Person He Loves 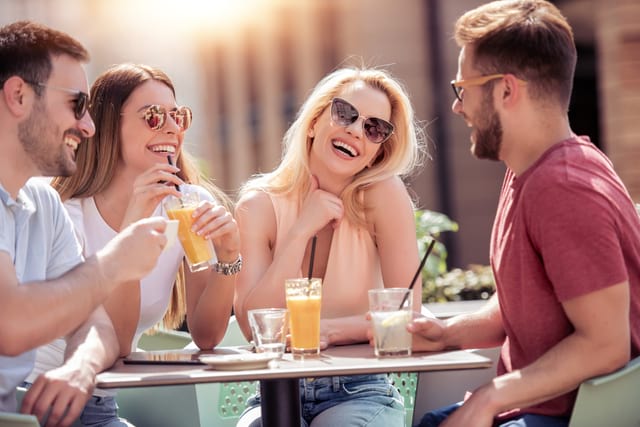 A Libra thinks in terms of the other person, meaning that he has a hard time defining himself outside of the context of other people.

As a result, he only feels whole and complete when he is with the person that he loves or is crushing on. He needs that other person to play off of during interactions.

A Libra likes to hang out with other people anytime, true. But you’ll notice who he is in love with by paying attention to who he follows around the most.

If he is in love with someone, he would prefer to not even have to be away from them if he can help it!

Just pay attention to who he is tailing around the most, and you’ll see who, if anyone, he is likely in love with at that moment.

A Libra thinks in terms of other people and their relationships with other people. As a result, when they think about their future, they are considering who it is they plan on being with.

Maybe they talk about their future and they say things implying the presence of someone, you know they have a person in mind.

If it is you they are in love with, then you will find them planting seeds of future ideas with you. They may mention, “you know, my apartment could really use another person in it someday” or “I want to go to Greece someday but I can’t imagine doing it with anyone but you” or similar things.

They don’t make plans for them to do alone, they really need that other person there. Otherwise, the experience just feels like a waste to them!

5. He Talks About ANYTHING 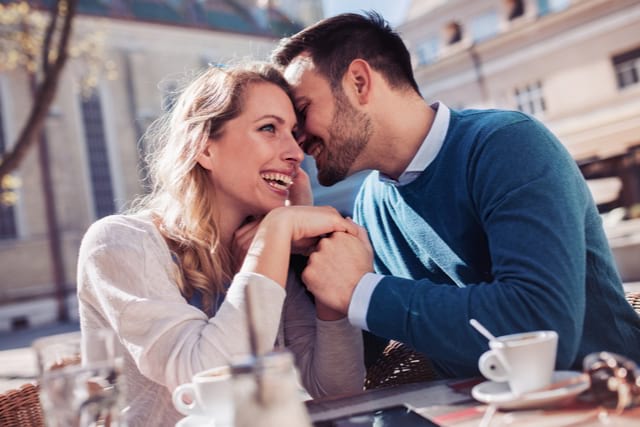 A Libra man, when alone, is likely still talking to someone most of the time. And if he is in love with you, he is going to want to be in communication all the time.

As a result, the Libra man can often seem like he wants to talk about nothing. He is just asking a lot of questions about your day or he leads with topics that seem really inconsequential to you.

Fear not, because this is just the Libra man expressing that he feels lonely and he is reaching out so that he doesn’t feel so alone.

However, there are only so many things to talk about so his topics may run out of steam at some point.

Take this as your sign that he wants to feel like you are with him even if the two of you are just texting. He will talk about anything as long as he is talking to the one he loves.

Read next: Should You Trust a Libra Man or Not? (Here’s How to Tell)

6. He Gets Emotional About The One He Loves

A Libra man in love is definitely going to get gooey. He can’t help it! He just loves love.

He sees the ones he loves as being the pinnacle of perfection and he would do anything to protect the one he loves. This is where his full personality shines.

So, a Libra man may be pretty cool around others, but around the one he loves he will be saying things with a lot more meaning.

He might say things like, “I don’t know what I would have done if I had never met you” or “I can’t imagine my life without you anymore.”

Phrases like this or equally sentimental things will be sure signs that the Libra man has officially caught the feels.

A Libra man can be difficult to gauge just because he can be a notorious flirt. So just remember, a Libra man IN LOVE is going to be way more authentic in his dealings.

Have you ever gotten a Libra man to fall for you? What did he do? I will be patiently waiting to hear all about it in the comments!

Want to know if you and your Libra are meant to be? Take my compatibility quiz to find out once and for all if it was written in the stars. Check it out here.

Your Relationship Astrologer and friend,