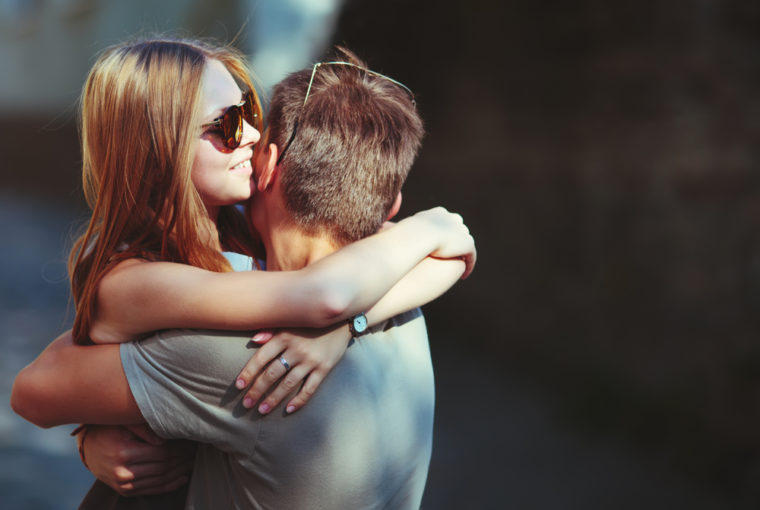 It can be difficult sometimes to understand a Libra man and his motives. He seems wishy-washy or unclear when it comes to his feelings. There are reasons behind this. Keep reading on how to know if a Libra man is serious about you. By asking him something in particular, you may get the knowledge you need.

What Makes Him Confusing

Before I let you know what you should ask him to find out where his head is at with you, let me explain why he seems elusive or frustrating. The Libra man is a complex guy.

He’s intelligent, handsome, charismatic, and easy to feel comfortable around. Most people really enjoy his company and if you are a woman who is dating him or into him, you’ll totally relate.

Libra men seem very confident and sure of what they’re doing. However when they start to get closer to someone, they start to appear to be somewhat flaky or indecisive.

When he’s trying to figure out if someone is the right one or a woman he could spend his life with, he gets really nervous and his confidence goes out the window no matter how hard he tries to fight it.

Libra men take a very long time to make a decision about pretty much anything in their lives. Relationships are really no different. In fact, relationships make him even more flustered.

Basically he starts to get “cold feet” when he starts to really feel for someone because as confident as he comes across, he’s actually insecure and afraid of getting hurt. This is why he takes his time to “make sure” what he feels is real.

This is super frustrating for women who start seeing a Libra guy, get really excited about him, and then he starts to pull back a bit. She doesn’t know if he lost interest or if he’s just afraid.

Of course he’s not going to be too entirely forthcoming about what he’s feeling or thinking so you’ll be wondering what is going on. That means you have to be straight forward yourself.

Ask Him for Exclusivity

If you are seeing a Libra guy but aren’t sure if he’s possibly a bit serious about you or hasn’t mentioned being exclusive then it’s time to ask him if he’d be up for it. If he answers no, you’re going to then ask him why not.

It may be frightening thinking about speaking up and asking him for this but the bottom line is, he’s not going to tell you any other way unless you wait to see what he does next.

Most women don’t want to wait for months on end for a Libra guy to finally state how he’s feeling. That being said, ask him about being exclusive with just you. If he says he already is then you know you’re someone he takes seriously.

If he tells you he’s not really ready for that then he’s not all that serious or is terrified to commit to anyone. Either way, you’ll figure out if he’s someone you will give more time to or if you’ll just let it go.

If he doesn’t tell you himself that he’s not seeing anyone but you then you aren’t really sure if he’s loyal to you. Then again, if you haven’t discussed it, you really don’t even know if he’s even thinking about being serious with you or not.

Ask About the Next Step

In the event that you maybe have already been dating a Libra man exclusivity then you need to step it up a notch. This is not going to be for the faint of heart but you’ve got to ask him where he’s at with the relationship.

It’s frustrating when you go places and he introduces you as his friend or just by your name alone. You want to hear “this is my girlfriend” and your name. If he’s not doing that, he’s not ready.

That being said, you’re going to have to dig in a bit deeper and ask him how he sees the relationship going and what he’d like to happen for the future. He’s not going to be comfortable with you asking but he knows he owes you and answer.

It probably won’t feel too thrilling to ask him either because you’re unsure if he will say he wants to take it up a notch or if he’s going to say he’s really not ready to commit further as of yet.

There is also that possibility where he may say that he will never want to commit to anyone on a more serious level as he has other priorities that are far more important to him.

There you have it though. You will have to flat out ask him about what the next step is between the two of you. If you two have been very casual, the next step would be become mutually exclusive.

If you’re already there and ready for more of a commitment where he calls you his girlfriend, you’ve got to ask for it. Libra men do not typically blurt out what they’re feeling. They have to be asked otherwise they’ll keep things “as is”.

When it comes to asking the Libra man important questions, these two are the most important that there are because then you’ll know where you stand and what he will or will not want going forward.

Get him to tell you what he feels, what he wants, and where he sees things going. That will help give you the perspective you need to either wait him out or decide to go your own way to find someone else who wants what you do.

Libra man will likely be very understand should you decide to part ways and do what you feel is best for yourself. He’s one that will remain friends with you and perhaps later if the timing is better, you two could also try again.

8 Signs A Libra Man Is Falling In Love With You