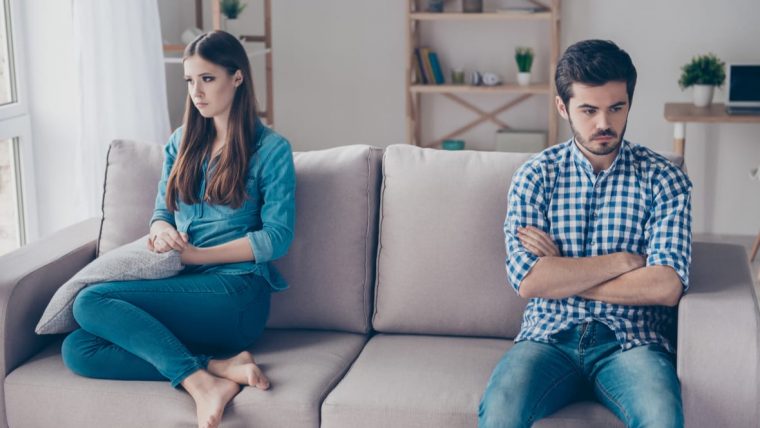 Dark Side of Libra Man – Be Prepared and Take Action

There is a whole lot to love about the sweet and tender Libra man. However, there are things about him that may turn you off or cause you to question your relationship. Perhaps you should keep reading to find out more regarding the dark side of Libra man.

Self Aware, Selfish, or Self-Indulgent

While the Libra man is someone who is very loving and caring, he can sometimes seem very much into himself. He does typically think of himself first then others. He’s great at doing sweet things for people but also known to be selfish.

When he wants to do something for himself, he will absolutely put that first and foremost above doing things for others. He weighs the options and if there is something better he can do or have, he’ll take care of himself first.

He doesn’t mind helping others but if it encroaches on his own personal time; he may shy away or come up with excuses as to why he cannot make it. He may also only volunteer a certain amount of time claiming he has other plans he can’t get out of.

He’s most likely going to go to a spa for the day or meeting up with someone for an elegant dinner. He will do what appeals to him most. Sometimes doing things for other people appeals to me but he will typically put himself at the top of the list.

When he’s in a relationship, he can sometimes actually seem inconsiderate. This is especially true when he doesn’t even consider his partner’s desires. An example would be if he went somewhere where they both wanted to go and gets himself a souvenir.

His partner couldn’t make it so you would think that out of consideration he’d pick her up something nice from the place to cheer her up. Instead he only gets himself something and doesn’t come back with anything for her.

When she says something to him about it, he says “I’m so sorry, I didn’t even think about the fact that you might want something”. He then tries to scramble to make it up to her.

The Libra man will always appear as though he has it all together, his life is fantastic; he’s doing really well, and is very happy. He’ll be wearing the best and most fashionable and will look quite appealing.

However, when you really get to know him to a deeper level, you find out that he’s kind of a phony. He isn’t what he seems at all. This is what makes them great actors. They’re good at pretending to be someone else.

They act like humanitarians but then when it comes down to it, if it takes any of their precious “me” time, they may back down from charitable situations. He also likely doesn’t have as much money as he likes everyone to believe he does.

He acts as though he’s a grand master at what he does and that he’s on top of his game when really he’s probably working in a retail store living off of small hourly wages with some commission.

It’s also true he may act like he’s the best at what he does and while that may be true, he may also only be telling half the story. He may claim to be an expert when really he just knows what most other people know.

He’s good at convincing people of just about anything and so it’s not shocking when he becomes very well known in certain circles even though he’s nothing but a commoner with no special talents.

He looks like a million bucks when he goes to be around people but at home, he wears jeans with holes in them and t-shirts he’s been wearing for 20 plus years. Even if he runs to the store, he’ll dress up and make sure he looks “on point”.

One thing that most people do not know about Libra men is their capacity to talk trash behind people’s backs. When he is face to face with those same people, he turns on his charm as though they are his friend.

He will also throw someone under the bus if it will further his career or cause. He pretends to be diplomatic and loyal when really he just gets what he can and walks on by.

Most people don’t know this because he doesn’t do it around many people. He will only tell his partner or closest friends who also seem to gossip right along with him.

It’s a hard day when Libra man gets a partner that isn’t into gossiping and points out the flaws in what he’s saying and how judgmental he is. He’ll have to self reflect and he won’t like the criticism.

He’s all too willing to criticize others though and make it seem as though he’s better than others. Sometimes he can sound like a snob. He’s better at what he does and he has better morals, better clothes, better friends, etc.

Beware of the Libra man you go out with and he’s super nice to certain people but then behind closed doors he talks about them like they’re beneath him and he doesn’t want anything to do with him.

However when they call and have something to offer him, he’s off and running as though he never said those things.

Can’t Make Up His Mind and is Detached With Feelings

These two things are of the most annoying about Libra man. He takes forever to choose. He changes his mind often, and has a hard time taking the right road. He confuses himself and causes great anxiety for his weary mind.

He also comes across as being cool or detached with his emotion which is why he doesn’t get jealous. He doesn’t think that anyone will ever cheat on him or leave him because he’s so great.

Libra men can be quite full of themselves. He needs a woman to show him that he’s not all that but he IS good deep inside.

Do you know some more dark traits about Libra man? Share them with me!