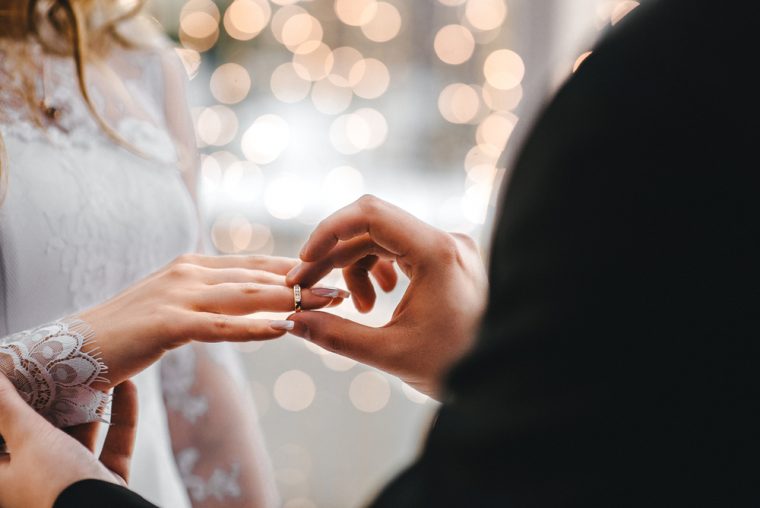 Best Match for Libra Man – When It Comes to Marriage

What type of woman does the Libra man look for when he’s ready to settle down and form a forever bond? What qualities is he looking for and what sign tends to be the best match up for the long haul? Keep reading for what the best match for Libra man is.

When we look at zodiac signs, there are a few ladies that seem to do quite well with the Libra man. One of those of course, is the Libra woman. The two “get” each other better than anyone else can.

They know how to emotionally connect, they know how to communicate, and they know share plenty of activities. They also have similar live values and even if there are some differences, they’ll find a diplomatic approach to solve their problems.

Another great match for the Libra man is the Sagittarius woman. Their intellectual connection is quite strong and a turn on for both of them. They both look at every angle of a situation so they are open to the differences they may have.

They love new experiences, love to be around people, and love to find adventure in life. These two could spend their lives travelling the world meeting lots of new people and trying new cuisines.

Trickling down the line, the next lady up for winning the charming Libra man’s heart is the Taurus woman. She’s steady, she’s stable, and she can help Libra man navigate his life. She’s his rock.

Taurus woman inspires the Libra man to take charge in his life and keep pushing forward on whatever he wants to manifest. He loves her for helping him stay focused and optimistic. She’s down to earth and proves to be his anchor.

Now that you’ve got an idea of who the best matches are for the Libra man, you need to understand what the Libra man actually has to have in a partner who becomes his future wife.

The Libra man is often confused, indecisive, and has a hard time figuring out if someone is the right one. He is this way about almost everything in his life. He has to sit and weigh pros and cons about all he does.

The Libra man is a slow mover and requires a partner who will understand his personality and his quirks. He needs a woman who will prove to be someone he can rely on, trust, and have great chemistry with.

He requires a partner who will allow him to talk about what is on his mind so she can help him bounce around ideas or solutions. He requires inspiration and motivation.

Libra man loves women who are very intelligent, warm, considerate, and sweet to him. The right woman for him will also need vast amounts of patience to wait for him to figure out if she’s what he wants or not.

She may find him frustrating because she wants things to move faster, she wants a label on what they have, and she wants the world to know it. Libra man isn’t built that way, however.

That being said, the right woman that he will end up marrying will actually sit back and let things flow naturally. She won’t try to rush him or pressure him into making a move forward with the relationship.

As you know, the Libra man is already a slow mover and takes his time deciding what the right course of action to take. He will analyze the situation or relationship a million times over before he actually makes a firm decision.

He also wants time to elapse so he can really observe his lover to see what her quirks are, if she’s someone he can see himself with for the long haul, and see what it’s like when she gets upset.

Libra man cannot handle a woman who flies off the handle when she’s upset with him. He loathes drama and tries to avoid it like a plague. He’d rather her calm down and then talk to him rationally.

There are times where he will take things the wrong way because he’s so incredibly sensitive to critical statements or what he perceives as such. If a woman makes a suggestion to help him, he may thinks she’s critical of him.

The right woman for the Libra man will think about why she is upset, think about how she wants to approach the subject, and what she can do to help solve the problem that popped up in the first place.

He needs a woman who will think things through then discuss it with him. It’s important for him to maintain a peaceful environment otherwise his mind becomes chaotic and he spins out of control.

Libra man will not express how he feels if he gets angry until it builds up over time then he says some things that are really not nice. However, he feels justified in unleashing on the way he’s been being treated.

These are all reasons why the Libra man is so cautious about relationships and who he gets deeply involved with. He will probably take quite a bit of time before he’ll feel ready for marriage unless he’s and older gentleman.

Mostly the Libra man will take his sweet time and won’t allow anyone to pressure him otherwise. If somehow he does, he’ll regret it and end up resenting the woman he once loved.

If you’re ready to understand more about what is the best match for Libra man when it comes to marriage, and if you want to catch him and keep him click here to learn more about Libra Man Secrets.