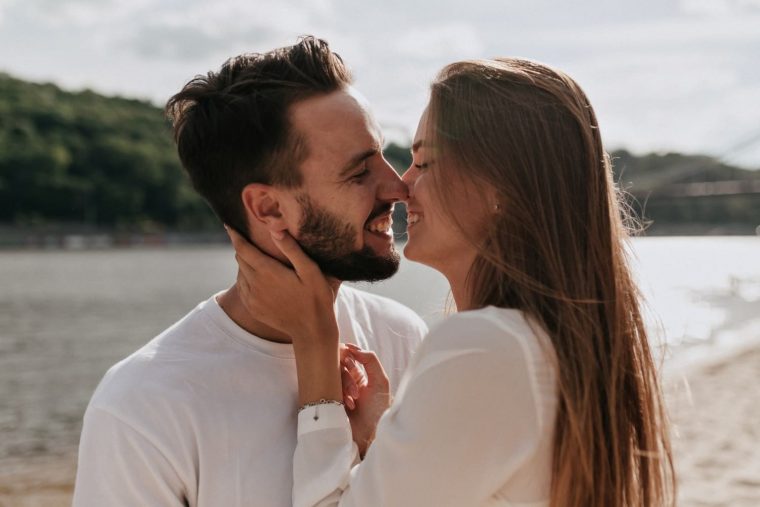 It can be tough when you first start dating a Libra man. He’s very charming and no doubt he’s lured you in. Now what do you do? How long does it take him to declare you as his “girlfriend?”

There are some things you need to know when you’ve started a fresh relationship with a Libra man or you’re thinking of doing so. I have some guidelines of what to expect in the early stages of dating a Libra man below, so keep reading! 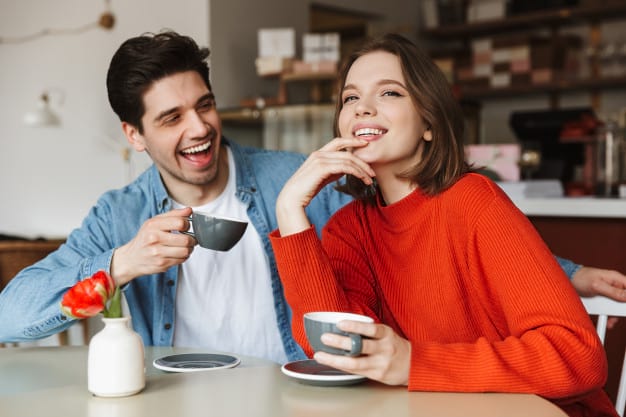 When you start dating a Libra man, it moves very slowly… and if it doesn’t, you’d better worry. It needs to be easy does it with this guy or he will get twisted up on the inside and back away.

You see; the Libra man is normally quite indecisive. If he gets into a relationship too quickly, he will realize that he shouldn’t have done that and he’ll go over all the reasons in his mind.

He will effectively start to ghost you and leave you hanging. On that note, when you start out with him, take it nice and slow. Even if you can tell he wants to dive in, don’t let him!

They get confused, they get overly analytical, and they can’t seem to figure out what to do. All this can be avoided by taking it easy with him. Don’t text him every single day and if he texts you daily, respond –but don’t do it right away.

It’s not that you’re playing hard to get, it’s more that you’re showing him that he is not consuming your life, nor should he. He won’t let you consume his, so it’s better to show him independence from the jump.

He will actually really respect your independence and love it. This can help him to fall head over heels for you! He needs to take his time, and it will help him when you are doing the same.

In the beginning, the Libra man will introduce you to other people as “this is my friend.” He will not yet want to label it or let anyone know. He figures it’s a “need to know” type of situation.

He isn’t ready to put a label on it because that would make it real, and he really isn’t sure if he’s ready for that quite yet or not. This includes social media. He will not easily change his relationship status until he’s 100%.

You may find it very frustrating that he’s not claiming you on social media, but just remember, until he’s sure of you and a relationship, he doesn’t want to broadcast anything.

Until he knows that’s what he wants, he will keep it cool and on the down-low. Does that mean he’s seeing other women? I can tell you that it’s probably not likely, though it can happen.

Usually, he is interested in you and will maintain that interest while doing other things in his life that he feels are important. His passions in life are something he will not give up on.

He is a HUGE flirt –but that doesn’t mean that he’s with more than one woman at a time. If he’s started to see you, you’re the one he’s looking into and you shouldn’t have to worry.

If it does worry you, you can bring up exclusivity so that there is no question. Tell him it’s alright to take things slow and not put a label on it, but ask for the two of you to only get to know each other.

When you two have been seeing each other for a good long while and have met several of his friends, he may start to finally introduce you as his girlfriend. His close friends will be the first to know.

His family will wait for a bit longer, because he isn’t yet ready to get to that level. Friends are alright but it will take him some time to feel that you two are serious enough for family to know about you. 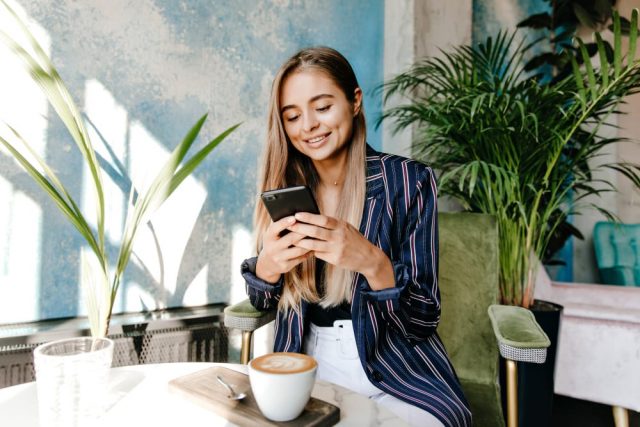 Libra men are usually pretty decent when it comes to texting. You can tell they really like you by how often they will reach out. Typically, when he’s into you, he will text almost daily.

Even if it’s just to say have a good day or have a good night. He just wants to be in contact to let you know that he’s thinking of you. So even when he doesn’t outright tell you how he feels, him reaching out is one way to show you.

He may make it a ritual to call you on certain nights or text you at certain times, but he will absolutely let you know that he digs you and that he’s definitely interested in getting closer with time.

If he does start to ignore your texts or drops the initiating, he may have some doubts going on about how he feels or what he wants. This may be a sign that he’s confused and needs time.

It can also be a sign that when he backs off, it’s because he’s unsure or he may have met someone else that piques his interest. You’ll be able to tell a huge difference between his normal and when it’s not normal.

Until the Libra man gets serious, he will be rather reserved, shy, and not always available. He is someone that appreciates an independent woman as well. Having your own life outside of him is very crucial to him.

He doesn’t want you to make him your everything because that would mean he would have to live up to that expectation you have of him, and he knows he may not be able to do that.

It puts pressure on him, and it makes him feel bad. Either he’ll break it off or he’ll pull back in depression not knowing what to do. Be very careful! Try to be available to him sometimes, but not all the time.

He has to see that you are taking care of yourself and doing your own thing. When he sees this and is ready, he will finally commit to you. He will call you his girlfriend or his girl.

He will be proud to take you places and show you off. He will invite you to do things with his friends and/or family. He will want you involved. That’s how you really know he’s all yours.

Yes, it is a slow ride but if you can swing it, he’ll be a terrific romantic, loving, warm man to spend the rest of your days with!

The Libra man can seem confusing and frustrating. However, he’s also very sweet, compassionate, and tries to create balance. He’s not an expert by any stretch, but he tries.

As long as you are treating him equally, he will appreciate and love you. Talk to him with a calm, rational head when things aren’t going right or you need more.

Never ever raise your voice, criticize him, or make him feel bad. He really will shut down and you’ll end up on your own. He cannot handle dramatic women –at all.

He wants a partner who inspires him and will be very optimistic about the future they have together as well as on their own outside the relationship. If you are the kind of woman that is already this way, Libra man is the right guy for you.

If you are the type of woman that is needy, clingy, or catty; he will not want anything to do with you. Think about your typical demeanor and you’ll be able to figure out if dating a Libra man is what you really want.

He’s fantastic at advice, he’s a whiz at looking at both sides of the coin, and he’s very endearing. He needs a woman who is compassionate, loving, and considerate.

A woman who will lift him up, and be supportive of his dreams and goals is the one for him. Take your time with him, get to know him, flirt a lot, compliment him when you can, and give him time and space when he needs it.

By the way, did you know that the ever-handsome writer and actor Will Smith is a Libra man? Oh yes he is! He’s a slow mover but probably worth it.

What is your experience with dating a Libra man? I’d love to know what juicy details you have!

And see if you and your Libra man are the perfect match with my free compatibility quiz. Take it here!