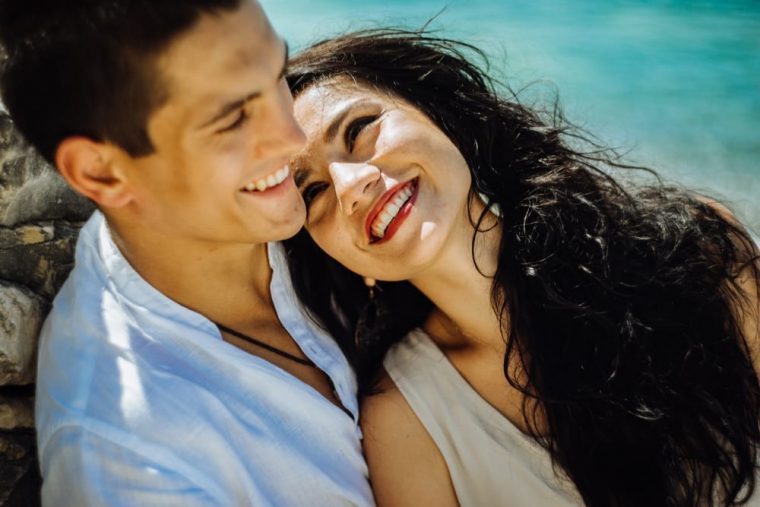 How can you tell if your Libra man is in love with you? There are some very clear things to look for. He has a certain appeal in his appearance and actions. Keep reading for some tell tale information that can help you determine if your Libra guy is falling for you or if he’s just being a flirt.

4 Signs Your Libra Man Is In Love

The Libra man is a very talented flirt. He’s often very successful with it as well. He can talk any woman into just about anything and he knows he has this ability. He knows exactly what to say and how to say it.

When a Libra man is falling in love or is in love, he is going to be more romantic that he normally is when he flirts. This may be hard to imagine but there are certain things he does or says that indicates his care.

Libra man will go out of his way to talk to you when he’s not with you. He will want to make time for you through his busy day to show you that you’re on his mind. He may even send you a card or gift out of the blue.

He’s one that will bring you flowers or candy if he knows you’ll really love it. When he’s in love, he wants to show you adoration by way of romancing you at every turn. He will say beautiful things and show you his capacity for sweetness.

2. Wants To Be Exclusive

Even when the Libra man wants to take his time, if he’s falling for you, he wants to make it very clear that he isn’t seeing anyone else and prefers that you not see anyone else either.

Though he may not be ready to slap a title on it, he’ll pretty much treat you as though you ARE his girlfriend. When he does make you his, he will introduce you to family, introduce you to his friends as his girl, and will not hide it.

What I can say is that when he’s ready to be exclusive and not date or talk to other women, he’s quite smitten with you and it may not be too much longer before you hear those three little words.

When a Libra man is in love with you, you will ultimately end up being his best friend as well. He will tell you very personal things about his life and about who he is that no one else knows.

If you notice he’s opening up to you like this then he’s probably falling for you or has been in love with you and just hasn’t said it yet. He will withhold saying the words until he’s sure that it’s the right thing to do.

Even if he feels it, he doesn’t want to blurt it out because he has to be sure that he himself actually means it. He doesn’t like false intention or saying things that you don’t mean.

By him opening up to you and sharing with you his feelings about his life, things he’s been through, and where he wants to end up then you’re lucky  because he’s probably very much in love with you or is in the process of falling.

The Libra man may seem complex at times but he is very careful as to not purposefully hurt someone. He feels absolutely terrible and guilty if he ever does hurt someone. This is why he’s delicate when waiting to tell someone “I love you”.

Read next: How to Love a Libra Man – How Really Impress Him The Right Way!

4. He Will Tell You He Loves You

The Libra man seems a bit mysterious at first but when he’s in love, he becomes far more obvious. The Libra man in love will at some point just come out and say the words.

It may take him months but if you’re patient and keep showing him how much you care for him, he will actually open up and tell you exactly how he feels for you and it won’t be a secret anymore.

In the meantime, look for him to be very attentive, romantic, and showing you that he cares very much for you. He will spend lots of time with you, will talk about the two of you doing things in the future, and will basically act as though you’re his one and only even if he hasn’t declared it.

Sometimes he’s afraid words will get in the way and is why he may delay in speaking up where he should. Just know that when you do finally hear it, he absolutely feels it and means it.

He won’t give you a line and then leave you hanging. Libra men in love take relationships very seriously. When he’s totally invested, you’ll never doubt what he feels.

It’s very easy to see when this man is in love, if you’re willing to look. Yes, he is a flirt and tends to flirt with many women. However, he isn’t pursuing them typically and when you find he’s pursuing you, you’re special.

It takes the right woman to make the Libra man settle down and start to look at only her. Are you that woman? Naturally my books and articles on what he’s looking for will be a great help to you.

Libra men are good men that have their head on straight, look at both sides of any situation, and will fight for justice. This also tends to make them quite loyal as well.

If you’ve managed to snag the heart of a Libra man, you’re very fortunate. He can seem wishy washy sometimes but you’ll never have to worry where his heart is because once he’s chosen you, that’s where it will always stay.