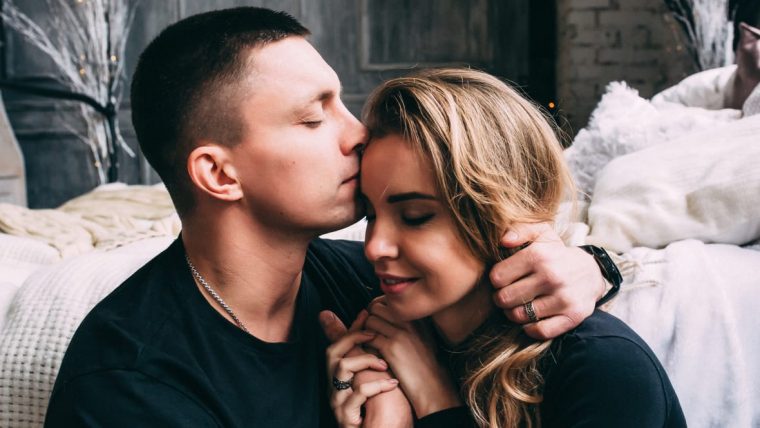 Let Your Libra Man Know That You Like Him, But You’re Still Independent!

One of the biggest things that Libra men look for in a partner is independence. They prefer a partner who is career- or goal-motivated. Libra loves someone who is able to take care of themselves.

When he has children, he is motivated to be a care taker, but he doesn’t want to have to take care of a partner. He feels they should be able to do that for themselves.

He can be a generous guy, but not because his woman needs it from him. That being said, let’s take a look at the five ways to show a Libra man that you’re interested without coming off as needy!

You need to actually let him see that you don’t need him. The proof is in the pudding though, right? Make plans with your friends, family, or co-workers. Keep yourself busy with your own schedule.

Focus on yourself and working toward your personal goals. If you try to make him a priority, he will either find it endearing or he might think that you’re not focusing on what is most important.

The thing is, he feels that he is important, but if you put him on a pedestal, he actually won’t like it. You can compliment him but don’t make him your whole life.

Libra likes it so much more when you’re doing things on your own without him. Don’t text him a bunch and don’t try to push him to make plans often either. He has to want to do those things himself.

It’s alright to send him a text now and then to say hi and ask how he’s doing. In fact, he loves that. It makes you a considerate person which is a quality he adores.

Send him snapshots of you out doing really fun activities. It lets him know you are a fun person, you’re outgoing, and your life is full. The Libra man gravitates to such things! 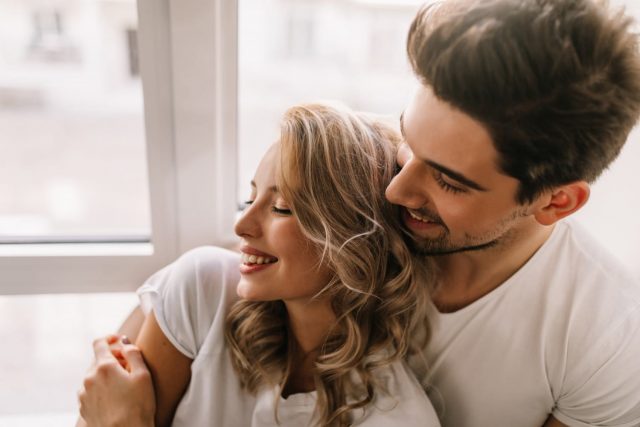 I don’t mean you should tie him up and tickle his naked chest – although the imagery is astonishing, isn’t it?! We so love Libras!

When I say flirt, you should keep it somewhat modest. You can never give him enough compliments as far as his talents, his style, and how he makes you feel when you’re around him.

Libra men eat up attention for breakfast, lunch, and dinner! Trust me when I tell you that you cannot go wrong when you’re using your powers of flattery with this guy.

You can touch his hand or his shoulder while you’re talking to him. Whisper a compliment in his ear if there are other people around. This will make him think of you afterward.

When the party is over, where will Libra man’s thoughts be after you’ve done such subtle flirts? He will wonder who you are and how he can get to know you better.

If you’re already friends with your Libra crush, then it should be even easier for you to flirt. He’s more receptive unless he’s given you some impression that he’s not interested.

You can also text him things that make him feel good. Here’s an example…

“When I saw you tonight, I thought WOW!” When you leave it open like that he will feel compelled to ask you: “what do you mean wow?” You’ve piqued his interest and now he wants to know more.

Give Off A Sexy, Mysterious Vibe 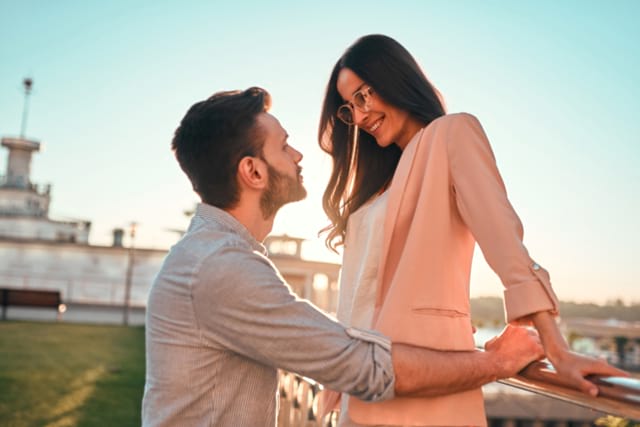 You cannot come on too strong and tell him everything about you upfront or your Libra guy will lose interest very quickly. He doesn’t want to hear your life story upon first meeting you or on a date.

If you’re friends, then chances are he knows enough about you but there are still things he doesn’t have any clue about. You want to keep it that way. Let him dig in and ask questions.

When you flirt with him, you use the technique I mentioned about being vague about your description of him, so that he’ll further ask you what’s on your mind. That’s something that intrigues him greatly.

Libra guy wants to get to know you over time, because it comforts him more and alleviates the possibility of boredom. Always keep nuggets of information to yourself for him to discover later on.

When you see him and talk to him, tell him: “well, maybe I’ll see you again soon?” If he’s interested in you, he will say, “for sure” or he might ask for your number.

Again, flirt with him in such a way that it leaves him wanting more. Don’t go hot and heavy but something that will spark his imagination. Whispering something like, “I wonder what you’re like.”

You can see how this would lead to: “what do you mean,” right? Yep… Hook line and sinker with Libra. He’s always up to hear what’s good about him! 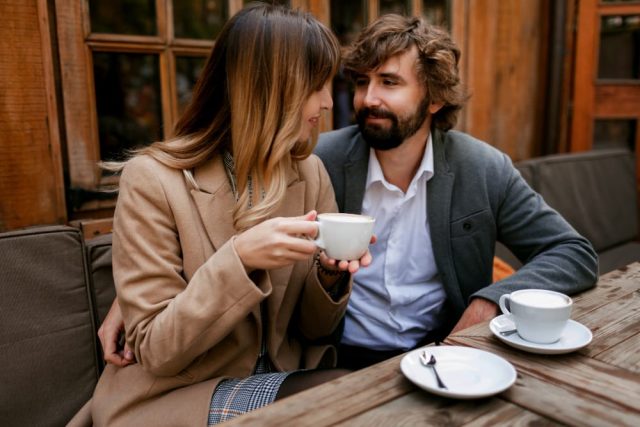 This is no way will indicate to him that you want to marry him, so don’t worry! Asking him out for something light and simple will do. Find out what types of beverages he likes and ask if he’d like to go have one with you.

Friends go out and do this sort of thing all the time and if he thinks of you as a friend or as a possible interest, he will take you up on it. He loves being social and having nice conversation.

Truly, it will be time to show him how classy and smart you are. He’s into beautiful and brainy. That turns him on more than anything else.

Coffee, tea, martini, or margarita… it doesn’t matter what you’re drinking, but rather that you’re spending time together having fun. Don’t be shy. The only way he’d turn you down is if he’s already taken or is busy.

Leave it up to him when you should go. You can suggest a time and day but Libra is a planner so it would be better to ask him when it’s good for him. He’ll also think of how considerate you’re being of his time.

There is no mystery or game playing here. It’s flat and simple but Libra man actually appreciates someone being up front with him. He loves the flirting but he also loves the truth.

“You know, I find you really attractive and witty. I’d love to get to know you better and spend time with you if you’re interested.”

You can also be casual about it with, “I dig you and I was hoping you’d want to connect?” That can go either way but you should probably clarify if it’s just for sex or not.

You don’t want to give him the wrong message or turn into a friend with benefits. You want him to be your possible match! This means being open with him.

He’ll appreciate your candor. Yes this leads then to his answer. You’re worried that he will reject you. I totally get it but if you don’t say anything then it may take a while before he realizes your angle of friendship.

Being courageous and taking the risk could very well get you the right award. If not then at least you’ll know that you didn’t beat around the bush and he told you that he’s not into a relationship right now.

Love is always a risk you take and finding the right person who will take that path with you is definitely worth it. This Libra man might be the one you’ve always waited for.

One More Thing About The Libra Man…

Now that you have the five ways to show a Libra man you’re interested, you have to keep a nice steady pace. You’ll want to avoid being too overly eager or clingy.

Remember that he found interest in your independence. Don’t change that now that you’re dating him. You have to stay who you are and who he decided he likes.

Continue your independence by making your own plans and attaining your personal goals. Sure, you can make some new goals with him as your partner, but you’ll still want to have your own.

He will most likely have things going on outside of the relationship as well. He won’t take well to jealousy, so watch out for that! He wants you to trust him fully and he’ll do the same for you.

Don’t be shy… get your guy! Tell him you like him, he’s amazing, and you want to try to see where things may lead you. Always treat him like he’s special. He loves it and he will also be giving to you.

Keep in mind that you shouldn’t rush him – he takes time making decisions. That won’t change. He has to be comfortable to make it last.

Are you dying to know more about the particular and independent Libra man? Check out my blog, Libra Man Secrets, to unveil more about this mysterious man!

Have you ever told a Libra man you liked him in a way that’s different than what I’ve mentioned? I’d love to know how you did it and what happened.