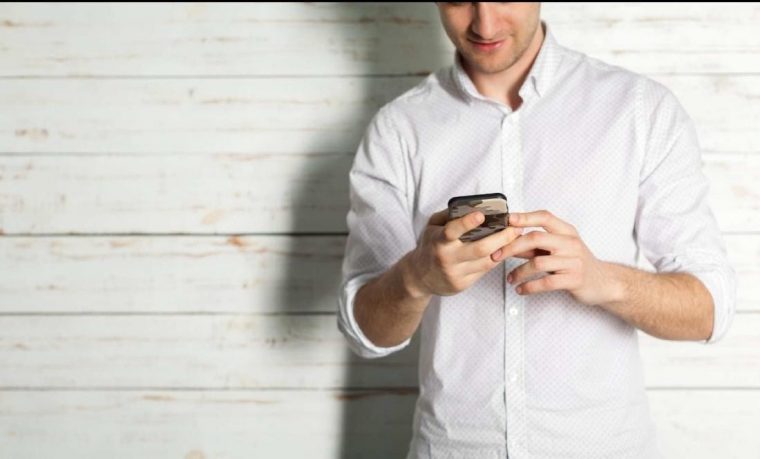 The Libra man is often complicated and hard to understand. He’s indecisive and he definitely can cause some head-scratching moments. Did you and your Libra man break up, and now he’s texting you?

Why is he texting? Does he want you back? Do you want him back? Is there any kind of a chance that love may thrive again? What is going on?

You may want to keep reading to learn what to do when your Libra ex messages you out of the blue. Find out what he’s up to!

Unless your Libra ex is merely trying to ask you a legitimate question about something you have the answer to, he’s still thinking about you.

He may actually want you back. When a Libra man falls in love, he carries that forward. There is always a chance that once you break up, there could be a reunion.

Even if he doesn’t want you back, he’s thinking of you and wants you to know it. Naturally, this makes you curious as to what is running through his mind when you haven’t heard from him in awhile.

Something else confusing is when he texts you shortly after a break up. He hates losing, even if he’s the one that initiated the break up.

I’ve got to tell you that Libra men are horrible at breaking up. They will tend to try to get you to do it, so that he doesn’t look like the bad guy…

Either way, it really doesn’t matter too much who broke it off, he still has feelings for you and clearly wants you back.

What do you do? Well…

You have to think about whether or not you would want him back. If you need more time to heal then let him know that.

If you actually want to give it a try again, keep texting him back and see where it leads. He probably won’t say right away that he wants you back. He wants to feel things out first.

This reason helps you figure out what to do when your Libra ex messages you out of the blue. Now, think more about what you want out of this. 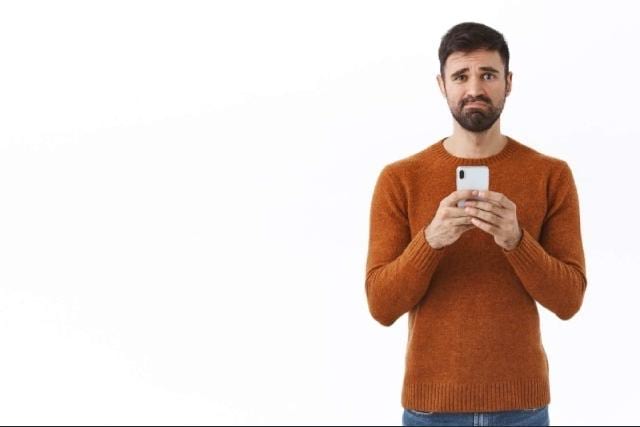 Your Libra ex messages you out of the blue sometimes because he feels awful about what happened before the breakup.

He may be feeling guilty about having ended it, or the bad behavior that caused you to end it with him.

Your Libra guy wants to check on you and see if you’re doing alright, or if you’re still hurt by what happened.

It’s honestly none of his business if he caused it, but he feels it’s his duty to try to help you transition back to singlehood. If he can help you, then it makes him feel better.

The Libra man does tend to beat himself up for doing things that he regrets. They don’t like hurting anyone.

Guilt will definitely cause your Libra ex to reach out to you unexpectedly after a breakup.

What To Do When Your Libra Ex Misses Your Friendship

Sometimes when the romance is dead, the Libra man will realize the friendship part was really genuine. You may have been his best friend.

He will miss you in that way which would cause your Libra ex to text you out of the blue. It’s a matter of testing the waters to see if you respond.

There is no doubt that he will want your friendship back if he can get it. It may take time for you to heal from the breakup, but he’ll be patient and wait for it because he needs you in his life.

He also probably wants to check in with you to see if you’re happy and if you’ve moved on. That won’t be a text you’ll be receiving right away, though.

The Libra man will wait a while before he tries to find out if you’ve pushed your life forward without him or not. If you have, he’ll want to see if you two can be just friends again. 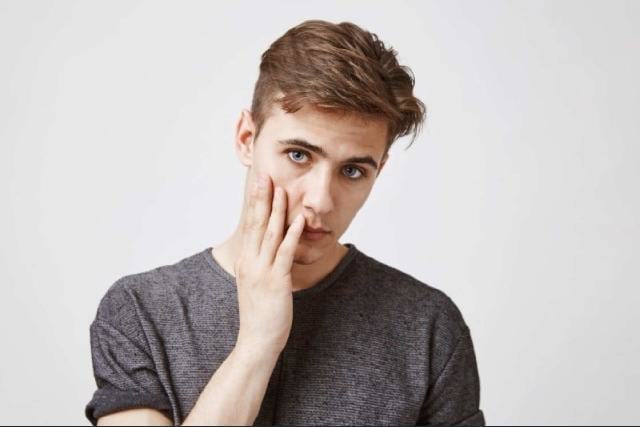 If a great deal of time has elapsed and he still hasn’t found anyone new, he may try to text message you to see what you’re up to.

It’s a very likely chance that he will want to talk to you and see if you’d be up for trying again.

He struck out every time he tried to date anyone after you because there is no one else out there even close to you. Realization hits him and he desperately wants to have you back in his world.

Of course, the Libra man isn’t sure if you’ll even consider talking to him again, much less trying to form a new bond. This is why he sends short bursts of text messages.

He isn’t sure of how you’ll respond, and so he keeps it simple. An example: “Hey how have you been?” or “Hope you’re doing well.”

They are meaningful “tester” text messages out of nowhere because he wants to see how you’ll respond (or IF you will respond).

It’s like he’s fishing and waiting to see if you’ll take his bait… Will you?

I’ve told you plenty of what to do when your Libra ex messages you out of the blue. I didn’t tell you what to do if you don’t actually want to hear from him anymore.

You may be too hurt or you may be at a loss of what to say back to him. What do you do when you don’t get why he’s messaging you?

If your heart and intuition truly don’t want to hear from him, then you need to be completely honest and tell him that the breakup really hurt you and you don’t wish to go backward.

Wish him a good life and then let go. It’s that simple if that’s what you want to do. If you want to give it time and see if things change, then you’ll need to read the next part for sure!

The Libra man knows you’re the best he’s ever had, but if you don’t think he’s the best for you then it’s not worth wasting time on either side.

Tell him how it is and the two of you can move on to find the right match. Who knows, you may come back together later on down the line when your heart has healed.

Until that time comes, it’s probably best to go silent with him and explore your future without him. It’s never bad to take care of yourself until the right one comes along.

If You Want Him Back, Here’s What You Do…

If you’ve had a painful loss with your Libra man due to a break up then you definitely need to read this.

There are wrong ways and right ways to text the Libra man. If you’re thinking of reconnecting or trying to get him to come back to you, I have some tips for you!

The game has to be played right or he’s not going to dance with you.

Libra men are indecisive and need help to see what they want. You have to remind him why you two got together in the first place.

You can salvage your relationship and save your future with your Libra man.

It’s not as difficult as you may think.

In fact, I have some very important information to share with you.

All you have to do is CLICK HERE now to learn all about it.

Remember that Libra men tend to be rather brainy. You have to get on his level.

Make sense and appeal to his logic.

If you want to excite him and keep him hanging on for dear life to you then you need to read my methods!

I wouldn’t share them with you if I didn’t think that they actually work.

All my information has been gathered from thousands of women who have reached out to me over the years with their Libra men breakups.

You wouldn’t believe just how many helped me devise a plan that would win them the love of their life; their Libra love.

Are you ready to take this chance and excite your Libra man enough to bring him home to you?

If you are then you definitely need to click this link right now!

Don’t waste any more time trying to figure him out or trying to get over him. If you truly love him, you need to do something.

Take this information and make your love life blossom with Libra man.

I wish you all the luck of the Universe!