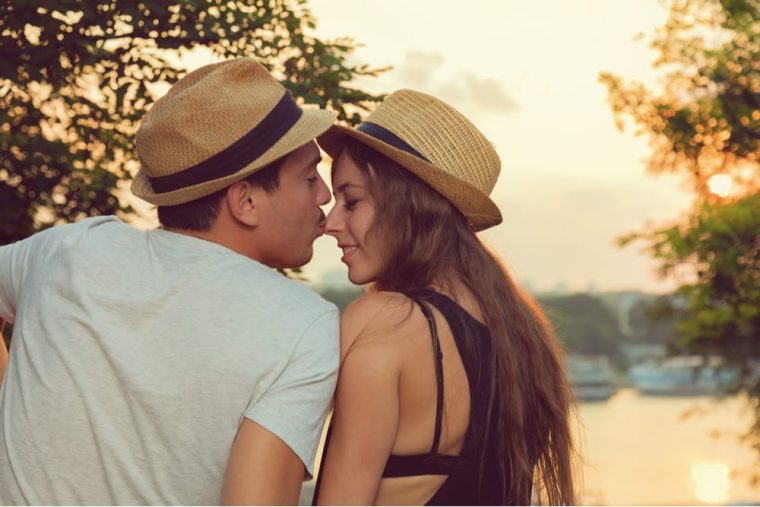 How to Attract a Libra Man in August 2020

Every month, the planets change signs and affect our relationships. Depending on the planetary movements, it may be tough to understand the needs and desires of the Libra man. But with my tips based on the monthly energy, you can draw the attention of a Libra man or improve your relationship with one in August 2020.

Attracting A Libra Man In August 2020

Wondering why the Libra man is more flirtatious than usual? Blame it on the lustful Sun in Leo highlighting his eleventh house of friendships until August 22.

During this period, the social Libra man is curious and free-spirited. He is most interested in spending time with groups of people and showing off his talents in front of a crowd. Because of the Leo Sun’s placement in his chart, focus on creating a friendly and fun environment the Libra man will feel comfortable in.

If you are an Aries, Libra, Capricorn, or Sagittarius woman, this transit will be fun and uplifting for you. During this period, you should express more of your adventurous and spontaneous side. The Libra man often gets stuck in his head, and you will help him take action on his goals.

If you are a Taurus, Scorpio, Leo, or Aquarius woman, you may have a hard time getting your point across. Be patient and gentle when expressing yourself. Do not lash out with your words.

For those Pisces, Gemini, Cancer, and Virgo women, show off more of your unique thoughts and creativity. The Libra man is an avid lover of the arts. He will be impressed with your sense of style.

Starting on August 22, the Virgo Sun will highlight the Libra man’s twelfth house of ending and solitude. During this period, be respectful of his privacy. Go with the flow.

Underneath the beautiful face and dazzling personality is a man that values family, generational wealth, and long-term stability.

Even if the Libra man isn’t ready to commit or settle into one space (or relationship), he’ll get a wake-up call when Venus in Cancer moves into his tenth house of long-term commitments on August 7.

Until September 6, Venus in Cancer will inspire the Libra man to move beyond his impulsive desires and pick a partner that he can grow with. During this period, the Libra man is most attracted to the sensual woman who he can picture as his wife and the potential mother of his children.

If you aren’t interested in being serious with the Libra man, don’t expect him to stick around.

Up until August 22, he may entertain you because of the Sun in Leo, but this will change once the Sun enters Virgo. Because Venus in Cancer is an emotional transit, be gentle with his feelings.

A fun date idea would be one that involved rich foods and fine wines. Because the Sun is in a fire sign at this time, you may want to incorporate candles or incense—anything to set the mood.

If he is particular about his home, you could buy him a new appliance or offer some tips to improve his home.

Overall, your number-one goal is to let him know that you’re in it for the long haul.

3. Think Outside the Box

If you don’t know already, the Libra man loves a good surprise. And with Mercury in theatrical Leo until August 19, the Libra man is open to a wild ride.

It doesn’t matter if it’s a spontaneous game night with your closest friends, an early morning picnic in the park, an overnight road trip to the city, an all-night video chat, or flying across the country for tea—the Libra man is most attracted to the woman who’s not afraid to think outside the box.

While Mercury is highlighting the Libra man’s eleventh house of visions and higher purpose, get to know him on a deeper level. What are his dreams and visions? What does he want and see for his future?

With Leo ruling theater and the eleventh house ruling innovation, this is a fun time to go to a museum or create art. Maybe if you’re feeling brave you can paint on each other!

Whatever the case, be bold and daring when it comes to communicating with the Libra man in the first half of August. Because on August 19, the planet of communication (Mercury) will leave fiery Leo and enter analytical Virgo.

This mentally focused transit sends the Libra man into a period of deep reflection, potentially causing him to hold in his thoughts.

If you find the Libra man less social at the end of August, respect his space.

Mail him love letters and thoughtful gifts that let him know he’s missed. He will appreciate you.

It’s no secret that the Libra man is one of the Zodiac’s most hopeless romantics.

However, with Uranus, the planet of innovation and technology, stationing retrograde in Taurus on August 15, the Libra man may have trouble keeping the spark alive.

To avoid burnout or unhealthy codependency, get your values and “schedule” as a couple in order.

Will you make Wednesday night date night? Will Taco Tuesday be appointed as the couple’s movie night on the couch? Whatever your special activities are, make them a sacred ritual. Prioritize your intimate time as a couple, in and out of the bedroom.

For those who are just getting to know a Libra man, find healthy nonsexual ways to build your chemistry, even when finances are somewhat strained.

Maybe you can pack a light lunch and have a picnic at the park, or maybe you could make him a care package instead of spending money on an expensive gift. It’s all about thoughtful ways to keep the flames burning.

When it comes to the bedroom, be willing to make the first move.

He will get the message.

Overall, if you want to attract a Libra man in August 2020, I suggest going with the flow, thinking long-term, thinking outside the box, and intentionally keeping the spark alive.

For those who are ready to dive deeper and start your journey to unconditional love with a Libra man, my guide Libra Man Secrets is better than any daily, weekly, or monthly horoscope app you’ll ever read.

Instead of just giving you the basic knowledge of the Libra man, I share real-life stories and examples of women who have been where you are and now have the relationships of their dreams.

In this intuitive guide, I’ll share with you my top secrets for winning the heart of the Libra man. If you’re ready, purchase Libra Man Secrets here.

And why not take my free love and compatibility quiz to find out if you and your Libra man are a match?

I’d love to hear your results in the comment section below!