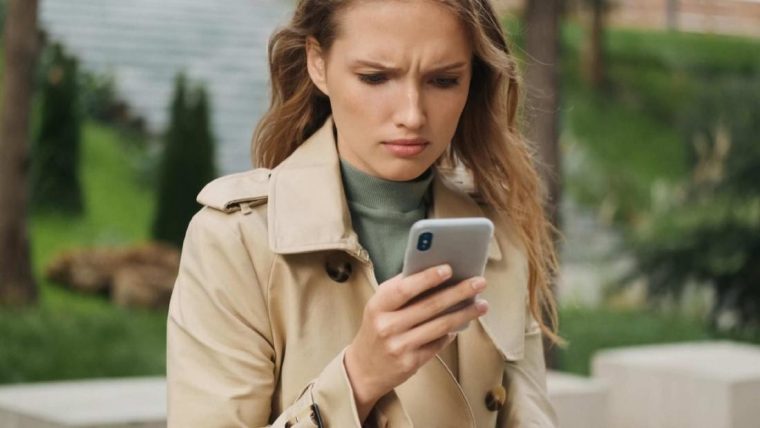 The Most Common Reasons Why A Libra Man Avoids Your Texts

The Libra man is complicated and selective when it comes to love and relationships – is he ignoring you? Is he waiting a long time to answer your texts?

What if he’s not answering at all, yet, you still see him on his social media. He still has you on his friend’s list… What is going on with this Libra man?

Keep reading, because I want to help you to learn the most common reasons why a Libra man avoids your texts.

Your Libra man problems can be solved if you are ready to take the right steps.

Your Libra Man Feels Pressured By You 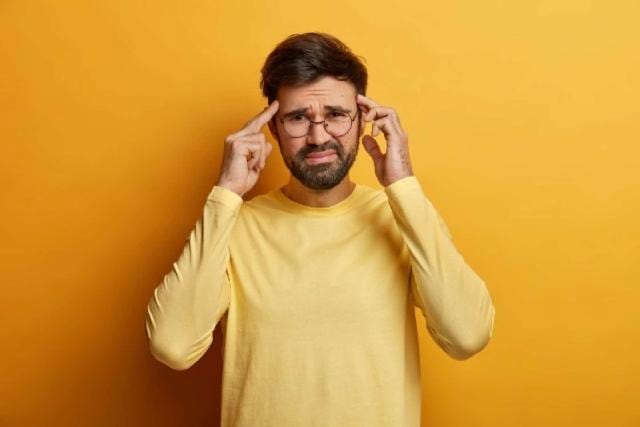 Are you pressuring your Libra guy by texting too often or asking him too many questions? You may not realize it, but this may be the cause of his disappearance.

If he feels pressured to get more serious before he’s ready for it then he will likely back down a bit. Libras are not in a rush, and want to take things slowly.

Sending him lots of texts may make him think that you are trying to go too fast, which will definitely make him uncomfortable.

Libra is the type of guy that will pack it up and run if he feels pushed into doing anything. It’s a knee-jerk reaction (not the most thoughtful, I might add, but his reaction nonetheless). He believes that if he dives into a relationship, he is going to regret it somehow.

Try to not overload him with texts. And especially, avoid important or heavy topics via text message too. Talk about those things on the phone or in person. You’ll get a better reaction from him.

Remember that a Libra man is seeking balance in his life, and when someone he’s dating starts laying it on thick, it throws off that balance. He simply cannot cope with it, so be careful not to scare him off.

He Doesn’t Know How To Fit You Into His Life

I mentioned the Libra man’s fixation on balance and harmony, but what you may not realize is that this man has his life set up in the way he wants it (for the most part).

When a Libra man starts dating you, this throws a wrench into his carefully cultivated plan. He will enjoy it at first, but then he’ll start thinking about his future and how things have been going so far.

He may receive a promotion at work or pick up another project that he is eager to do. This makes the Libra guy think about the time he spends with you.

He has to weigh his options to figure out if he can fit you into this life that he has planned out for himself. Libra ponders about whether or not a relationship with you makes sense with all that he wants to do.

This is why it can take him time to figure out if he wants to continue the relationship. It also makes him pull back from responding to your texts or even stop reaching out to you first.

Confusion scares him. Libra man doesn’t want to hurt you but he doesn’t know what the heck he wants now.

You have to show him why you are a good fit for his life. When you do this, then he can visualize how well the two of you would work together in life.

He’s Not Over His Ex 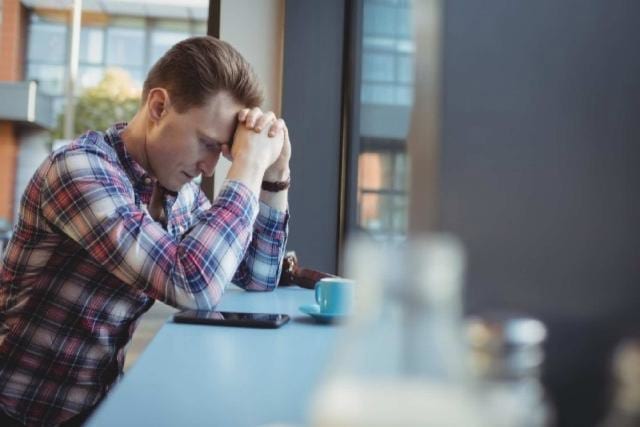 Sometimes the reason why a Libra man stops responding to your texts or has gone cold is that he may still be thinking about his ex. Unfortunately, this is not uncommon.

When a Libra man has been married, or nearly married, he will carry that over with him into his next relationship. He tends to lug that baggage around, no matter how heavy.

Your Libra guy may still harbor feelings (good and bad) about his ex, and because he hasn’t let go, he isn’t ready to move forward.

It doesn’t give your relationship a chance. He has to learn how to let go of the past and realize that not all women are the same.

You don’t need to be blamed for something that his ex did. His paranoia gets the better of him – I’m not kidding about this!

A Libra will drive himself nuts with worry about your relationship, and whether or not the past will repeat itself. He doesn’t want to get hurt and this is his way of protecting himself.

You’ll know soon enough if the ex is the issue. He’ll mention her often and you’ll realize that she’s still taking up too much space in his mind.

Sadly, this also means he could pull back from you which makes you feel lonely. He isn’t trying to hurt you at all, but rather just trying to keep himself feeling productive and accomplished.

The Libra man loves to dabble in many different activities and hobbies, and sometimes he doesn’t know how to balance work and fun (despite his ever-lasting chase for equilibrium). He may overdo it with work or extracurriculars and be left utterly exhausted.

It’s a struggle for him to maintain a healthy balance but if you’re patient and take things slow, this will ease his mind and make him more comfortable in being with you.

And reader, whenever he tells you he’s busy, he probably means it! He’s not the best liar in such circumstances. Unless there are other red flags, I wouldn’t worry too much about it.

He Isn’t Ready For A Relationship 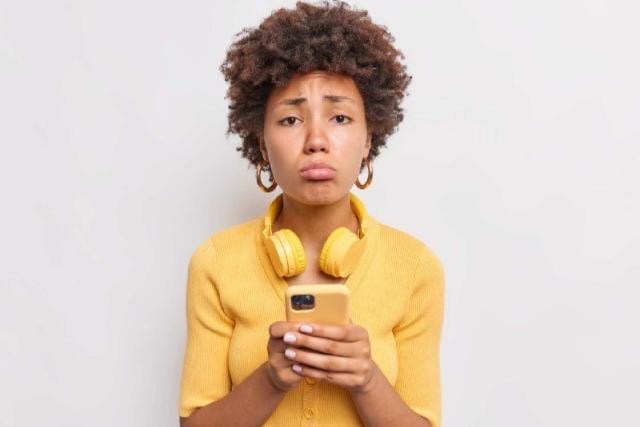 I know some parts of this article are tough to hear, but I have to be honest and straightforward with my guidance. This can also be a very big problem when you’ve fallen deeply for a Libra man who may not realize he isn’t in the right mindset for a relationship.

He may excitedly dive in and have fun with you, but he may not consider the consequences.

An example would be when a Libra man goes out with you a few times and you think that he may be the one, but he’s not going there at all.

He’s thinking that you two are just friends having a good time. He’s giving you the wrong impression, however.

Telling you that he isn’t ready for a relationship may not be at the top of his priorities, which can really be difficult for you.

You’ll know when he’s not texting you back or waits for a week or two to get back to you. You’re not his priority and he’s showing you that.

When this happens, ask him about what he thinks of the two of you. He will at that point tell you what is going on in his mind.

He Changed His Mind About You

If he has changed his mind about being with you, it’s likely because he rushed in too quickly and discovered things about the connection that didn’t sit well with him.

You’ll know if this is the reason for his quietness because he won’t respond to you at all anymore. Send him a text telling him you enjoyed your time with him but would like to know why he’s quiet now.

He should be pretty honest with you when you ask. He won’t want to leave you hanging any longer than necessary. Just be prepared that he may not stay friends with you either.

If he does, then he may clue you into why he lost interest later on down the line. Sadly, this is one I see often of the common reasons why a Libra man ignores your texts.

Can You Change A Libra Man’s Mind?

The Libra man is pretty strong-willed, but if he cares about you at all, you can find a way in and transform it into a forever type of love!

There are some things that you can text him which will get his attention and wake him up!

Get his head out of the clouds and focus on you!

You absolutely can turn things around.

It’s crucial that you take your time and don’t try to rush him.

There are ways to win his heart without pressuring him.

Don’t let his lack of response drive you crazy!

I have something I’d like to share with you that will change the way you think of Libra man.

If you’re ready to take the plunge and start taking charge of this situation then you need to click this link right now! <<

I have gathered countless data from my lovely clients who have been with Libra men.

They inspire me all the time with how they got their Libra man back.

With all I’ve studied of Libra, I’ve gotten it down to a science.

Are you ready for your Libra man to give you more attention and desire to be with you?

If you aren’t, then I totally understand and wish you the best.

Now if your answer is “yes!” then click here right now for some extremely useful tools!

Don’t let your hurt block you from potentially having the greatest love of your life.

Just because he’s difficult now doesn’t mean that he won’t love you forever.

You can take control of this if you really want to.

That’s just it – you have to really want it!

I leave it up to you, and I wish you all the luck in the Universe.