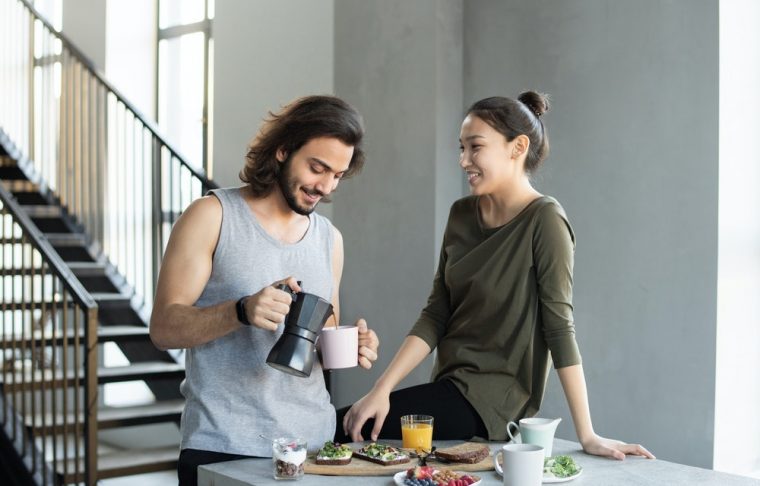 How to Keep a Libra Man Interested – a Few Easy Steps

When you find yourself totally enthralled by the charismatic Libra man and just are not sure what you can do to keep him tuned in to you. What can you do to hang onto him? You probably should keep reading to learn how to keep a Libra man interested.

Libra men love to be social and they love having time to themselves. When they think of the perfect woman, they think of a woman who has her own career, is taking care of herself, and doesn’t need to be with him all the time.

He doesn’t care for women who are clingy or needy. He doesn’t want to have to take care of anyone but himself if he doesn’t have to. The right partner for him won’t need him to do that as she can handle her own.

That being said, if you’re trying to win the heart of a Libra man for keeps, you will have to be that independent woman he wants. If you aren’t naturally this way then this is a change you must be willing to make or accept he’s not the one for you.

You have to really be alright with doing your own thing or hanging out with your own friends instead of wanting to be with him more often than not. He has his own life and doesn’t want to totally give it up for anyone.

Libra man loves to go out and see his friends and give them a bit of his attention so that he can get the adoration from them that he craves. Having you there all the time would cramp this and cause him to resent you.

Being with a Libra man for the long haul means being your own woman and having autonomy until he’s ready for serious steps such as living together or marriage. Even then, he still wants to have a little bit of separation in a healthy way. 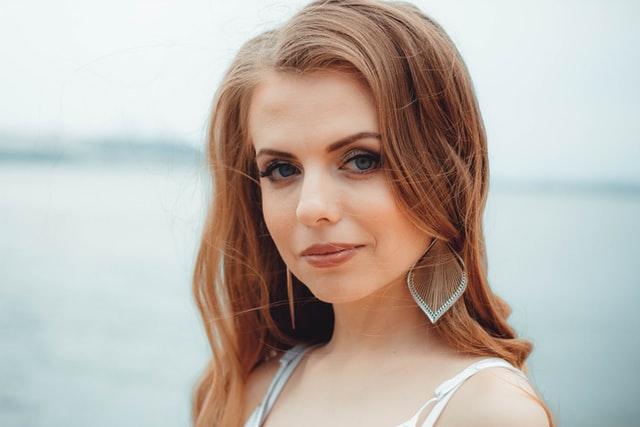 Confidence Without Being Arrogant

This part can be a little confusing because sometimes the Libra man is a bit arrogant himself. He dotes on his abilities and talents. He can sound like a bag of hot air at times.

Knowing this, it sounds rather contradictory when he doesn’t want to be with a woman who comes off as egotistical or arrogant right? I agree! Even so, he is looking for a woman who is sweet and considerate.

It’s alright to toot your own horn from time to time but don’t do it too much or he’ll feel like you’re stroking your own ego too much and there is only space enough for one of the two of you to be that way.

In other words, he wants woman who will provide him more balance. He already knows how to be self confident but he also knows how to sound selfish or come off as high on the horse.

He has to be with a woman who is very well grounded, doesn’t need approval for anyone, and doesn’t care about getting attention from everyone around them. It helps him balance better. It also teaches him how to be more humble.

Read next: Libra Man in a Relationship Can Be Heavy: Learn How to Deal with It

Honest and Open With Your Thoughts

You always want to tell your Libra man what you’re thinking and how you feel about things. If you do not, he will not get to know you on a deeper level and he will not understand you.

I am not saying that every time you feel as though you are upset that you should be dramatic and be really emotional. What I do mean is telling him how you feel while remaining as calm as you can.

He will understand and listen to you more when you’re being rational. If you blow up and tell him that you’re sick and tired of him doing something, he will take this as criticism and drama. He won’t like it and he’ll clam up or shut down.

It’s better to tell him “I don’t like when you do this. Can we find a solution?” It’s a way of trying to find the bright side of things and a way of making it so that it doesn’t happen again.

When you want to suggest to him a better way to help him with something, you may want to tell him that. If he thinks you’re not happy with how he’s doing something, he’ll feel you’re criticizing him.

Don’t wait until he’s upset with you. Tell him “you know, this is just a suggestion but have you tried doing it this way? It might be faster or more efficient for you. Again, it’s just a suggestion though so don’t think I’m telling you what to do”.

Then he’ll be more receptive to what you’re saying and won’t take any offense. Whatever you do, don’t ever go at him yelling and screaming. He definitely will tune you out and you won’t solve anything.

Read next: How to Know If Libra Man Is Serious about You – Ask Him Exactly This 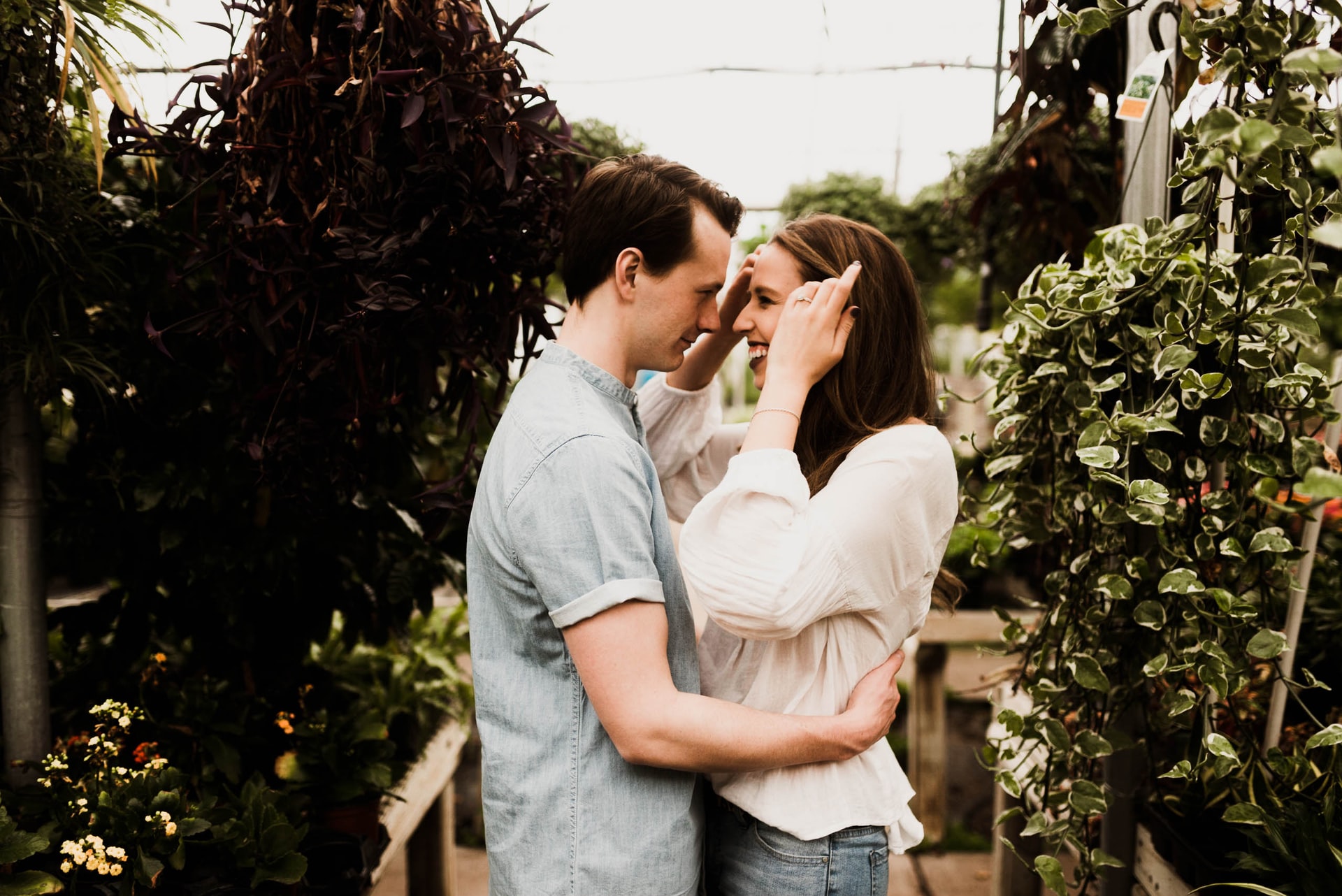 Libra men respond well to women who are considerate to him. Doing things he loves, feeding him foods he favors, or doing things you know he’ll love; will win his heart and make it so he wants to stay with you.

Try telling him what he means to you, how you feel about how amazingly handsome he is, how comfortable you are with him, and how he makes you feel when you’re in his arms.

He loves stuff like this and it gives him positive feedback. He’ll want to be with you more when he knows that you’re appreciative for what he contributes to your life.

He wants for you to be happy and knowing that he’s the one helping out with it, he’ll absolutely love it. Compliment him on how hard he works, on how well he does, and how much you love his brain.

Lots of attention and sweetness to the Libra man is the quickest way to win him over and to hold on to him.

Are you successfully hanging onto your Libra man? Tell me your methods!