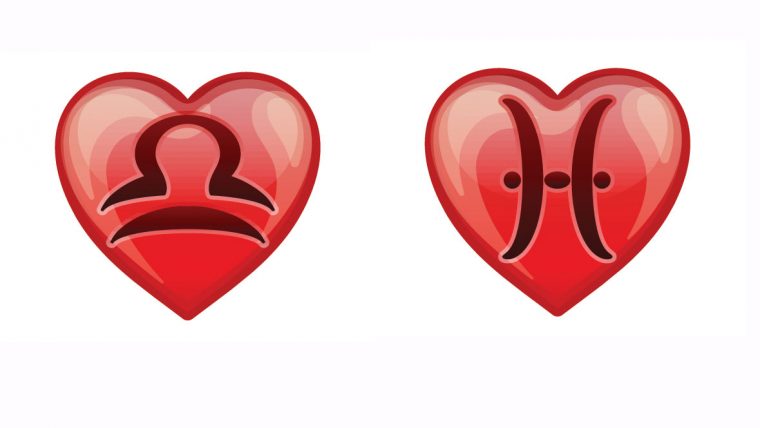 The Libra man with Pisces woman relationship is a very complicated one if they actually do decide to try to make a go of it. They’re very different with each other and it makes it one that is hard to build or maintain. These two will have to work very hard to keep their love alive; if it ever formed in the first place. Nothing is impossible though! Keep reading for more insight on this connection.

They will be initially attracted to each other on a sexual level but once they start to actually talk; they realize they really don’t have a whole lot in common and maybe aren’t as attracted as they initially thought they were.

On a physical level, they see each other as very beautiful. They find each other very attractive and thus why they are drawn to one another. The capability they can bring to the bedroom is definitely there.

They’re both selfless in the bedroom which is fantastic. However; there may be conflict heading for them later on when neither of them can make a decision or connect on an intellectual level. You can’t have a strong foundation built on sex alone.

They’re not even totally fulfilling with each other sexually either. It would be one of those situations where it’s enjoyable and you have a fantastic first few rounds but then becomes monotonous and not as thrilling later on.  Feelings get in the way.

Pisces Woman, Who She Is 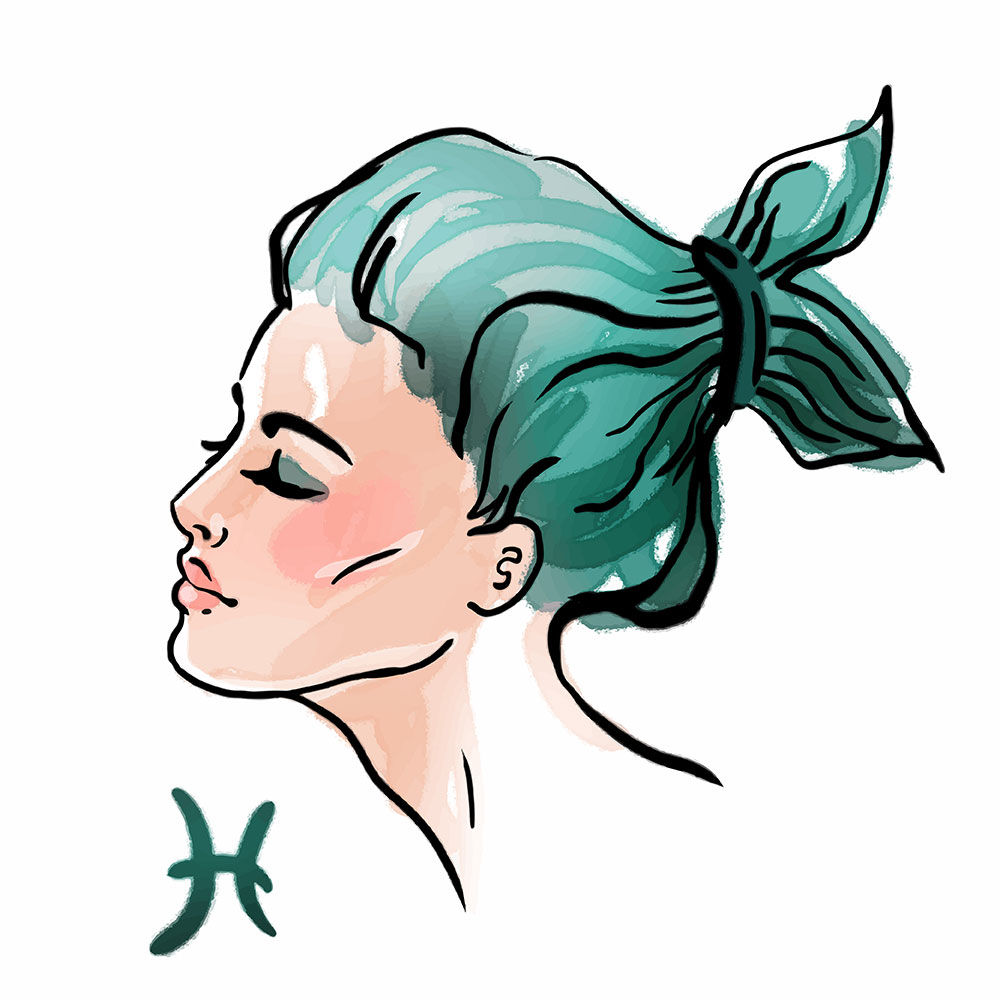 The Pisces woman is very deep, emotionally driven, and spiritually connected in life. She’s a sensitive soul who needs to be handled with great love and care. She’s looking for the man that she can 100% be herself with.

The Pisces woman is looking for a partner who inspires her and makes her feel as though life is the most wonderful place to be. She doesn’t yet realize that it is HER that actually is control of how she feels.

Be that as it may; she’s seeking a partner who will help her feel as though her dreams are not just in her head. She herself is exciting and a real thrill to be around.

When she meets the Libra man; she feels how positive he is and how connected they could be on a sexual level. He’s very sexy and she feels that maybe there is an underlying spiritual connection here.

Once she gets to know him however; she sees that he’s a bit too secretive and mysterious for her heart. She wants someone who is true and honest 100% of the time. This includes being open about who they are.

Pisces woman wants someone who can be himself, not seek out attention from others, and will be her life mate. The Libra man and Pisces woman soulmate connection is not very likely for these two.

Libra Man, Who He Is

Libra man is someone that almost everyone likes to be around. He’s personable, optimistic, funny, charming , and a real joy for everyone to behold. He’s authentic in his care for people and makes him a sought after type of man.

Libra man often has a plethora of women to choose from but he’s looking for the one that is different from all the others. He wants someone who will help him balance his life while showing him great devotion.

He seeks out someone who will make him feel alive, loved, and comfortable in his life with her. This may sound like a tall order but he knows what he wants. He just gets confused sometimes as to who is being real with him or pretending.

When the Libra man meets the Pisces woman; he loves how dreamy she is. She’s beautiful, is very sexually attractive, and thinks she’s a good woman to discuss future endeavors together.

While he himself is a dreamer; he also tries to keep his feet on the ground which is why he can be rather indecisive at times. While he is drawn to her, he thinks her head is a bit in the clouds a little too much.

She’s not grounded enough for him. Libra man and Pisces marriage is highly unlikely but entirely impossible. Maybe with age and time these two can cultivate an appreciation for each other’s differences.

What Works Between Libra Man and Pisces Woman

These two really don’t have too much in common personally. However; they can find sex to be something that can initially bring them together. They’re both selfless lovers and can show each other some tenderness.

While sex can be somewhat fulfilling; Pisces woman wants to feel 100% connection with her lover. Libra man isn’t going to be easily seduced on that level. It takes him time to open up and form a more spiritual connection.

They may share similar life values which are great for planning marriage, kids, etc. However if they cannot get to that point; then there is no real point to sharing their core values right?

They will likely find a few things that they have in common activity wise but typically they are vastly different. Finding common ground might be much more difficult for these two.

There really isn’t a whole lot more than they have going for them sadly. They would have to do some serious work on both sides to make this a relationship or even to make one last.

What Libra Man Thinks of Pisces Woman; Especially in Bed

The main thing connecting the Libra man with Pisces woman is the planet Venus. They both share it. The thing is; they react to it in very different ways. They are likely to find lust but not as likely to find love.

Libra man finds the Pisces woman to be soft, tender, and giving in bed. He loves this but he would like it if she spoke up a bit more when she’s in the mood. Sometimes she isn’t as forthcoming as he needs.

This is where things may get messy with Libra man and Pisces woman. While the sex is good when it happens; when it happens may be an issue. When can these two find time or connection to make it happen?

Libra man finds that Pisces woman sometimes has a hard time telling him what she really thinks, feels, or even struggles with the truth. This can make it difficult for him to accept her seriously for the long term.

He thinks she is very sweet and caring but he feels as though she’s a bit too sensitive. He’s sensitive but two sensitive people in one relationship typically don’t work well. Someone has to play the strong role.

He also won’t like that she’s neither passionate about her career nor independent. He wants to be with someone that is on the same page as him so that he can feel that there is balance. With Pisces woman; he feels no ability to have balance. 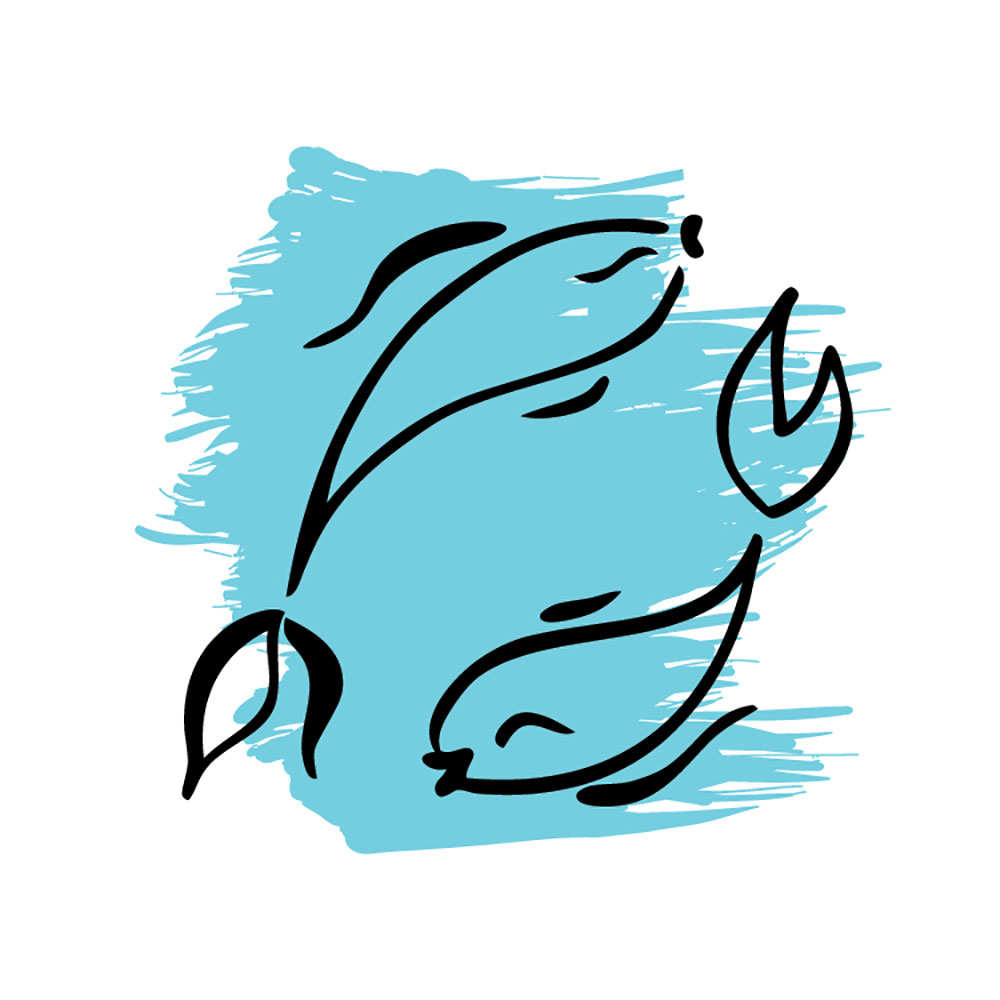 They have a lot of things that don’t line up. Sadly they have more problems than they do in common. There is near to no trust between them. Libra man is mysterious and doesn’t reveal everything.

Pisces woman doesn’t want to open up and tell Libra man anything unless he feels that he’s someone she sees herself being with for a long time; if not forever. She also won’t like that he loves other women’s attention.

She will despise him being a flirt, will think he’s a flake, and will basically want to move on and find someone else that is more her speed. Libra man will think that she’s not truthful enough, not strong, and too emotional.

Libra men are not good with drama and try to avoid it as much as possible. He will think that Pisces woman is far too dramatic and not something he wants in his life. Their core values won’t line up enough to change this.

They are not good at all at talking to one another effectively. They’re both unable to open up and thus unable to tell each other how they’re feeling. They don’t want to rock the boat with each other so they just don’t talk.

They don’t have a lot in common as far as interests go. They may find one or two things they enjoy doing together but it’s not really enough for them to make a life out of together. These two are riddled with difficulty.

Out of these two; the Pisces woman is likely the one to break it off. If she’s in denial though; Libra will end up doing it… eventually. He can be indecisive about it or not in a hurry.

He doesn’t like dealing with confrontation and this makes him hold off on breaking up even if he knows it’s warranted. Pisces woman will quickly make up her mind and thus will be the one to make the call.

Can these two get back together after calling it quits? The real question though is; why would they? They’re so different and have such a hard time making a success with their love that it wouldn’t make much sense.

When the two remember how much trouble they had making a go of it that they’ll likely decide to refrain from trying to get back together. They’ll just move on and find someone else who fits their needs better.

They may remain friends but again; they don’t really have a whole lot in common and Pisces woman isn’t looking for another friend. She wants love. She wants her soulmate and love of a lifetime.

These two may have a very messy connection at best. There is always possibility but this one would be very difficult. In fact; on a scale of 1 to 10; I’d give them a here 2.5.

They score very low on the love and compatibility scale. They really don’t have enough in common to keep each other’s interest. They cannot or will not trust each other.

The Libra man and Pisces woman don’t seem to connect on a spiritual or romantic way either. While sex may be good to start with; it won’t stay that way as both need more and in different ways.

They are horrible at communicating how they feel or telling each other what they want both in and out of the bedroom. They don’t likely share much activity wise either.

I hate to sound so bleak with these two but honestly they really would struggle if they decided to build a relationship much less maintain it over a long period of time. It’s not impossible but not likely.

The two would have to agree to go to a counselor or mediator that would help them learn how to really open up and talk to each other. It’s not very likely that either of them would want to do this.

In fact; it’s likely that they will feel it’s not really worth it and would rather move on and find someone else who fits what they’re looking for. If you’re a Pisces woman with a Libra man; really look at your relationship.

If there are qualities where you do feel you match up, go with it. Some factors can change things such as moon signs or rising signs. Also trust your gut! Who knows, he could be the one. If not, don’t feel too bad, there is someone else out there for you.

If you’re ready to understand more about how compatible are Libra man and Pisces woman, check out my brand new Libra Man and Pisces Woman Love Compatibility Guide, and if you want to catch him and keep him click here to learn more about Libra Man Secrets.

4 thoughts on “Your Match: Libra Man with Pisces Woman Compatibility”