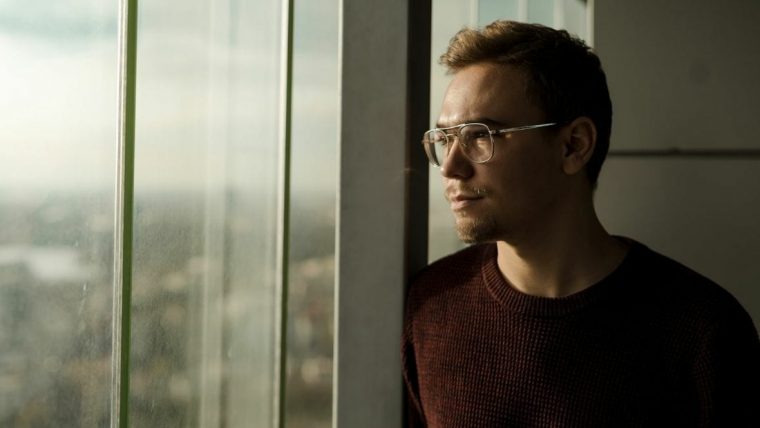 Hello, my beauties. How’s the world, is it still turning? I hope it is, because we have fresh predictions just for you, so sit down and relax, and let’s dive in!

The first week of June is the Libra man’s time – he has it made, the stars are really good to him, and all he needs to do is sit back, relax, and enjoy the cosmic ride on this blue rock. There are possible difficulties with some legalities and missing papers, but that should be sorted out by the end of the second week…

The second week of June puts the Libra man in a lot of social settings and unexpected encounters. He loves the extra attention he’s receiving, and that puts him in a good (romantic) mood, so you can expect a burst of positivity and ideas when it comes to dating and romantic activities. Enjoy the ride…

The third week of June has the Libra man perfecting the art of… love. He is the embodiment of Casanova during this week, and he’ll do his best to make you weak in the knees. Learning new skills, speaking romantic languages, and having dinner under candlelight are all wins of this week.

The fourth and final week of June concludes this month with a string of victories in the Libra man’s favor; that’s it, that’s his month of June – he’s charming, he’s bold, he’s determined, and he’s charismatic, that’s the story plot!

I Came To See, And I Conquered

The Libra man is going to reap all the rewards June has to offer – he has it made! His love life will be peaking, as well as his sex and romantic field. He’s feeling great about himself and at the same time, not only is he full of charm and confidence, but he’s also very charismatic towards others and his libido is at its full potential.

The most interesting and active aspect is his seventh house of love and partnerships – Mars conjunct Jupiter in Aries, wow! Especially during the first and second week of June… the Libra man is the MVP of this month, no doubt.

There’s a possible miscommunication about other people’s money, or some papers are going to be lost when it comes to an inheritance, but that should clear up by the end of the second week of June, so no stress is needed.

I Am The King

The second week of June gives the Libra man’s full extent of emotional range. He is there to feel it all, try it all, and share it all. The Moon is in his first house of self, so he will be (quite literally) feeling himself, and Mars is still conjunct Jupiter in Aries, and what’s more, Venus is now conjunct Uranus as well.

This is some time to be alive, that’s for sure! The Libra man will be emotional, open to new things, honest, charismatic, adrenaline-seeking, and very, very sensual. Now is the time of sudden and violent changes. But in the end, there will be good changes. Both the stars and luck are on the Libra man’s side during this transit.

At the end of the second week of June, there’s a Super Full Moon in Sagittarius affecting his third house of communication and his ninth house of philosophy. The Libra man will find himself having deep and meaningful debates with his neighbors, siblings, and foreigners.

You could say that he will be positively glowing, thus, attracting all kinds of attention and reveling in the chance to get on his soapbox and preach about finer things and philosophies in life. It’s a perfect time to visit a foreign restaurant or to go to a neighbor’s cookout.

The third week of June puts a little damper on his fun parade due to Saturn (and Pluto) Retrograde, but nothing can stop the Libra man. The Moon is conjunct first Jupiter, then Mars in Aries, his seventh house, and Uranus is conjunct the North Node in Taurus – a lot of positive and bombastic changes are happening in his sex and love life.

The Libra man is realizing that he loves to be challenged, that he has grown bored of the usual harmonic and balanced stuff, he wants to feel alive and invigorating again, and these transits are making that possible for him.

This third week of June is perfect for philosophical topics and learning new languages, or learning to cook foreign cuisine. The Libra man will want to provide pleasure to his love interest or lover, thus, he will try his best to indulge in every Eros-like way, and that means speaking in French during dinner and cooking French cuisine and aphrodisiacs.

It’s an excellent time to roleplay some of your favorite romance books and to quote lines from your favorite movies next to candlelight.

Some Moves And Swagger

The fourth and final week of June puts the Libra man in a pensive mood. He will be asked to focus on his work and career thanks to the Moon trine Neptune. But luck will be on his side, so he will be able to use his diplomatic skills to the utmost extent and make arrangements and deals that are soothing for everyone.

His love life is expanding, and he is moving forwards with increased speed. He is not indecisive anymore; it’s as if he knows exactly what he wants, and he’s going after it.

His words are getting more charming and clever as Venus has entered Gemini, and Mercury is keeping her company. The Libra man will deepen his language skills and his romantic speech will max out.

At the very end of the month, the New Moon in Cancer combined with Lilith brings challenges at work, especially with a female coworker, but the Libra man’s swagger and persuading skills are going to win that “battle.” Overall, it’s a really good month for the Libra man.

Read next: 7 Ways To Show Your Libra Man That You Appreciate Him

The Libra man will be feeling decisive, bold, and very charismatic during June. Stars are aligned in his favor, and he is ready to reap the rewards of his diplomatic and level-headed choices.

It’s good being a Libra man during June, I cannot lie. His focus will be on his love, sex, and romantic life. He will be all over the place, as will his lover or love interest. He will initiate new ideas, dates, and outings.

He’ll also want to start new hobbies in order to perfect and up to his love game. The Libra man is the eternal Casanova at heart, and even though he might not be a sultan with 300 wives, he’d like to think that every woman who sees his smile could be a potential wife. That keeps him going in life!

If you still feel the need to know what’s next on the cosmic menu, then click here and book your fully detailed and extensive reading with me.

Until next time, dear readers!