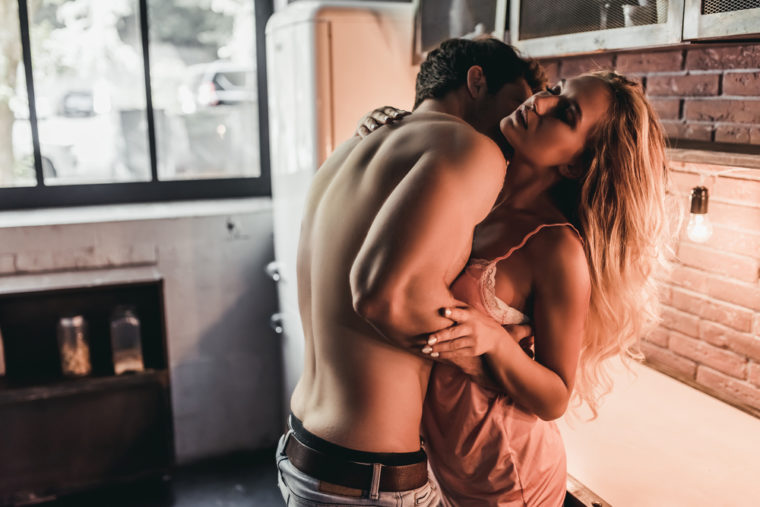 Libra Man Sexually – How He Matches with Other Signs?

Which signs make Libra man weak in the knees when it comes to sex? Who fits the Libra man sexually on a grander scale? Keep reading to see how each sign rates with the Libra man and who should possibly avoid sexual contact with him depending on if there is chemistry or not.

Starting with the Aries woman, it would seem that that she is absolutely a fantastic match for the Libra man in most ways, especially sexually. Aries woman is hot and heavy, ready to be aggressive, and passionate.

The Libra man will absolutely love this about her as he’ll never wonder if she’s in the mood or not as she will always let him know where she’s at, what she wants, and how she wants it.

Taurus woman is also a sexy connection. Again, Taurus woman stresses a bit of dominance and has no trouble letting her Libra man know that she’s ready for some sexy time.

Trying new things like games and techniques are not taboo for the two. Relationship wise they may not work the best but sexually, they’re a real hit when it comes to getting kinky.

Another possibly smoking hot match would be Libra man with Leo woman. She is sure of what she wants, is self aware, and will have no trouble telling him when she’s in the mood.

She will want to dominate in the bedroom and he has no problem letting her do her thing. In fact, he is rather turned on by her beauty and ability to take what she wants. He applauds this in her.

These two don’t need an actual relationship to hook up for sex. However, it could develop into more in time if they both want it.

Sagittarius woman is a fantastic sexual match for Libra man. He will do anything he can to please his woman as she’s the fire he needs to keep his torch burning. He will be easily turned on by her.

She will feel a connection with him that is fun. He’s willing to do whatever it is that she wants for the most part as to give her what she desires. This suits her fine and will fall right into place with the Libra man.

Aquarius woman is another possibly hot mix for the Libra man. She’s adventurous and likes to try new things. The two of them may find new ways of doing things, they may agree even to swinging with other partners.

These two can get downright dirty in the sack. They have amazing sex and are both very satisfied. They may have issues relationship wise if they decide to pursue that but sexually speaking, they are a hit.

With the Gemini woman, it will be more playful and laid back. It won’t be the most passionate but it will be stimulating. They’ll be able to laugh and have lots of fun with each other in bed.

The two will like playing games and doing things that are sure to be a good time. When it comes to relationships, they’re fantastic social people who have busy lives. They’ll find time for their sexual pleasure, however.

Between the Libra man and the Virgo woman, they find some sense of comfort. They won’t be wild and crazy but they’ll feel rather at ease with one another. Virgo woman may not want to just “hook up” though.

If she wants an actual relationship, she won’t be willing to dive into bed with the Libra man. She’ll make him wait to see if he’s someone who can be what she wants.

Libra man with Libra woman is one that is very equal and passionate. They both want to give to each other. However, they may find an issue as far as letting each other that they’re “in the mood”.

They are both romantic though so when they do manage to make it known what they want, they will succeed in having a great time together. The two have to make sure that they’re both in sync with each other.

Capricorn woman is someone who may do well with Libra but only when she’s willing to give him the time and attention. She’s focused on her career/work and what she wants her life to be.

This makes her focus a bit less on sex. She’ll be kinky when she’s in the mood but that’s just it, she’s got to be in the mood. She loves that he aims to please and this could bring gratification but only when she feels she can find the time.

Not the Best Pairing

Not so great is the compatibility with Cancer woman. Until the Cancer woman feels secure with the guy she’s with, she’s going to be rather reserved and may not want to give in too easily to the Libra man.

This means she may withhold her very best attributes in sex because she doesn’t trust the Libra man so why would she open up and give him her all? She wouldn’t and this makes for a sort of drab sex life between the two.

Scorpio woman will be too down and dirty for the Libra man. He wants passion and romance while Scorpio woman just wants to do the deed and get off. She prefers a man who will actually bypass all the sweet talk and get to the core.

It’s not that she doesn’t appreciate his passion but his passion is more of thinking, talking, and taking it slow. Scorpio woman likes to dive right in and get really kinky and he may fall short in this way.

Pisces Woman is a bit more emotionally invested than the Libra man. He may actually hold off when he realizes that she’s so sensitive. He cares about her well being and wouldn’t want to endanger that by getting sexy too fast.

Pisces woman is a goddess in bed but these two may not connect as easily as some others. If they decide to have a long lasting love, then sex may be something that cultivates into something very special, otherwise, they’re not the best match sexually.