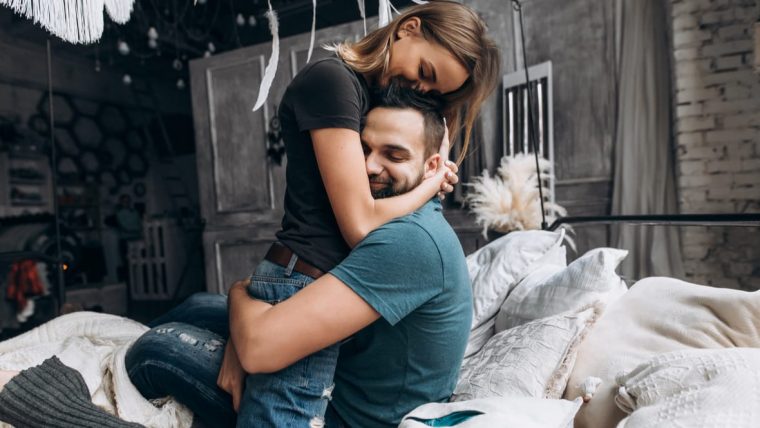 Hello, my lovelies! How are you? The November Horoscope for the Libra man is here, so let’s dive right in!

The beginning of the month puts the Libra man’s eyesight in danger; he’d be wise to be extra careful in traffic. But aside from that, he’ll exhibit a bit deeper and more passionate emotions on the surface. He will seem more Plutonic than Venusian in nature, and that could be a serious turn-on.

The New Moon will bring disruptive energies in his life, but those are karmic in nature and he has to overcome them to flow and grow. It’s a perfect moment for a horror movie and wine date.

Mid-month presents a bag of challenges for the Libra man. He’ll have fires to put out left and right, and he might be more flammable at this time than usual. He could snap and exercise passive-aggressive behavior on others who had no part in his current state of crisis. It’s not a very opportune time for romance…

Then Full Moon Eclipse will hit it off with a bang. Some raw topics in his life will reach their conclusion and resolve. His libido will be very potent and he’ll be led by it in his words and actions. Karmic consequences might also result from this Eclipse’s actions.

The end of the month will be a final test for the Libra man, as to how well he managed the rising challenges during November and how prepared is he to go deeper in his romantic relationship. It’s a final countdown and he should display courage.

Plutonic Vibes All Around, But Romance Runs Deep & Passionate

At the beginning of November, Venus – Libra man’s ruling planet – finds itself on a prominent degree in Sagittarius, his third house. Venus is conjunct not one, but two fixed stars at this point in time.

The first star is Aculeus from the Scorpius constellation, and this star adds the nature of Mars and Moon to Venus; this means that adventurous and perfidious circumstances are present in all matters of his third house, the house of communication and short trips.

The second star is Etamin from the Draco constellation, this adds Saturn-Jupiter nature with Martian influence to Venus. What this means is that the Libra man’s focus and concentration will be very prominent during this time, but a danger to his eyesight is imminent.

With the combined energies of these two stars and hard aspects to both Moon and Neptune, the Libra man should watch out in traffic and take extra care while driving.

Other than that, good news for his love life and romance is on the horizon. Mercury is in his first house of self, so he will feel talkative and he’ll experience luck in the inheritance department.

This will put him in a generally good mood, and he’ll want to indulge in romantic dates, sensual wine and dine evenings, as well as stargazing with his love interest or partner.

Despite this cheerful forecast, there’s still Chiron in his seventh house of marriage concerning his partner. So, this entire year holds the topic of him learning about life through his love interest or partner.

The beginning of November is going to amplify that, as the ruler of his seventh house (Mars) moves into Scorpio, where it feels good and makes good aspects. However, Scorpio is focused on dark, deep, and possessive emotions – so do not be surprised if he begins exhibiting behaviors that match more of the vibe of Scorpio than that of Libra.

The New Moon will make a carom in his second and third house. He’ll be asked to deal with his body image, as well as his passive aggression caused by inner dissatisfaction and the misbalance that he’s been subjecting himself to for the last couple of months.

This lunation is a chance for him to transform himself and his inner image, and release all the things that don’t serve him anymore. And having help from the side (from his love interest or partner) could be very beneficial and make the entire process easier for him.

Since Mercury is almost out of his rising sign, Libra, but not quite, it will conjunct the Izar fixed star from Bootes constellation. This will give a bit of a Saturnian influence on his mind, and some occult interest and questions will rise in the back of his thoughts.

He’ll feel the need to explore the deeper meaning of life and the fabric of the Universe. Indulging in a romantic evening with a good bottle of wine would be a perfect date for this lunation with Libra man.

The conversation might lead to some very deep, emotional, and important topics that can prove to be quite soul-bonding for the two of you.

Some People Are Warm, And Some Are Burning At The Stake

The middle of the month brings total focus on his fourth, seventh, and eighth houses. This means that his focus will be on his family, partner, and occult matters.

Since Venus will find its seat on a very maleficent degree that holds the most violent object in the skies (Facie), and that falls in his fourth house, this means that he is most likely to receive some disturbing news from a family member.

This whole conundrum does not exclude talks about inheritance and family money issues. But, it’s crucial for the Libra man to keep his cool and try to remain as balanced as he can from within, otherwise, his immune system may falter.

The mid-month will be marked with money topics and harsh conversations with his family and relations. If his love interest or partner shows interest in his problems and things that bother the Libra man, he’ll find a supporter and some solid advice.

But, not all is dandy, nor it can be with this celestial makeup. He might be prone to being overly negative and angry, and even the kindest words and caring advice could sound like adding insult to injury.

If that happens to be the case, it’s best for him to take a knee, and catch a break from all around him. He should spend more time in bed and resting during this transit.

A Phoenix From The Flame

The Full Moon Eclipse shines a bright light onto his eighth house, so aside from family matters and inheritance reaching its peak and resolution, his sex drive and sensuality will be hitting peaks.

Venus will find itself conjuncting Nunki, a fixed star from the Sagittarius constellation, and this will bring him good luck not just in family matters but also in love. Now is a very good time to spend time together and be romantic with each other.

He’ll have luck with the opposite sex, and he might even receive some favors from ladies in his life. But I have to say that engaging in sexual acts with the Libra man can have karmic consequences as his fertility will be peaking at this time.

His libido and his sexual desire will be very potent. If you’re spending some “innocent” time together, or even just texting, don’t get surprised if things start accelerating at an alarming rate. Romance and love matters can go from zero to a hundred pretty quickly at this time!

The stars are inclined towards the Libra man at this time, so he’ll be able to resolve and release some fears that have been blocking him for some time now. He’ll be able to transform himself for the better, and that is significant news for his love interest or partner too.

He’ll be very charming and smooth during this lunation, but very direct still. He will ask for what he wants in a blunter manner.

The end of the month will have divided influences for Libra man. The Moon finds itself in his first house, conjunct Foramenon fixed star from the Argo Novis constellation, and this will bring good fortune in love and romance.

Venus closes in on Pluto with her conjunction, atop of that, she sits on Dheneb star from the Eagle constellation, and this brings liberal behavior in love and good fortune with family matters, but also a bit of a taken-for-granted attitude towards his love interest or partner.

If he raises higher in his vibration, the Libra man could use the end of this month to do a lot of self-healing in partnerships and set a good foundation for further love growth.

Texting and chatting about past wounds, love lessons, and coming clean about things he still feels shame from previous relationships is time well-spent time together during this period.

Also going outdoors and immersing in a bit of adrenaline-inducing activities can be a good thing for him now. Some of the favorable ideas for a date would be rock climbing, paragliding, and going to an amusement park to ride roller coasters.

The Libra man will be asked to step up his game right now, and his love interest or partner should mirror his progress.

Read next: How To Get A Libra Man To Settle Down And Commit To You

The Libra man will be one of the Zodiac signs who have it rough in November, but let’s not fear the Reaper and fall into despair. All of life’s lessons are there for a reason, sometimes they are easier, and sometimes they are not so easy.

If you’re in doubt about your relationship with a Libra man or are looking for more specific guidance in love, then it’s time to check out my special offer. I’m providing my lovely readers with VIP consultation where I can answer all your personal questions in love and life.