Libra Man Taurus Woman Sexually – Is Your Match the Right One?

Is the Libra man the type of guy that helps you to feel secure and comfortable in and out of the bedroom? He absolutely can provide comfort no problem. Security is another matter. What is the real score between the Libra man Taurus woman sexually? Keep on reading for real information what this match is truly like.

What Brings the Libra man and Taurus woman together?

The Taurus woman is lured in by the charm and charisma the Libra man brings. He’s hard to resist as he’s very attractive, has a sexual draw to him, seems really fun and easy to be around.

This lets the Taurus woman feel cozy with his ability to say the right things, convinces her that he’s a great guy, and will do whatever he can to please her. She’s totally elated and wonders what else there is between the two of them.

Neither Libra man nor Taurus woman are in a particular hurry to jump into a relationship. Both really want a love that lasts a lifetime though and will hold out for it. That doesn’t mean they won’t have fun in the meantime.

While both signs can be light hearted and enjoy spending time together, there are some differences that will cause a bit of a block on the road of anything more than friendship.

They may even try to have a sexual tryst but it wouldn’t be something drawn out unless they actually verbally agree to be sexually exclusive while being friends without a committed relationship.

If they do agree to this then by all means, they can play with each other and have a great time knowing that they don’t have to answer to anyone. It’s not something that will ever really develop further though.

Neither would settle down with someone who would easily agree to “friends with benefits” which is sort of a double standard but they do have their own set of morals and ways of living.

Other Ways They May Connect 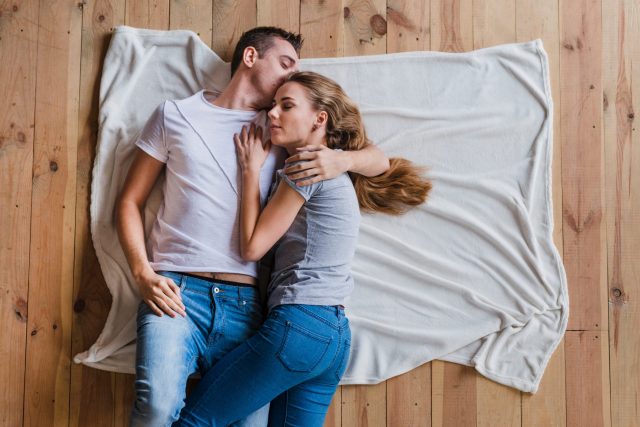 Provided the Libra man and Taurus woman decide to get to know each other better or maintain friends with benefits lifestyle, they may explore other things they have in common.

They might have some activities in common that allow them to get together and have a great time. However, there isn’t too much beyond that that they may actually agree on.

These two really are different in many ways. They should be able to find things to do together that are exciting and social. However, they differ so much that aside from movies, music, and other things that they can “do”, they won’t see eye to eye on other life things.

Libra man is far more social than the Taurus woman. He really loves being in the limelight while Taurus would rather be in the background. When people recognize the Libra out and about, Taurus woman will shy away.

While both are highly intelligent in their own ways, they’re still very different from one another. They enjoy different frames of intellectualism that do not meet in the middle.

Activities are probably the extent of their experience together outside of the bedroom should they decide to go ahead with a sexual relationship devoid of other commitment.

Why Libra man and Taurus woman Have a Hard Time 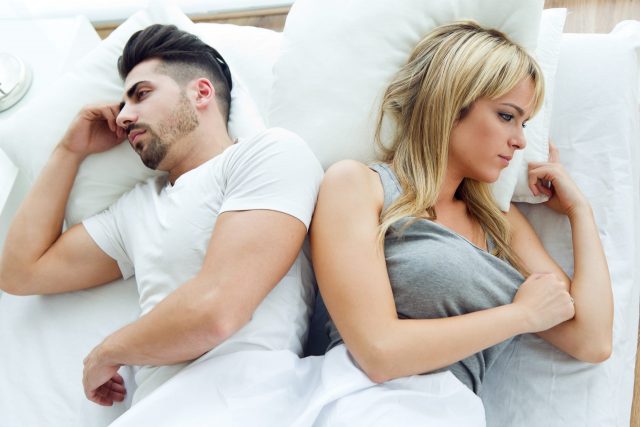 These two may find it hard to form an actual relationship because they have far more apart than they do in common. They really don’t understand each other and how they think. They don’t relate.

They don’t agree on life values. While they may see some things similarly, they still see most things very differently. It makes them argue and not enjoy being around each other.

Ultimately they figure out that they’re really not good for each other because they’re pretty far apart on the romance scale. There definitely isn’t any trust. Libra man can be tight lipped and seem sketchy.

Taurus woman will not like this about him at all. She won’t like that he’s so flirty and in need of other people’s attention either. Even if she agrees to a sexual relationship, she’ll still feel some sort of “claim” on him.

It gets really confusing when she becomes jealous and he reminds her that there is no commitment. She will want him to be exclusively hers sexually. The thing is, their sex isn’t really all that fulfilling either.

Communication is really almost nonexistent with this match. They don’t know how to open up to each other and instead walk on eggshells until something goes horribly wrong forcing them to open up.

Then they realize that it’s not healthy for them to pent up their emotions the way they are and ultimately end up saying goodbye to one another.

The Truth about Libra Man and Taurus Woman Sexuality

These two are not really a match made in heaven. Venus plays a role for both of them and so their sensuality is good. They’re both passionate and giving in the bedroom.

The Libra man wants to please the Taurus woman and will do whatever she wants him to. He will love it when she takes the lead and tells him what to do or how to do it. It makes it so that he doesn’t have to guess or figure her out.

They both enjoy sex for very different reasons and this is what may pull them apart or keep them from going further. Libra man wants to enjoy the pleasure from the physical while the Taurus woman wants a much deeper connection emotionally.

As attracted as they were to each other when they first met, they were really excited but it’s likely that after they’ve had a romp in the hay once or twice, they end up calling it quits.

The only thing that may change their sexual satisfaction is if they decide to have an actual relationship and work on the areas that they aren’t connecting on. Only true love will bring that about.

As a Taurus Woman, have you conquered a Libra man? How did you do it? Tell me what you know!