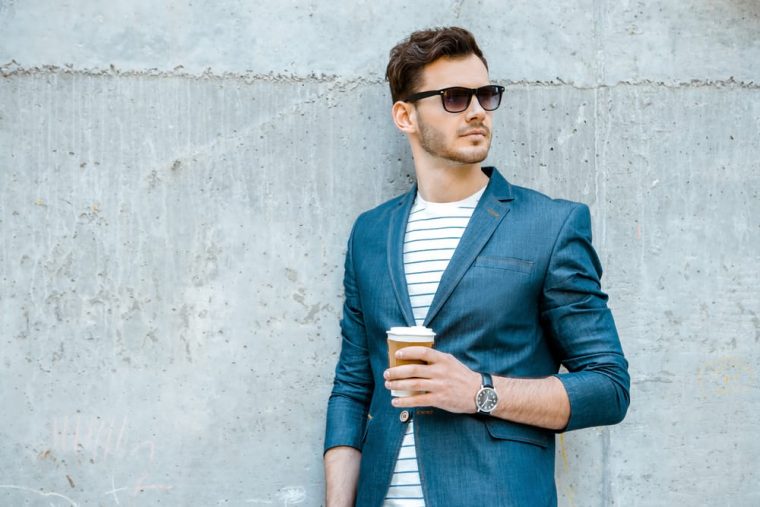 Having a Libra man with an Aquarius Rising in your life is quite an interesting experience. There is just something really sexy and special about him. It is rather a weird combination, because Aquarius Rising men are so detached and aloof, while Libra men are all about relationships.

I bet this causes quite a bit of conflict inside of him and is probably the reason why he ends up driving you so crazy. If you’re interested in understanding more about him and what makes him tick, then please keep on reading!

Who Is The Libra Man With An Aquarius Rising?

The Libra man with Aquarius Rising will be brilliant, passionate about his life and career, terribly funny, fun to be around, social, and driven, no matter what he’s trying to accomplish.

He’s going to be a successful man who knows exactly how to accomplish his goals. He may be someone that will start his own business as he likely prefers to do things his way and being left to his own devices.

If he isn’t running his own business, then he’ll likely have a job that will allow him to get things done in his time and in his own way. These men typically will gravitate to such jobs as writing, engineering, or some type of scientific field. They’re not limited to these but they definitely thrive in these types of careers.

He’s a dependable guy who will follow through on what he says he will do. Libra men often have a hard time being decisive or making a choice with excellent timing. He would prefer to hold it off and mull it over more.

With Aquarius as his Rising sign, he’s going to know what the right thing is and will be a great deal more decisive. He’s intuitive and has a “knowing” of what is going to work and what isn’t likely to work well.

That being said; he will apply this to potential partners as well. Aquarius typically knows fairly quickly whether or not someone is worth their time going forward. This will aid Libra in his quest to find “the one.”

He has a fabulous and unique sense of style but no matter what he wears, you’ll find him unbelievably appealing or sexy. He’s got that natural “come hither” look on him at all times. 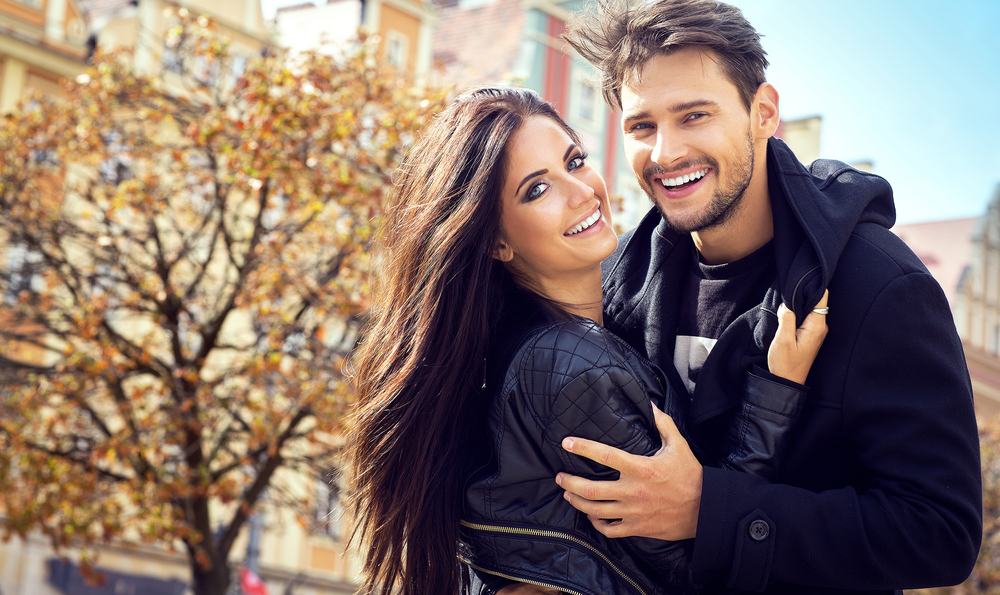 If you’re reading this then you want to know what he’s like as a lover, as a partner, and as someone you’re considering spending your life with. The Libra man with Aquarius Rising is someone who enjoys adventure.

He knows what he wants in bed but may experiment from time to time. He’s not classified as “the best,” but he’ll know what to do and if you ask him specifically for something, he’ll likely oblige you.

Just be aware that even though Aquarius Rising has that sense of if someone is worth their time and effort or not, he’ll still likely take his time because he’s in no hurry to hand his freedom away.

The Libra man with Aquarius Rising is likely to want to spend a great deal of time alone where he can be himself and do his own thing. Only the right woman will get him to start negotiating his free time.

This will take time and much patience if you find yourself truly interested or in love with a Libra/Aquarius man. However; I can tell you that once he decides to commit, he will be very loyal.

He does what he says he will do and isn’t likely to be flaky. If he tells you he will help you with something, he will. If he agrees to meet you somewhere at a certain time, he’ll likely be there a few minutes early.

He doesn’t want to look bad, let alone leave a bad impression in his date or partner’s mind. He appreciates honesty and so he’s good at giving it. As far as feelings go though, he’s not going to be forthcoming.

Libra struggles with talking about his feelings typically and with Aquarius Rising, he’ll just leave it at “don’t ask, don’t tell.” That means that if you want to know something about him or his feelings, then you’ll need to ask. 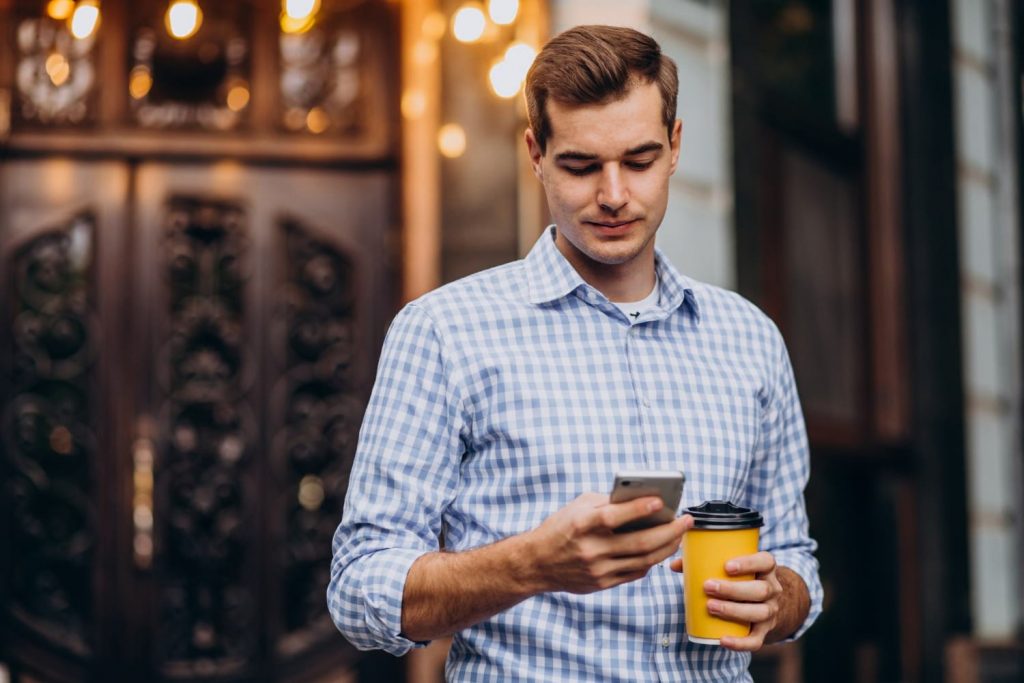 What do you get when you get the beauty and charm of a Libra with the rebellious weirdness of an Aquarius? Certainly, a man who is a little eccentric and out there! This man makes an impression with how he looks.

He demands attention and seeks to impress women with his style and the effort he puts into what he looks like. He might seem like he doesn’t care too much about his effortlessness, but in actuality, he probably puts a lot of thought into what he is wearing.

His appearance is definitely provocative. He knows what will stand out and give him the attention he is looking for. He is striking and gives close attention to detail from everything from the shoes he is wearing to the way he styles his hair.

These men usually have taste and tend to be trendsetters – they’re always ahead of the curve. They’re just super cool and super sexy and I am not surprised why they catch the attention of so many women.

The Libra man with Aquarius Rising is pretty well-rounded. He’s very smart and looking for a woman who is independent, has her own life, enjoys time with him, but will not pressure him to hurry up in a relationship.

Marriage will definitely not be something this man will be in a hurry for either. It will take him a good long while to figure out if his partner is someone he wants to invest in for the long haul.

He’s one that could live happily with a partner without actually having to get married – so beware! If you try to pressure him in any way about this, then he may decide you’re not what he wants and then call it off.

The Libra/Aquarius Rising man also tends to remain friends with his exes and this can be annoying if you’re in a relationship with him and you notice he’s still talking to an ex that just won’t go away.

He may even want to meet up with her now and then for coffee as normal friends would. Be really honest with him about how you feel, otherwise, he’s going to think it’s alright and you’re going to be very rattled.

Don’t let it get the better of you and don’t assume anything. He does keep these friendships but it’s not so that he can backtrack and get back together with the ex. He just sees no reason to cut each other and be mean if it’s not necessary.

This is a diplomatic man who is able to see both sides of the coin so if you explain how uncomfortable you are about anything going on between you two, you’ll find better success in communication.

In fact, it’s best that you have a logical approach when explaining why you feel the way you do. Success and change only come when you let him know there is an actual problem that needs to be worked on.

Making a Libra man fall in love with you is pretty simple.

He is a straightforward guy who loves to be loved.

Being with a Libra man can be a totally new experience, he is so calm and loving, and very attentive.

You have probably never felt like this about anyone…

This man speaks to your soul, and you feel such a deep connection with him…

He is sexy, smart, and incredibly devoted.

So, it makes sense why you are so drawn to your Libra man.

He makes you feel like the most amazing woman in the world!

However, things seem to be going askew with the two of you…

But how can you know what went wrong?

What did you do?

It is like he becomes a different person, totally unwilling to forgive you.

It is crucial that you understand what you need to avoid so that you don’t make your Libra man angry.

You love him so much, and this is the last thing you wanted to happen.

You once thought he was in love with you, but suddenly he is acting all strange…

Whenever you reach out and try to speak to him, you are met with silence or short replies…

You are sure that you didn’t do something wrong!

And when you ask him, he says it is nothing…

Why can’t he just be honest with you so that you can fix it?

He is pulling away, and you know it…

However, you need to be ready to commit to this change because once it has been made, then there is no going back…

There is so much you still have to learn about Libra men and the way they respond to love and romance.

And you deserve to know this information because it can be invaluable in the way you show up in your relationships.

The relationship you have always wanted is at your fingertips…

It just depends on you if you are ready to reach out and grab it!

Wishing you so much love and happiness.

One thought on “The Libra Man With Aquarius Rising – What’s The Mystery With Him?”