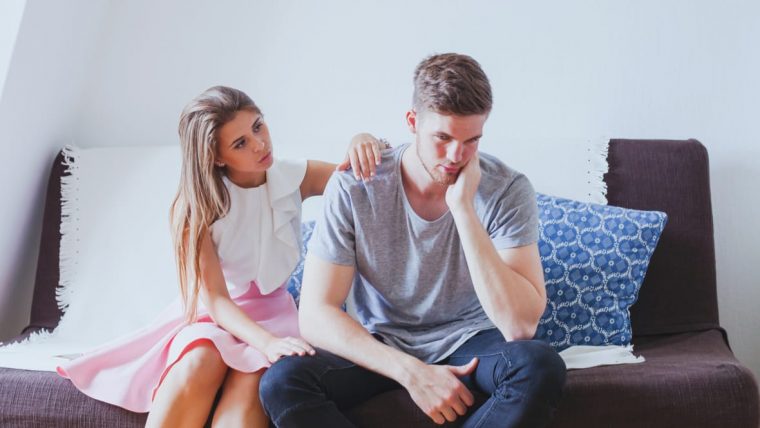 What Is the Most Common Libra Man Weakness?

What is it that gets to the Libra man the most? What is the one flaw that really breaks their relationships and ruins any balance they are trying to build? When it comes to women, he has a true secret that I am going to share with you.

The most common Libra Man weakness is something you need to know so that you’re not caught off guard. You’ll be armed with what you need to succeed with this guy as long as you keep reading for more information.

The Libra man is very picky when it comes to partners. They are looking for very specific things and when they see signs of the things they hate, they will tend to back off or run away.

This in itself is considered to be a weakness. However, for you to properly understand where he is weak, you need to know what he really hates about women because ultimately, that’s what gets to him most.

Here is a list of things that Libra man really can’t stand in a potential partner and will make him feel that a deal breaker is at hand:

Libra men are super sensitive to words. If he at any point perceives he’s being criticized or belittled, he will be very upset. He cannot stand when a woman tells him something without sugar coating it first.

He actually wants a woman who will talk to him softly and with ease. Even if you are only suggesting something helpful, he thinks that you’re suggesting he doesn’t know well enough.

The Libra man loves attention and will love when other ladies flirt with him. While he may flirt back, if he loves you then he won’t cross a line.

I can guarantee you though that you won’t like it. If you act jealous or question his intentions he will become upset and think you don’t trust him which is not something he will tolerate.

If you intend to stand up to him when he’s done something that pissed you off, beware! Libra men do not like to be confronted for any reason.

He feels that it’s unnecessary and that when it elevates to this point, he tends to hang onto it and blasts on you later when you least suspect it. Libra man will leave or try to run from the conflict you’ve brought.

Libra men hate women who are too clingy or needy. He loves having time to himself and space to do what he wants when he wants.

He wants to be able to go do what he feels like without answering to anyone. This is his self absorption and he has to learn how to compromise.

These are just a few things that really set Libra man off and make him feel as though things just may not work out with the woman he’s seeing or thinking of becoming serious with. He wants patience but doesn’t have much himself.

You may have heard that Libra is supposed to represent balance. Well, the truth is, they aren’t balanced at all. They have to work to achieve this throughout their lives. They aren’t naturally born this way.

In fact, they are struggling in their daily lives with trying to find balance. Some become too immersed in their projects, jobs, or daydreams. If they work too much, they forget to play. If they play too much, they slack off on work.

Finding balance is difficult and sometimes elusive. They aren’t sure how to do equal amounts of work and play. This is indeed a weakness that Libra man possesses. It makes relationships difficult for him as well.

If he’s too focused on work or his career, he may neglect his lover or partner. He may find time for her for a week or two then he mysteriously cools off leaving his partner confused. He decided work needed to be priority again.

Basically he realized he’s imbalanced and tries to correct it but in the pursuit of trying to fix things, he then leaves his lover confused and hurt thinking he doesn’t want her anymore.

Sometimes this can actually lead him to deciding that he doesn’t want a relationship or isn’t ready. He just has no clue how to juggle all the facets in his life and maintain a relationship at the same time.

Libra man has to learn the proper techniques to creating and maintaining balance. He normally will learn this better later on in life but sadly; he may leave many relationships in his wake.

If you’ve gotten yourself entangled with a Libra man then you may have noticed that he’s all about what he wants and how he wants things to be. He doesn’t often show this trait right away.

He will wait until he’s been with someone for awhile before he’ll relax enough to start letting it fall through the cracks. Libra man starts insisting on doing what he wants to do.

The Libra guy may blow you off to go do something he finds more appealing or interesting. He’ll come up with excuses or tell you he was invited to be there but forgot to tell you.

There is also when he starts to do other things instead of making plans with you. It makes you feel like he’s pulling back from you or has lost interest. It’s not that, it’s just he wants to spend his time doing his thing.

He may not give reverence to the things you’d like to do. He may ask for suggestions of places you’d like to go but he may still choose a place he wants to go instead.

When you notice that he starts doing things he’d rather do or suggesting things that suit him better, you’ll feel as though he doesn’t care about your opinions or desires.

He says he supports your goals and dreams but he focuses more on his. He tries to seem like a good boyfriend who will back you but when it comes down to it, he may only do what benefits him.

They are also sometimes Narcissistic. They will get close to you then act as though you’re not as important as they are. Beware of him always getting his way while making you feel bad.

If you sense that is going on then you may want to re-think the relationship you are in because surely you deserve better. Not all Libra men are this way though thankfully but they certainly are prone to it.

Another potential problem you may have while trying to get closer to a Libra man is his indecision. They are indecisive about almost anything including where to go eat dinner.

This can prove quite frustrating for a woman trying to get closer to him. You want to move the relationship forward but he’s stuck and not sure if that’s what he wants or if it’s a good idea.

So whether you’re trying to plan on where to go eat together, what to do on your date, or where to go hiking, you will probably have to make the decision because he’s going to be indecisive. This can be rather annoying at times.

He may be indecisive what he wants in the relationship also. Libra man drags his feet and wants to start as friends then see where it goes. He starts acting like a boyfriend though which is very confusing for the woman involved.

The woman that is seeing him or dating him will have to keep asking him where things stand and what the status is so that she’s on the same page as him. It’s not easy but has to be done.

Libra men can be amazing lovers who will put his beautiful mate on a pedestal. That only comes with time and great effort put in. In most cases, Libra thinks for himself first.

Ultimately Libra man will still do what is best for himself first and foremost. If you become a priority in his life, you’re blessed. Remember that but do keep your independence if you want to make it last with him.

I bet you’ll never guess this one… Did you know that singer/songwriter who is sexy as all get out, Eminem is a Libra? He is generous and loving toward his daughter no doubt. Who is the woman in his life now though? I’d like to know.

Did you touch on a Libra man’s weaknesses? Tell me what you experienced!