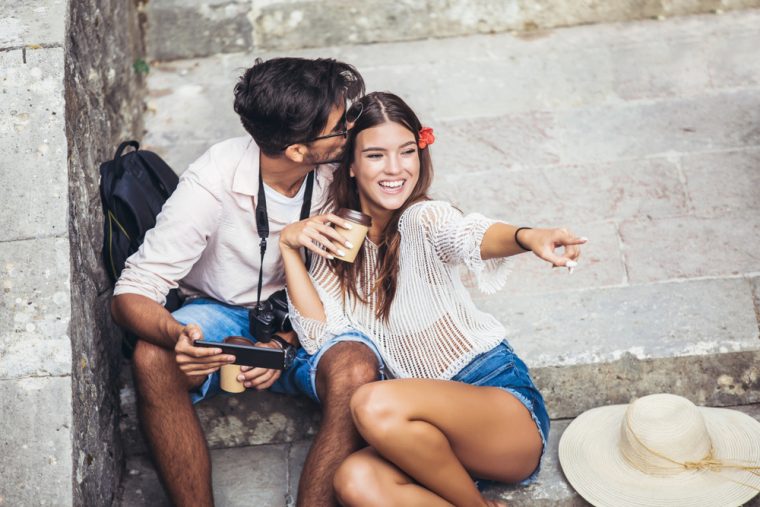 He’s so charming that it’s hard to tell the difference. Let me help you out a bit and share some information with you. What is really going on? Keep reading to find out the signs a Libra man likes you.

1. Heavily Flirts With You

Alright so let’s get right into the signs a Libra man has a crush on you. It’s important to realize what is going on so you don’t miss out! When a Libra man is interested in you, he’s very clear.

Naturally, the Libra man wants to be really clear that he’s into you. Therefore he’s going to flirt like crazy with you. He wants you to feel good and happy when he’s around or even when he’s on the phone.

There’s nothing like the Libra man’s ability to charm a woman. When he likes you, he will lay it on thick and there is no way that you wouldn’t know whether or not he likes you. You’ll feel it.

He’ll compliment you on anything and everything. He wants to see you smile, hear you laugh, and make you feel as though he’s the one you want to spend your extra time with. This is definitely one of the signs a Libra man likes you.

2. Romance Is On The Menu 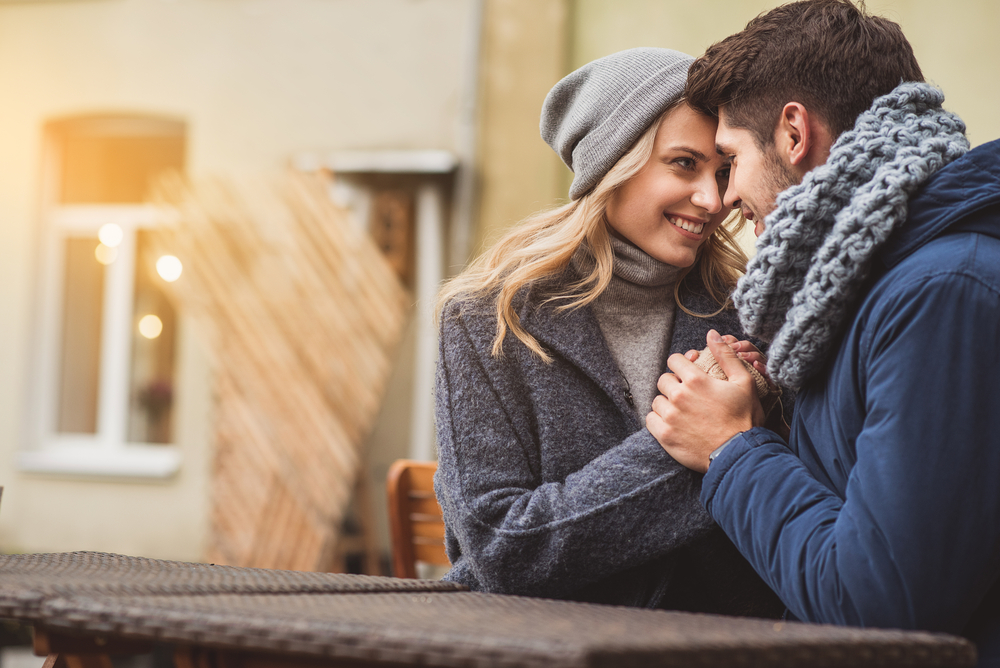 When the Libra man is interested in you, he’ll whip out his old fashioned ways to woo you. He’ll be the guy that wants to properly take you out on dates and court you overtime.

Granted it may take him awhile to become more serious, when he’s taking you on dates, he gives you his all. He will be warm, easy to be around, and will say all the right things to make you tingle inside.

He isn’t one to come across as a pig headed sex crazed type of guy so you need not worry about that. He’s always a gentleman and will open doors for you, pull your chair out, and be very cordial. You may get flowers, candy, or small gifts as well.

Seeing how wonderful he is toward you will show you how to know if a Libra man likes you.

The Libra man is very thoughtful. I mentioned him being romantic but he’s also sentimental. He may buy or make a box that he can keep the movie ticket stubs from movies you’ve got to together in.

How do you know a Libra man likes you? He will do things like this. He’ll save fortune cookie fortunes from places you’ve eaten at together, menus, napkins, etc. He likes to keep mementos of your time together.

He will go out of his way to put meaning into little things that most men would take for granted. He’s an impressive one alright. Libra man is a real prize if you’re able to wrangle him in.

When a Libra man is interested in you, you need to be sure you’re returning the favor with some consideration. He’ll love this sort of thing. Even little things will capture his heart.

I mentioned the importance of small things with Libra man. The other thing about him is that he will go out of his way to help his lady. If you are in need of anything and he can help, he’ll do it.

If you’re in need of an oil change, he may not do it but he’ll take your car to have it serviced. He doesn’t mind making your life easier or more pleasant. That’s only if you’re working hard and taking care of yourself.

He really doesn’t like women who are needy and cannot take good care of themselves. He prefers a woman who is independent and CAN do things for herself but doesn’t mind a little help from her loving Libra man.

If he’s going out of his way to do things to help you, this is his way of showing you that he likes you and wants to explore things further. He’s a great guy! 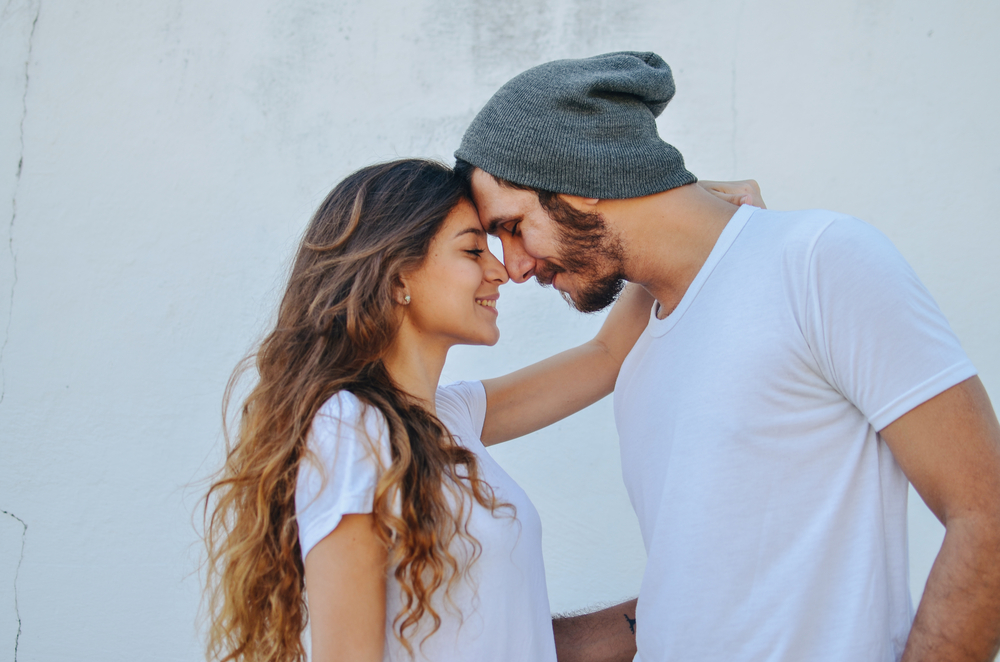 If a Libra man likes you, he’ll start to let you into his private world. He may not tell you all his deep secrets as he reserves that for when he’s truly in love. However, he will let you in on small things he doesn’t tell anyone else

He will show his softer and gentler side to you as he wants you to know that he has a wonderful heart open to love should the right woman show up into his life. He thinks that may be you.

Vulnerability isn’t something he likes to wave around for everyone else to see. He wants to appear solid, independent and someone that can handle his own. However, he still would like to have a lady who treats him well and to share his life with him.

How to know if a Libra man likes you for sure can be answered with his behavior.  When a Libra man likes you, he’ll keep in touch. He’ll develop a daily texting habit with you if not calling. He wants to stay in touch no matter what is going on. This way you know that he’s in your life.

He’s more than just “interested” in you when he keeps in contact with you on a consistent basis. He’s not ready to be serious or married by any stretch but he IS letting you know that he likes you and wants to see what develops.

Libra man may not discuss anything about longevity or what label should be placed on what he has with you but as long as you have patience with him, this will come with time.

It’s also likely that Libra man will just flat out tell you that he likes you and he wants to see where things lead with the two of you. Libra isn’t mysterious when it comes to things like this.

He’s one of the easiest guys in the zodiac to get along with. He’s calm, easy going, and fun. He’s also forthright as far as telling you if he likes you, loves you, or wants to be serious.

He’ll also be really honest about if he isn’t into it or doesn’t want a relationship. There are the alternative signs but mostly, he’ll just tell you. When he doesn’t, you can ask and he’ll be honest with you.

You never really have to wonder about what is going on with this guy as he’s pretty up front with what is running through his mind. Whatever you do, don’t pressure him. Let him set the pace and go from there.

Read next: 7 Reasons Why Women Fall in Love With Libra Men

I hope this has helped you figure out “how do you know a Libra man likes you?” He has some distinctive signs but he for sure will make himself known to you when he’s interested.

I hope this article has helped you determine the signs a Libra man has a crush on you. Speaking of a crush, who doesn’t have a crush on gorgeous and talented Zac Efron? Wouldn’t it be nice if he returned the favor? Of course it would!

If you’re ready to learn more on how to know if a Libra man likes you, and if you want to catch him and keep him click here to learn more about Libra Man Secrets.

So now how do YOU know if a Libra man likes you? If you’ve got some insight with personal experience, please tell me about it!

5 Shocking Things Every Libra Man Wants In A Relationship

How To Flirt With A Libra Man Over Text: Cute & Clever Examples

How To Attract A Libra Man In August 2021

7 Signs Libra Man Wants To Commit To You

7 Ways To Show Your Libra Man That You Appreciate Him

How To Keep A Libra Man Interested For A Lifetime