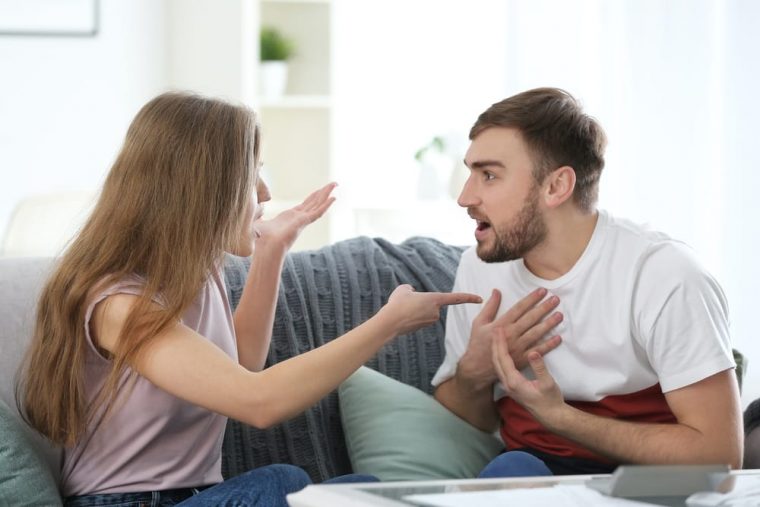 The Libra man is so charming and seems nearly perfect. What is the catch with him? What are his dark points? Keep reading to find out more when it comes to the Libra Man negative traits. It might help you decide whether or not he’s worth having in your life.

Hard To Get To Commit

The Libra man is finicky, insecure, and indecisive. This can make him take much longer to commit than most other men of the zodiac. It’s not that he doesn’t want to; it’s more that he’s afraid of the ramifications of it.

However, when he does this, he’s not being his authentic self and the person who is dating him is therefore confused and wonders who he truly is. He may act hot and cold because he’s awkward and doesn’t know how else to be.

He’ll seem as though he really digs the heck out of someone and wants to commit then he’ll go quiet, blow off dates, or not be available to get together for awhile claiming he’s busy.

In circumstances where he’s dedicated to his work or life passion, he may even put romance on the back burner because his dedication to himself is stronger than it is to anyone else.

Self Aware And All About Him

I mentioned briefly about him being dedicated to himself. This is where the selfish side can emerge. He can be a generous person but he will always put himself first because he feels he has to.

He may do things that seem very self serving and cold. You may be asking in your head right now “what does that mean?” Picture yourself living with a Libra man. He comes home from having gone to the store and bought himself a TV dinner.

He hasn’t even asked you if you had dinner plans, if you would like something from the store, or if you already cooked. He’s thinking of HIM first and foremost and this is normal for the Libra man.

Over time he begins to learn who you are and this may change a little bit but he will still other things that are more self serving rather than for the good of your relationship. It may make you feel put off to the side or unappreciated.

Difficult To Get In Touch With

There are times where Libra man is very busy and very social. This may make it hard to get a hold of him when you’d like to talk to him. He may take awhile to get back to your phone call or text message.

Sometimes he blows you off in order to do something that suits his desires better. Perhaps you had birthday plans with him to celebrate your own special day but he decides to go out of town to do a convention because he’ll get seen by important people there.

Even when things seem to be going well, it may be hard to get him to call or text as often as you like. As long as you realize he’s busy and he’ll get back to you, you’ll be alright. Don’t expect him to jump at it though.

This makes it hard for a woman when she actually wants to spend time with a Libra man whom she cannot even get a simple phone call with. Even if she talks to him, he doesn’t seem to know when he can pencil her in for a date.

Indecisive And Can Be Flaky

The Libra man never fully knows what is right or what he should do. He bounces his ideas back and forth in his head many times over before he’ll actually commit to doing something, eating something, or even talking to someone.

He’s analyzing constantly and not ever fully sure of what he’s doing. This can make him seem as though he’s very flaky. He may tell you he wants to go to a certain place on your date but then changes his mind when he picks you up.

He may also suggest getting together on a certain weekend but something comes up that he cannot resist so he asks if he can give you a rain check. He may tell you he’ll help you with something but then forgets conveniently.

There are many scenarios you can imagine with what I’m telling you. He’s just not someone that is completely dependable. He changes his mind often and he has a hard time sticking to what he says he will do.

He doesn’t mean to be a flake because he never wants anyone to think that way about him. However, he seems to blow things off to do what he wants to do or what he thinks is best instead of seeing his original plans through.

Libra men also have a tendency to back out of things they really don’t want to do which is again, a more selfish motive when you think about it. He doesn’t like sacrificing his time or efforts unless there is reward for him.

Lives Out of His Means

Many Libra men love having the very best of everything. This can sadly mean they may run their credit card bill up and end up in debt. He may live as though he has lots of money when he’s really only making minimum wage.

He may dress as though he is quite well off but the truth is, he’s barely making it by. He likely lives paycheck to paycheck. If he doesn’t he probably IS still working on paying off some past debt.

He never seems to be financially out of the weeds and struggles a lot. Of course if he ever gets lucky enough to accrue lots of money, he might spend it quickly because he’s not good at saving.

Are you dating a Libra man? What are his worst aspects? Tell me about it!