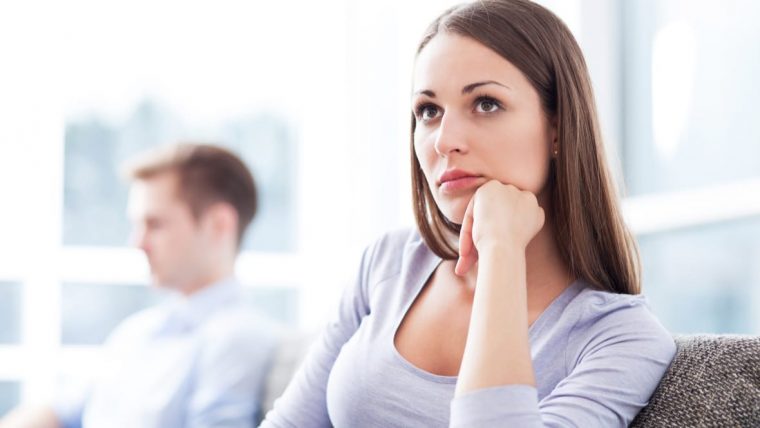 Should You Trust a Libra Man or Not? (Here’s How to Tell)

Libra men can be a bit confusing, as they are not always open and upfront. They do hold secrets and they are mysterious, which can make it hard to tell whether or not you can trust them.

Can you, or should you, trust a Libra man? Well, here are some things you should know that can help you make that decision. Don’t take chances before you read this!

Here is something that you should know. Libra men are susceptible to what other people say or advise him. If he has people in his ear telling him not to do what he’s planning, he can very easily change his mind.

If this has anything to do with you or what he wants to do, it could cause some problems between you. He needs to talk to YOU about his plans and desires with you, not other people.

Now, Libra men can be rather private and there are only a few people he actually trusts enough to talk about his private life with. Where this causes problems is when it comes to promises he makes to you.

This can include plans to do things or plans to get closer. If anyone has told him that they don’t like you or that they don’t think you two are good together, he may consider this and it will make him second guess himself.

This makes him want to review your relationship again and whether or not you’re the one. Just when you think he’s decided and you’re good, he turns around and expresses concern or he goes quiet.

He becomes indecisive yet again, and you’re left wondering if there is a future with him. You can never fully get comfortable until he puts a ring on your finger and says “I do.”

Even if you move in with him and when he’s not with you, he’s with his friend or co-workers and their filling his ears with their thoughts and he absorbs this. He will second guess himself and his choices.

This can cause him to decide not be home much or say “yes” to taking trips without you. He will avoid you or try to stay away from you. This will include him signing up for overtime at work or at the very least, saying that’s where he is.

Just know that other people can influence your Libra man and you’ll have to constantly try to sway him back to you and constantly show him why you’re the right one for him. 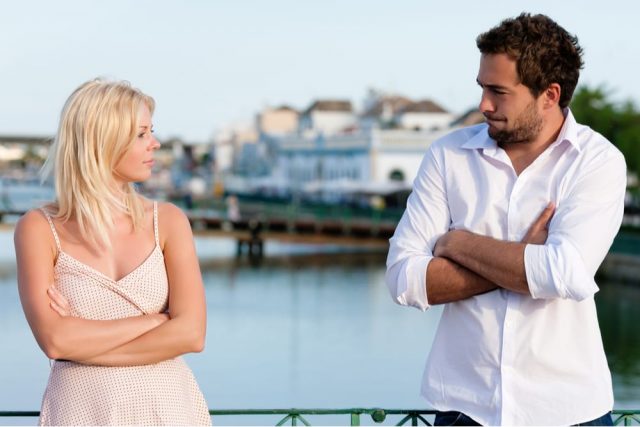 Even without other people influencing him, your typical Libra man is naturally pretty indecisive. It’s part of who he is. If he isn’t sure, he will drag things out a lot longer than one is typically use to or comfortable with.

He may decide, but then something happens so it makes him go back on what he said or promised. This is when he can flake out on a date or plan with you coming up.

He is easily distracted by other circumstances. You may have plans to meet up but his buddies told him about this awesome concert happening and he decides to call it off with you so he can go with them.

Libra man may not tell you the reason. He won’t lie, but he’ll say something else came up and he feels he needs to do it. That way, it’s sincere, but at the same time he is backing out of your date.

He’s very clever when it comes to this delicate dance. He decides what he wants in that moment. So, don’t be surprised if you have plans with him that suddenly he changes or promises a rain check.

Libra men will go back and forth many times before they decide to fully commit to you, and even then, they still may have questions or concerns that can hold off a marriage or living together.

It seems to always be a “is this going to work?” for the poor women that are hit by Libra man’s confusion and indecision.

Now, Libra men are actually ruled by Venus which is the planet of love, desire, passion, and all that is good. This makes him want the very best in both love and life.

Although it also makes him question himself, if he’s made the right decision to get exactly that. This is why he’s so back and forth. He wants the best, and then when he gets it, he becomes confused.

He doesn’t know if it’s too good to be true, or if you are a legitimate love for him. So you see, this confusion of his is due to a lack of trust in himself and his decision making processes.

And that’s on him, not you. I understand it causes stress and confusion for you. The thing is, if he does truly love you, then his love will prevail and you will finally get him to fully commit to you for the long haul.

Once he does commit, then he’s in it to win it. It’s just sometimes a rough journey to get there. Ultimately, he wants “the one” and no matter how much he tries to pretend he is a solitary person, he was born to be in a “pair,” not to be alone.

Once he learns this and gets that straight, he’ll find the one. The more he keeps putting his career and other things in front of love, the more he pushes the right one away from him.

Until he realizes this, then he is doomed to walk through his life lonely. This also causes him even more confusion, as he thinks women just don’t like him or want to commit to him.

It’s indeed a very confusing life a Libra man lives. It makes it confusing for a woman who is completely in love with him and wants a future with him as well. It is possible, but it will require a strong woman with lots and lots of patience.

Read next: Dark Side of Libra Man – Be Prepared and Take Action

So naturally, a Libra man CAN be trusted –but he has to clear up his own personal confusion first and foremost, so that he doesn’t confuse anyone else. If you are pursuing a Libra man, you better hang on.

You’re going to have the patience of a saint to stay with this guy. If you do, you’ll be well rewarded by his love and devotion. Until then, you can expect him to bail out from time to time or even go quiet.

When he does this, you should simply let him be. Give him time, then ask him how he’s doing. He will come back around as though nothing happened and he’ll be happy to talk to you.

Show him you ARE the woman he wants and don’t waiver. Don’t try to be something you’re not and don’t try to change yourself to suit what he wants at the time. Stay who you are, always.

When you do that, you show him that you are stable and that you are someone he feels he can be with for the long haul. You can win the Libra man into commitment but don’t push him.

He is stressed out as it is, with his insecurity, his indecision, and his lack of balance that is implied by his sign. I know that sounds odd but honestly, every Libra I have ever known is trying to learn that balance that their sign indicates.

That being said, you should understand he doesn’t really know what the heck he’s doing. He needs someone to influence him for the best and you can certainly do that.

Show him you are someone he can trust and talk to. Then perhaps he’ll listen to you before he listens to others. He needs to know that he can rely on you and that you won’t bail on him when he is confused.

Always ask him for the truth and always give him the truth. When you talk to him, do it in a logical way instead of emotional. If you are emotional, he will shut down and cannot handle it very well.

He needs you to stay cool, calm, and collected when you talk to him. He IS one of those that sometimes needs to have things sugar coated in order to take it. If you can’t do that, then you may not last with him.

Speaking of sugar, did you know that cutie pie super star singer, songwriter, and actor Eminem (Marshall Mathers) is Libra? Yep! He’s a tender-hearted guy that gets hurt easy.

Now that you’ve read this, are you a woman that has learned to trust Libra man? How did you do it? I’d love to hear your story!

And if you’re yearning to know more about this flip-flopping Libra man, check out my Libra Man Secrets.

5 thoughts on “Should You Trust a Libra Man or Not? (Here’s How to Tell)”